Who Was the MVP of GAME OF THRONES "The Long Night"? - Nerdist

Who Was the MVP of GAME OF THRONES “The Long Night”?

Warning: This post contains spoilers for Game of Thrones‘ “The Long Night.”

It’s not easy to pick an MVP every week for Game of Thrones, and we really had our work cut out for us with “The Long Night.” There were a few good candidates. Beric Dondarrion was saved by R’hllor, the Lord of Light, over and over so that he could protect Arya, the girl who would kill the Night King. In the end, it wasn’t Jon Snow or Daenerys Targaryen or anyone with a personal vendetta against the show’s big bad who got to kill him.

It was Arya Stark, trained assassin, who stabbed the Night King with Valyrian steel, effectively killing him and his entire White Walker and wight army, and saving all of mankind from the threat of death. And while Arya saved the day, she couldn’t have done it without the episode’s real MVP: Melisandre.

Melisandre arrived at Winterfell shortly before the White Walkers did. The priestess left Westeros last season, but arrived this week armed with new powers. We don’t know where, exactly, she spent her time—although book fans might assume she returned to her home of Asshai to study up on magical arts—but we do know that she fulfilled what she teased last season: That she would come to Westeros one more time to die. 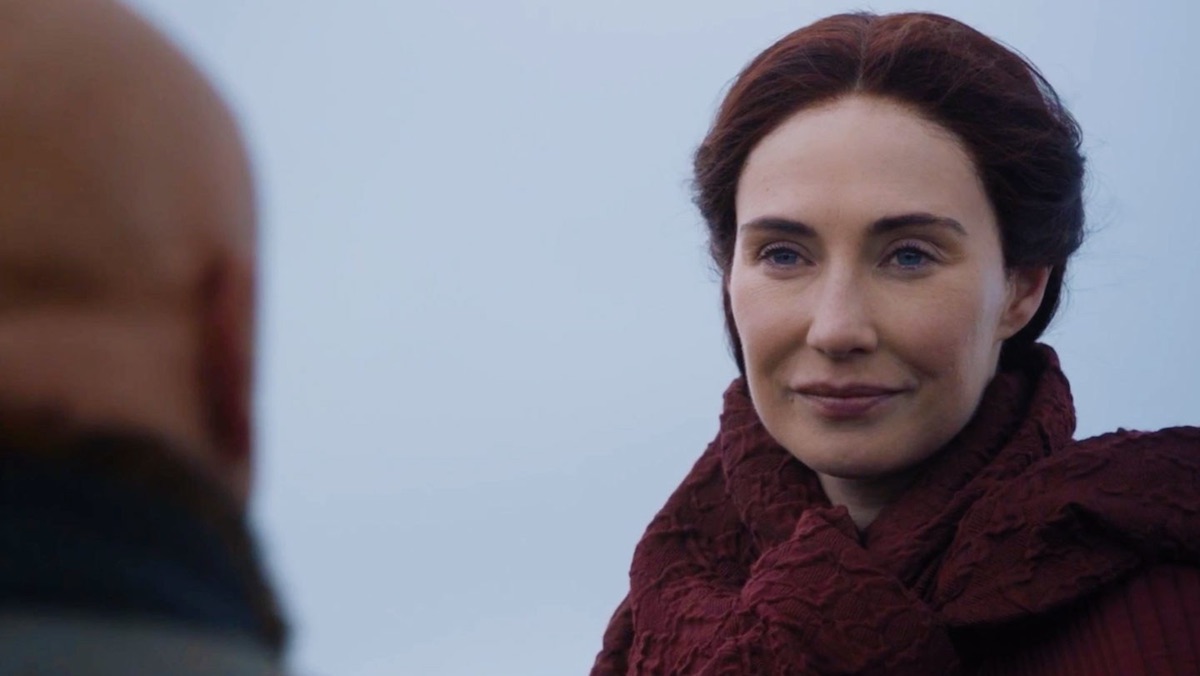 But her death wasn’t the most significant part of her role in “The Long Night.” When she appeared in the episode’s opening frames, she asked Jorah to command the Dothraki army to raise their swords. Suspicious of the red queen, who was up to no good in seasons past, Jorah hesitated, but eventually directed Daenerys’ loyal horse warriors to follow suit. It was a good move, since Melisandre spoke an incantation that lit their swords on fire, à la Beric’s flaming sword. It must be a trademark trick for the Lord of Light.

The flaming swords didn’t help too much, as the Dothraki army was almost immediately snuffed out by the White Walker army. But it did buy time for the Unsullied, Wildlings, and Northern armies protecting Winterfell. And it wasn’t the only trick up Melisandre’s sleeve. She also set fire to the forge to light the way for Dany and Jon, who were lost on their dragons in the Night King’s ice cloud.

Melisandre’s real shining moment was when she reencountered Arya in the Winterfell hall. Fans will recall their prior meeting, way back in season three. That moment was loaded with foreshadowing, as Melisandre took Arya’s face and saw her future. “I see a darkness in you,” she said, looking into Arya’s eyes. “And in that darkness, eyes staring back at me. Brown eyes, blue eyes, green eyes. Eyes you’ll shut forever. We will meet again.”

That moment both predicted Arya’s assassin training at the House of Black and White and their final meeting at Winterfell in “The Long Night.” When they once again came face to face, Melisandre repeated the line about the eyes. She also delivered one other crucial line. She reminded Arya of the words of her sword-fighting instructor, Syrio Forel, who was killed in season one: “What do we say to the god of death?” To which Arya responded, “Not today,” and marches off to fulfill her destiny.

Arya was the one to kill the Night King, but without Melisandre, she would never have found that strength or purpose. It appears the red priestess was also called upon for a special role in the battle against life and death. After Arya successfully slayed the entire undead army, Melisandre—having fulfilled her purpose, like Beric—walked into the other slain bodies, removed her enchanted necklace, lay down on the ground, and died an old woman.

She may have only gotten one episode this season to shine, but the woman who resurrected Jon Snow and helped save the world from the long night was returned to her righteous path, her past misdeeds—killing Renly and Shireen—atoned for. Arya got the evening’s shining moment, but Melisandre was the glue holding the plan together.