Meet The Mother and Daughter Who Bake Board Game-Themed Desserts

We’re counting down the days until International Tabletop Day 2018, happening this year on April 28th! As we get closer to the big day, we’ll be looking at the gamut of tabletop gaming, from the stories of the games we play to remarkable people who love them. Be sure to join in on the fun on April 28th on our official ITTD Twitch Stream, hosted by Ivan van Norman and donate to charity:water, the worthy cause we’re supporting this year.

As a professional baker 10 years ago, Stephanie Campbell created custom cakes and desserts for her own business, blogged about baking, and contributed to a popular cake decorating magazine.

Her business was put on hold, however, when her husband accepted a job in China. Their family moved overseas for two years and it was during this time that she discovered a new passion.

“In China, our love of board games really blossomed,” she said. “Without my baking to keep me occupied, and a lack of TV to watch, our board game collection grew significantly. We would spend hours as a family playing Splendor, Camel Up, Dixit, and many others.” 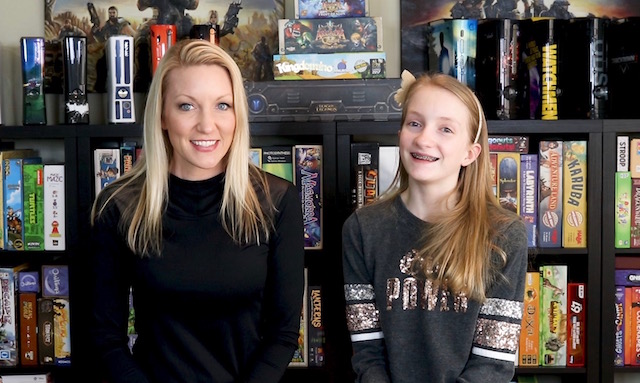 When they returned to the U.S. she decided to pick up where she left off, but with a few changes. She wanted to share her baking knowledge with others while creating treats just for her family and friends. She also combined her passion for board games with her love of baking.

“When we moved back to the U.S. it was harder to lure the kids away from the slew of TV and YouTube options,” she recalled, “so I made my first set of board game cookies based on Karuba to get them back to the table playing games.” Board-game-themed treats soon became a new tradition in their household. Her daughter Shelby also became her assistant.

“She calls herself the ‘C.T.T.,’ the Chief Taste Tester,” she said. “She has always enjoyed helping me bake. We have shared many moments in the kitchen together.” Each dessert comes with its own challenges, even for an experienced baker like Campbell. Her most recent cake was inspired by Stuffed Fables and it turned out to be her most difficult: she wanted to recreate Theadora.

“This cake was pretty challenging as she was a standing teddy bear and I had to create a special cake stand for her,” she said. “I made her out of cake, buttercream frosting, rice crispy treats, fondant and modeling chocolate.” 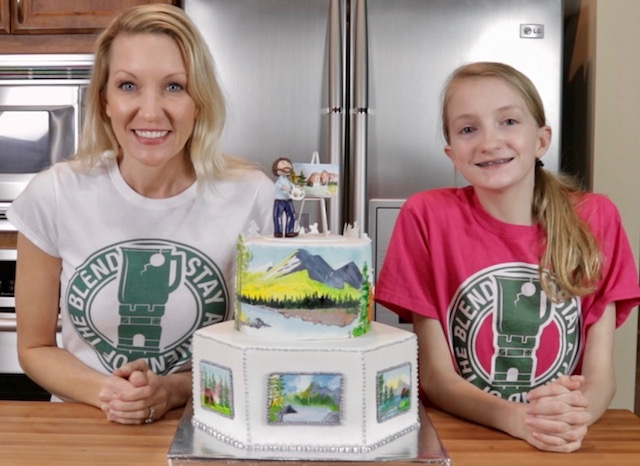 The realistic-looking cakes and cookies can be a difficult task in more ways than one. “The large cakes are sometimes hard to eat because they look like the real thing which creates hesitation to start carving it up,” she said, “like when we made a cake that looked like a porg from Star Wars.” Campbell recently launched her YouTube channel, Sugar High Score to document her growing passion for creating board-game-themed treats.

“We were really surprised when a couple of our videos took off and we had designers and publishers reach out to thank us,” she said.  “We are relatively new to YouTube and have so much more to learn, but are really enjoying it, and the time we get to spend together. We are very grateful for the support the community has given us.”

She’s looking forward to continuing to share her baking skills on Sugar High Score and even with her kids’ busy schedules, Campbell still finds time to make one video each week.

“Those that watch our channel can expect to see new board-game-related treats as well as video game, movie, and even non-themed bake treats on a regular basis.”

Check out Stephanie’s amazing board-game-themed desserts, including her most difficult creation (Stuffed Fables‘ Theadora) in the gallery below.

Have you made your own board-game-themed treats? Tell us in the comments! And be sure to join us on April 28th on Twitch for our International Tabletop Day stream hosted by Ivan van Norman, and help us support charity:water to raise money for a project to get water to a community of people who currently lack access to clean water.