Meet The Employee Who Ended Up Owning This NY FLGS - Nerdist

Mindi Rogers Green’s story is perhaps a familiar one to those of us with go-to local shops. She turned a part-time job into owning Jupiter Games, a specialty gaming store and event center in Johnson City, NY.

“I first started working at Jupiter Games in 2010, as a part-time sales clerk. My background was in technology and sales, so it felt natural for me to put those skills to work. I started by designing systems to better track Magic singles inventory and pricing, and later leveraged that work to build a custom online sales platform. Over the years I took on responsibility for technology, marketing, and store management. In 2012, after a significant restructuring of the company, I was offered a partnership. The business has grown a lot in these last five years and as General Manager I now oversee all business operations, two managers, and nine total staff.”

She believes the resurgence of tabletop gaming popularity is helped by the evolution of the games themselves, which keeps people interested and coming back for more. “What I like the most about the board game market right now is the variety. No matter the niche, there are so many games to choose from. You aren’t stuck playing the same game over and over again. You have so many options!”

While she has played before, Mindi admits it took awhile to get fully invested. “Board games never ‘clicked’ with me until 2005-2006. That’s when I discovered Runebound, Descent, World of Warcraft, and Twilight Imperium. I was hooked. My favorite game is probably Ingenious, but there are so many great games on the market right now! While it’s also a bit dated, my husband and I are really enjoying the Pathfinder Adventure Card Game. It’s been a date night staple for the last couple of years.” 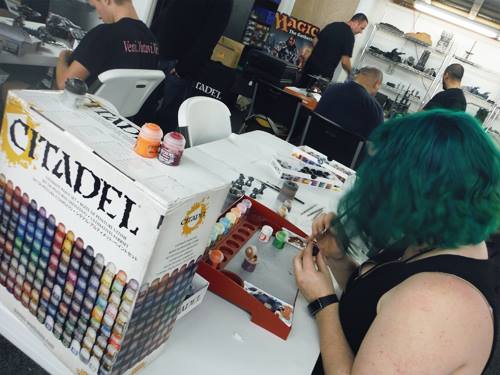 Getting into gaming can be daunting for a lot of people, especially those with trouble socializing for various reasons. But Mindi can speak to how it can have positive effects on players. “I’m an introvert and I get very uncomfortable in social situations. For me, board games provide social interaction, but with a reassuring structure. This allows me to relax and have a genuine social experience. I guess it’s not quite a skill that’s learned from a particular board game experience, rather an opportunity to practice that skill.”

If you are trying to get more friends to play, particularly those with little to no previous experience, Mindi has some tips for you. “Acknowledge that even the simplest game can be overwhelming for someone new to the hobby. Start with something light and go slow, then build on that as they gain confidence. Don’t let your excitement take away from their experience. That first demo or play-through needs to be fun and engaging. Remember that it’s not about you, or about making a sale. It’s about igniting that spark.”

Speaking of new players, if she were to recommend a board game for aliens to play, what would she recommend? “I would have to go with Ingenious. There’s a reason it’s my favorite game. It’s a simple game on the surface but it has depth. It is somewhat self-explanatory, so the aliens don’t need to read our earth-based languages to figure out how to play. And it would tell the aliens that we are creatures who value logic and reason.”

Mindi understands how key it is to have a go-to place to play, whatever the involvement level. “Jupiter Games places a high level of importance on in-store play. Our in-store Events Center has roughly 2500 sq ft of table space. This allows us to host several simultaneous events and still allow space for open play. Our weekly events run the gamut from super-casual to competitive.”

Jupiter Games has built a strong gaming network over the years, even when the number of people coming to the shop fluctuated. “The gaming community is always evolving. Our board game and miniatures communities were once composed primarily of graduate students. One by one the cornerstone players left the area, and for a few years those communities struggled. We now get 30+ players for our weekly Board Game Night and our miniatures tables are always active. There have been similar changes in our Magic community. We once ran the largest monthly Magic tournaments in the Northeast. We would draw 80-100 players from across the region one day every month, yet we had very few local players participating in our weekly events. These days we see more than half that number of Magic players every week and our community is far healthier.” 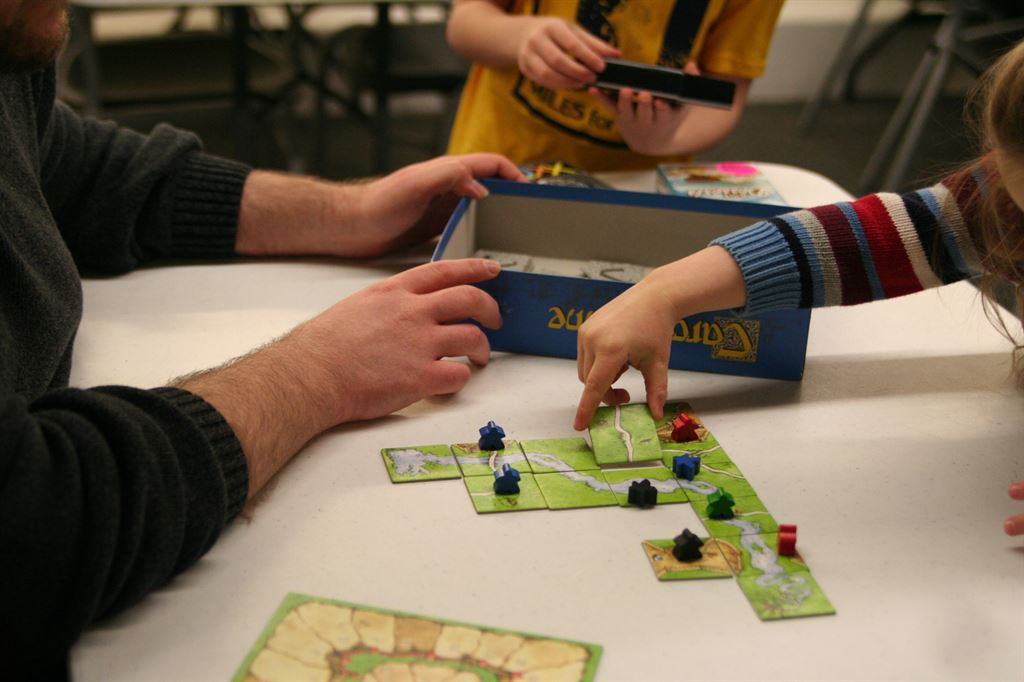 And that health is no doubt partially attributed to the vast diversity of events they host like monthly tournaments for games like Warhammer 40k, and Android: Netrunner community-building events that include “learn-to play days” and model painting and terrain-building seminars. “We [also] participate in Organized Play programs like AsmoPlay, CMONPlay, and #PlayMunchkin. We are trying to revive our in-store Roleplaying organized play [and] we run events to benefit local charities.”

If you’re in the area and want to stop by (especially on ITTD), Mindi would love to see you! “On Tabletop Day, we invite our diverse gaming community to come together and share their favorite games through demos (and sometimes full play-throughs) of those games. This year’s Tabletop Day Gamestravaganza will feature these demos plus open gaming, a Star Wars Destiny Spirit of Rebellion Preview, Magic: the Gathering Amonkhet Two-Headed Giant Sealed Tournament, an Android: Netrunner Terminal Directive Release Event, and a Heroclix Avengers/Defenders War Prerelease Tournament.”

Does your friendly local gaming store have a staff member that makes your visit that much more special? Tell us about them in the comments!

UK’s HackLab Ensures the Future of Tabletop Games and ...