We’re counting down the days until  International Tabletop Day 2018, happening this year on April 28th! As we get closer to the big day, we’ll be looking at the gamut of tabletop gaming, from the stories of the games we play to remarkable people who love them. Be sure to join in on the fun on April 28th on our official  ITTD Twitch Stream, hosted by Ivan van Norman and donate to  charity:water, the worthy cause we’re supporting this year.

Timm Metivier began his post-college life as an air-traffic controller before pursuing his true calling as a professional entertainer. He did comedy and magic shows on all of the major cruise ship lines, moved to England for a few years before coming back to U.S. and finding his way to Las Vegas.

After growing tired of the demanding travel required as a cruise ship entertainer, Metivier soon turned to his lifelong passion: board gaming.

Nearly six years of research and visits to almost a dozen board game cafes around the country later, Metivier opened Meepleville Board Game Cafe in Las Vegas two years ago. With his skills as an entertainer — he still writes comedy and performs occasionally — Metivier knew he could make Meepleville into a successful business.

“We’re here to provide a great experience of board gaming,” he said. “People can buy a board game online cheaper. They can get better food at a thousand different places here in Vegas, but we’re selling the experience. When they come here and play, we have restaurant-quality furniture, we have custom tables with Game Toppers, and we have over 2,000 games.” 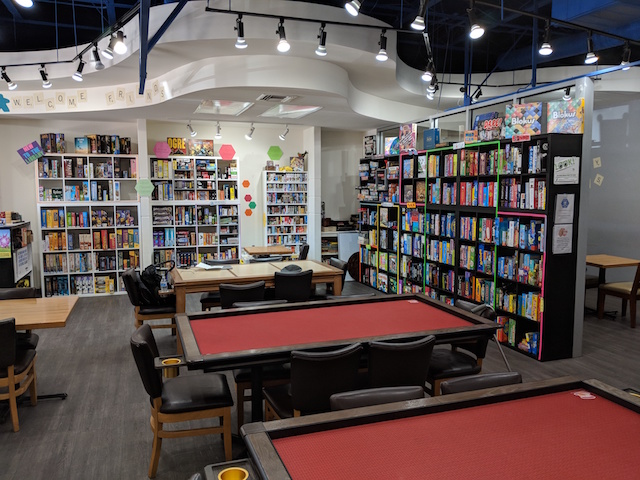 Being in a city like Las Vegas has its challenges, however. With fine dining, live shows, and natural wonders like Red Rock Canyon to name a few, the entertainment choices are seemingly limitless. “Here in Vegas, it’s unlike any other place in the world,” he said. “You could literally do something awesome every day for five years and never repeat a thing. There’s always something going on.” 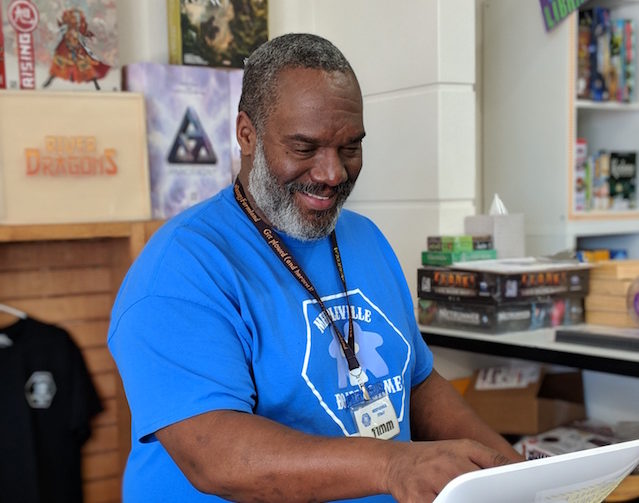 Even with so many options vying for everyone’s entertainment dollar, Metivier believes there are rewards of running a board game cafe that go beyond dollars and cents. Teenagers playing games with their parents and grandparents together at a table is not an uncommon sight at Meepleville, for example.  Or a recent visit from a large group of high school freshmen and sophomores. “Their teachers were amazed,” he recalled. “They said it was a record for them: in the two hours they were here, they saw only one phone…That’s one of the big rewards for me.” 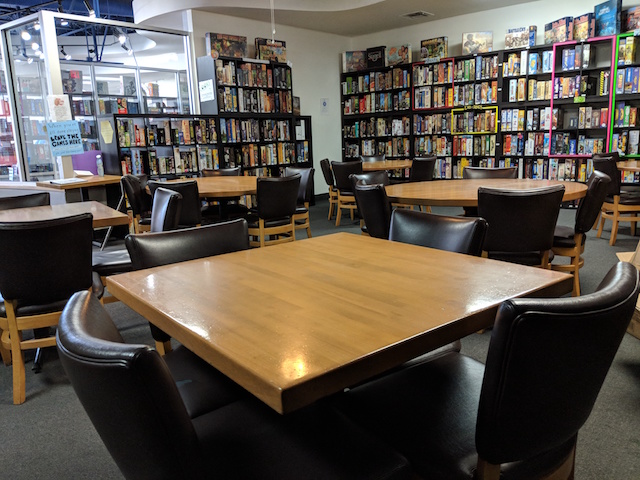 Seeing the students playing board games is something that Metivier hopes to do on a larger scale.

“I’m trying to get involved more with the school system,” he said, “but sometimes it’s tough convincing administrators that games are not just play. They’re not into it, so they don’t see [the benefits]. They don’t realize how it sharp it keeps you and how it helps you in all aspects of your life.” He noted the rise of bullying and cyber-bullying and how places like Meepleville could address these types of problems.

“That’s one of the biggest problems with bullying; kids don’t think, they just act,” he said. “Gaming is one of the biggest things to help with that because you have to make decisions before you act in a game. You have to think out your decisions. If [young people] do an activity like this, they constantly have to think before they act because there’s repercussions for every move you make. I think it would help a lot with bullying.”

As for the future of Meepleville, Metivier hopes to expand into other parts of Clark County. With a population of over two million, he’s looking into other cities that could support another location. A recent remodel of the store combined the retail store and cafe so customers may now shop and dine in one side of the store before passing through the big meeple in the wall to play in the large gaming area. 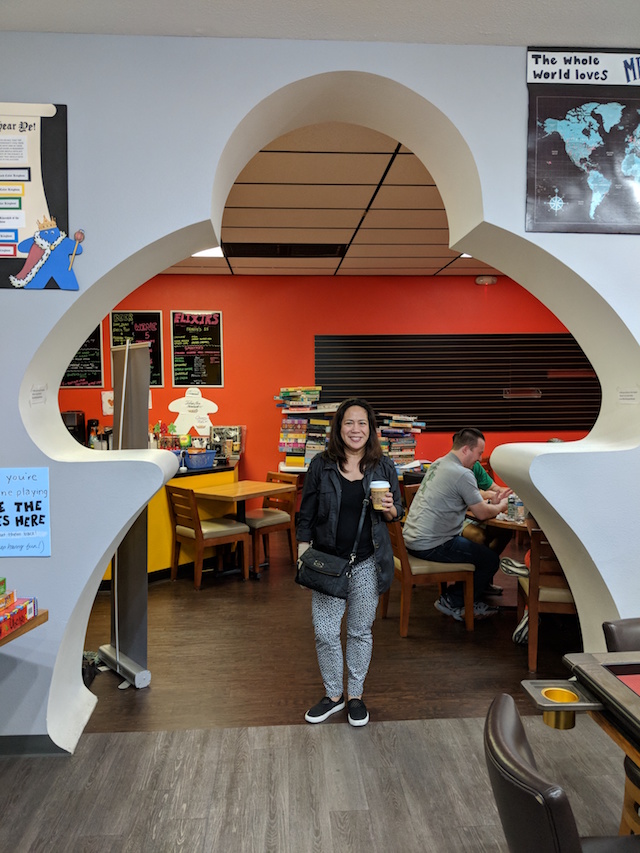 Ultimately, he’d like to see board game cafes become a part of everyone’s daily lives. “Board gaming is becoming normalized,” he said. “I like the fact that I can bring that to people and give them a place to socialize and have face-to-face interaction.”

Meepleville Board Game Cafe is located at 4704 W. Sahara Ave., Las Vegas, Nevada.  You can visit their  Facebook page for more info.

Have you been to a board game cafe? Tell us about your experiences in the comments! And be sure to  join us on April 28th on Twitch for our  International Tabletop Day stream hosted by Ivan van Norman, and help us support  charity:water to  raise money for a project to get water to a community of people who currently lack access to clean water.

WANT TO VISIT A BOARD GAME CAFE?

Ruel Gaviola is a writer based in Southern California. He loves board games, books, cooking, traveling, Star Wars, and date nights with his wife. He reviews games and reports news for  iSlaytheDragon, podcasts with The Five By, and his name rhymes with Superman’s Kryptonian name. Follow him on  Twitter and read his blog  here.