Tune into Game the Game on G&S Live every Friday from 4:00 pm – 6:30 pm where  Ivan Van Norman and Becca Scott break out some of the best board games the industry has to offer, with new guests each week! This week they are playing Century: Spice Road by Emerson Matsuuchi.

The gentleman in the center of the above image is Emerson Matsuuchi: software developer, game designer, and father of three young children. He started making games at the age of eight, with a mecha-robot RPG. He’s made a few board games and computer games throughout the years, but it wasn’t until 2012 that he broke into the gaming industry. He self-published Tricks & Treats, a Halloween themed card game, with his company, Nazca Games, as his first game, and now has several titles, such as those below, under his belt. He’s definitely one designer we’re keeping an eye on, and you should too.

This family-friendly card game reminds you of Halloweens of old where you swap candy with your friends. Pull out your haul and get to swapping because you are supposed to fairly distribute the candy between you, but let’s be honest, you want to end the night with the most candy. The adults have numbered the baskets so you aren’t supposed to know which one is yours, but you’ve found the list. Tattle on your friends, but be careful about it, or you might end up with no candy. 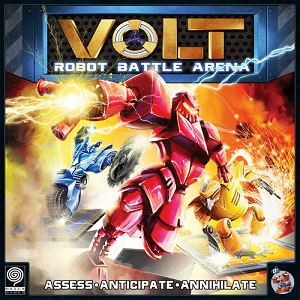 This is pure BattleBots or Robot Combat League the board game. Every round, you give your robot commands to destroy the other robots or be on active target space. You do this by programming your robot with your dice. Lowest number goes first, but sometimes you want to sacrifice going early for a stronger attack.  All of your commands are based from the way you view the arena, so your left is the robot’s left. If you run into another robot, you get to push him along with you (and hopefully into a pit to get rid of him). First player to five points wins and gets all the glory and bragging rights. 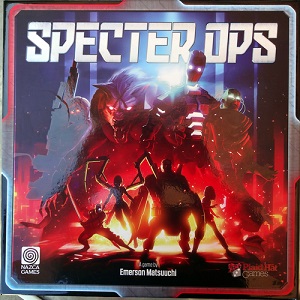 This is a hidden movement game where you chose to be on the side of Raxxon or A.R.K infiltrating them. A.R.K. Agents need to complete three missions to complete the game. Raxxon Hunters need to sniff out the infiltrator with their technology, wits, and abilities. The agents move on a separate board to keep their moves secret, only marking the regular board if they cross paths with a hunter. Both sides have great tech at their disposal, flash grenades and a vehicle that detects movement. Prepare for a tense sci-fi stealth game.

Another game set in the Raxxon universe, you team up as either the Raxxon escorting the VIP or A.R.K. trying to assassinate him. This is a bluffing, real time game where you need to figure out who is friend and who needs to be offed. Negotiate and complete your mission at all costs. To make matters worse, there are innocent bystanders that get in your way. If you hit a bystander, you’re out. After all the shots are fired, if the VIP is still standing, Raxxon wins. Pull out your deduction skills and aim true. 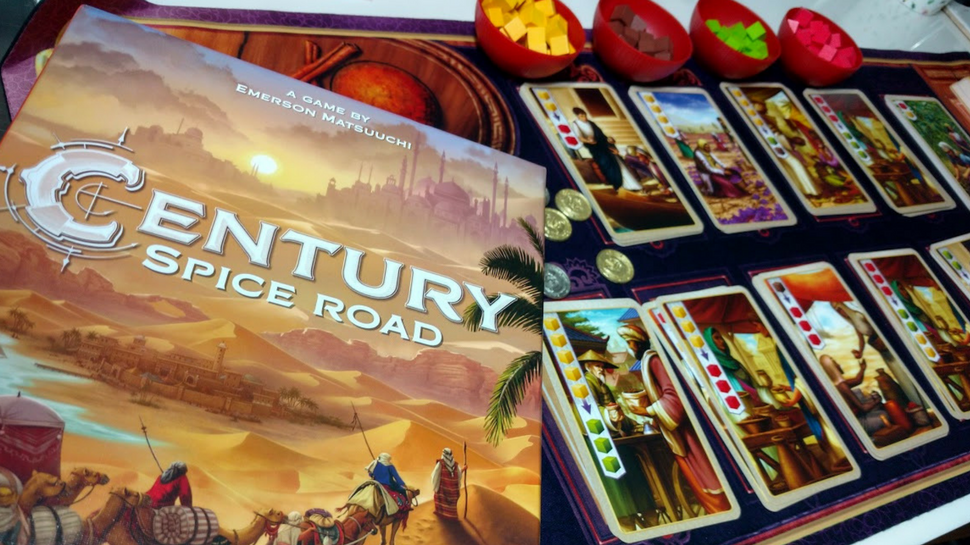 You are the leader of a caravan on the famed silk road, trading spices. Establish new routes, trade or harvest spices, and fulfill requests for your goods. Build up your deck with shrewd game play. Earn your way to five victory points and gain the fame and glory that goes along with winning.

Want to see the game in action? Tune into Game the Game this Friday to see Becca and Ivan duke it out for fortune and spices. Who is your favorite game designer? Tell us in the comments!