High school can be brutal. Many pop culture stories visit those formative years, taking us back to our lockers and desks. And all the drama. Tina Fey’s Mean Girls from 2004 is one of those stories. Ultra-popular high school junior Regina George sets her sights on newcomer Cady Heron. Regina leads the “Plastics” clique, that includes Gretchen Wieners and Karen Smith, and they kind of take Cady in—in a roundabout, theatrical way. But that was junior year. Insight Editions‘ new graphic novel Mean Girls: Senior Year by writer Arianna Irwin and artist Alba Cardona picks up after the film, when the girls have put the drama behind them. 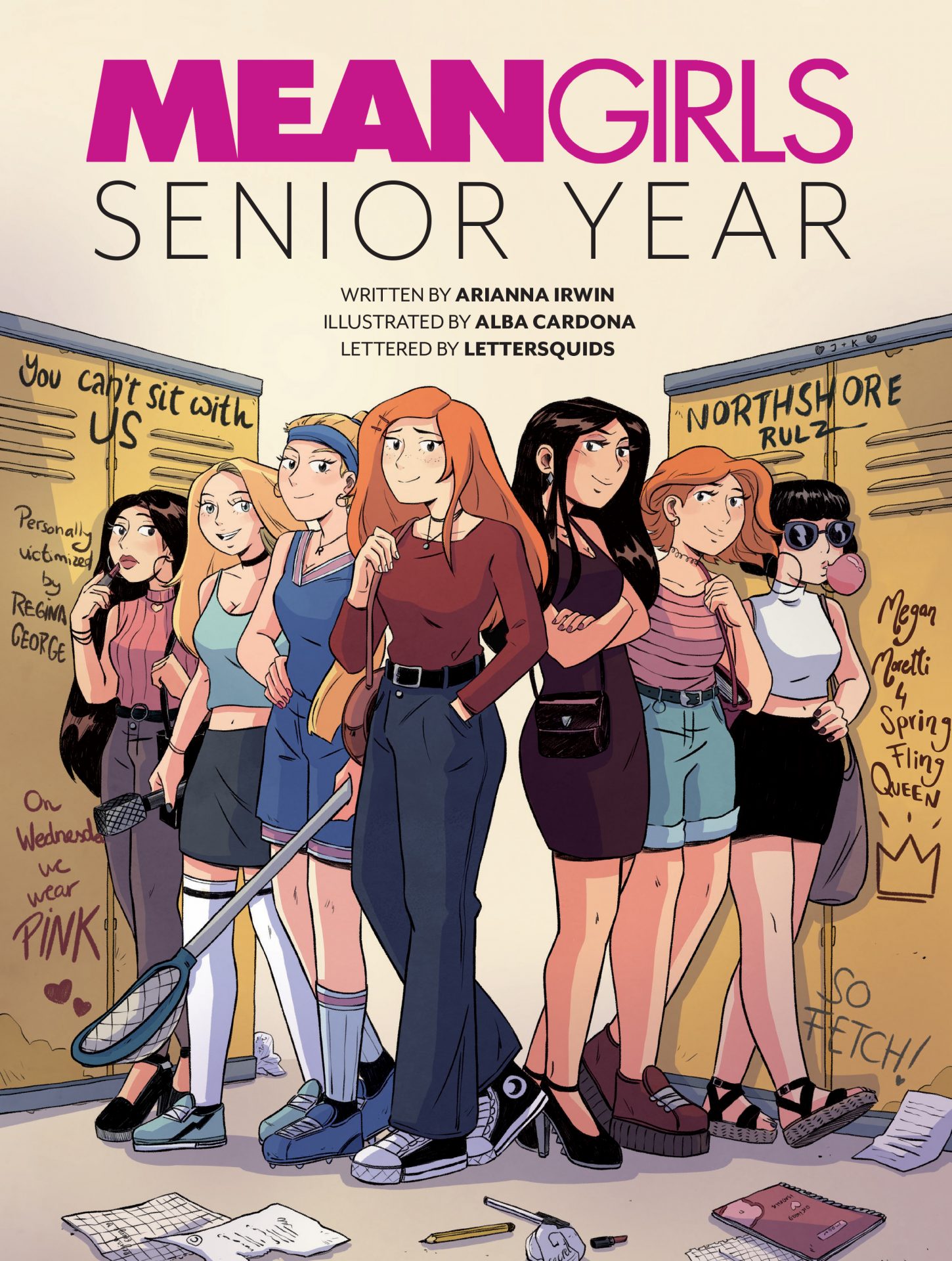 Cady, at least, is ready to move on. She’s focused on SAT prep and college applications. However, a new arrival wants to step in to be the most popular kid at school: Megan Moretti. She doesn’t care if Cady, Regina, Gretchen, and Karen have other things on their mind. You know, like finishing high school. Irwin relates this story, and Cardona brings the characters to life with her gorgeous art—which you can see below, as Nerdist is pleased to share an exclusive preview from the beginning of Mean Girls: Senior Year. 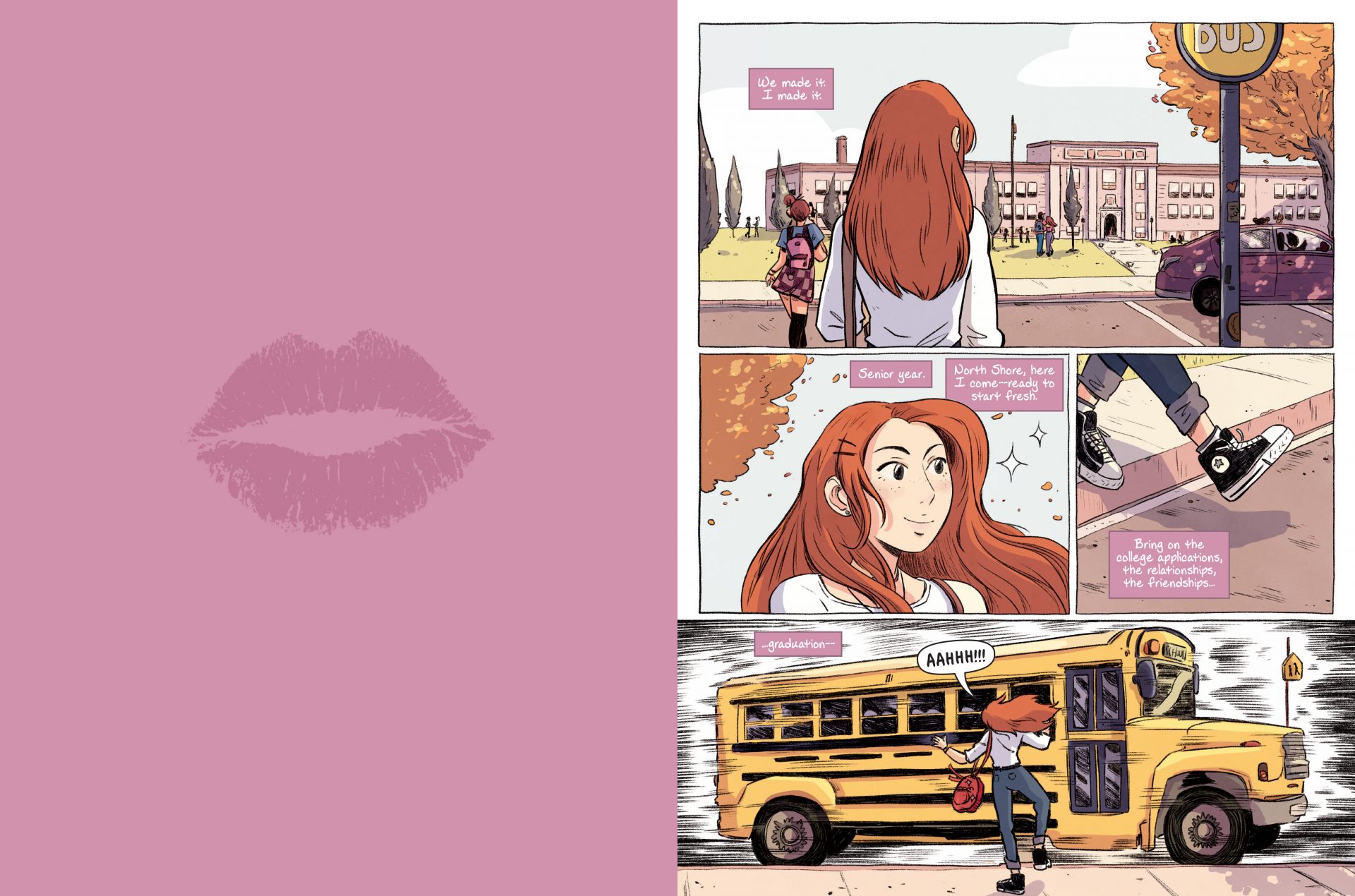 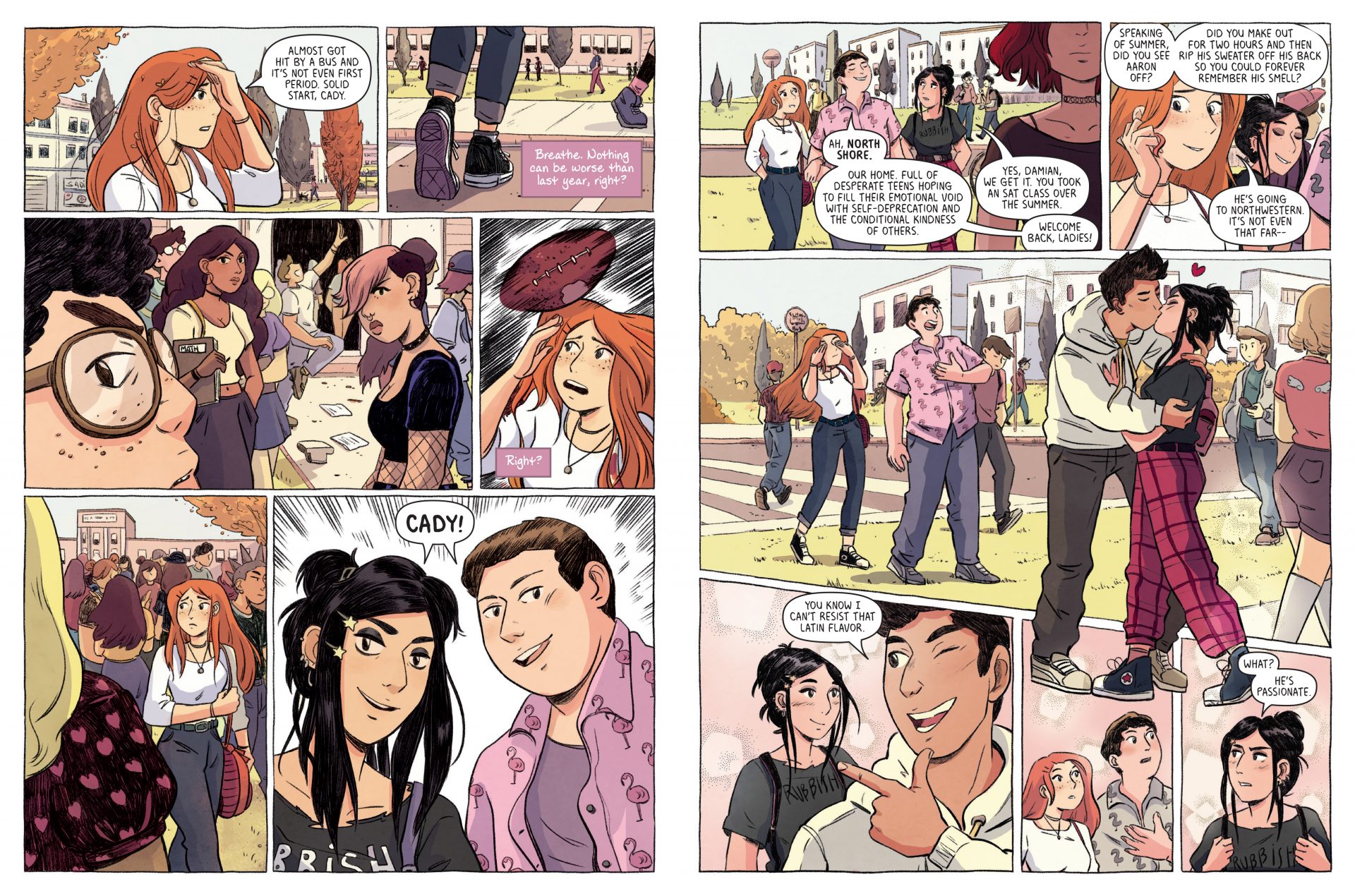 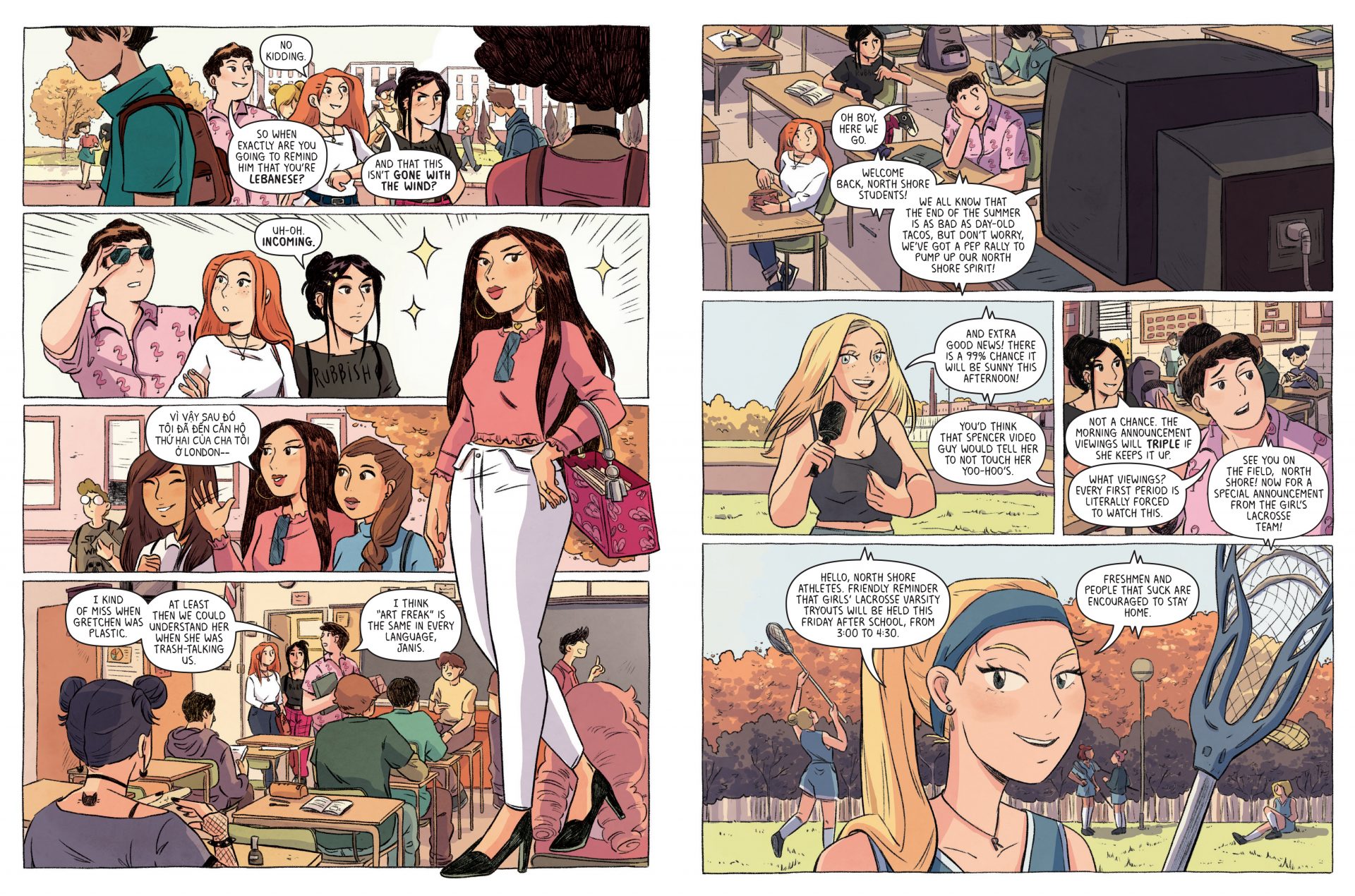 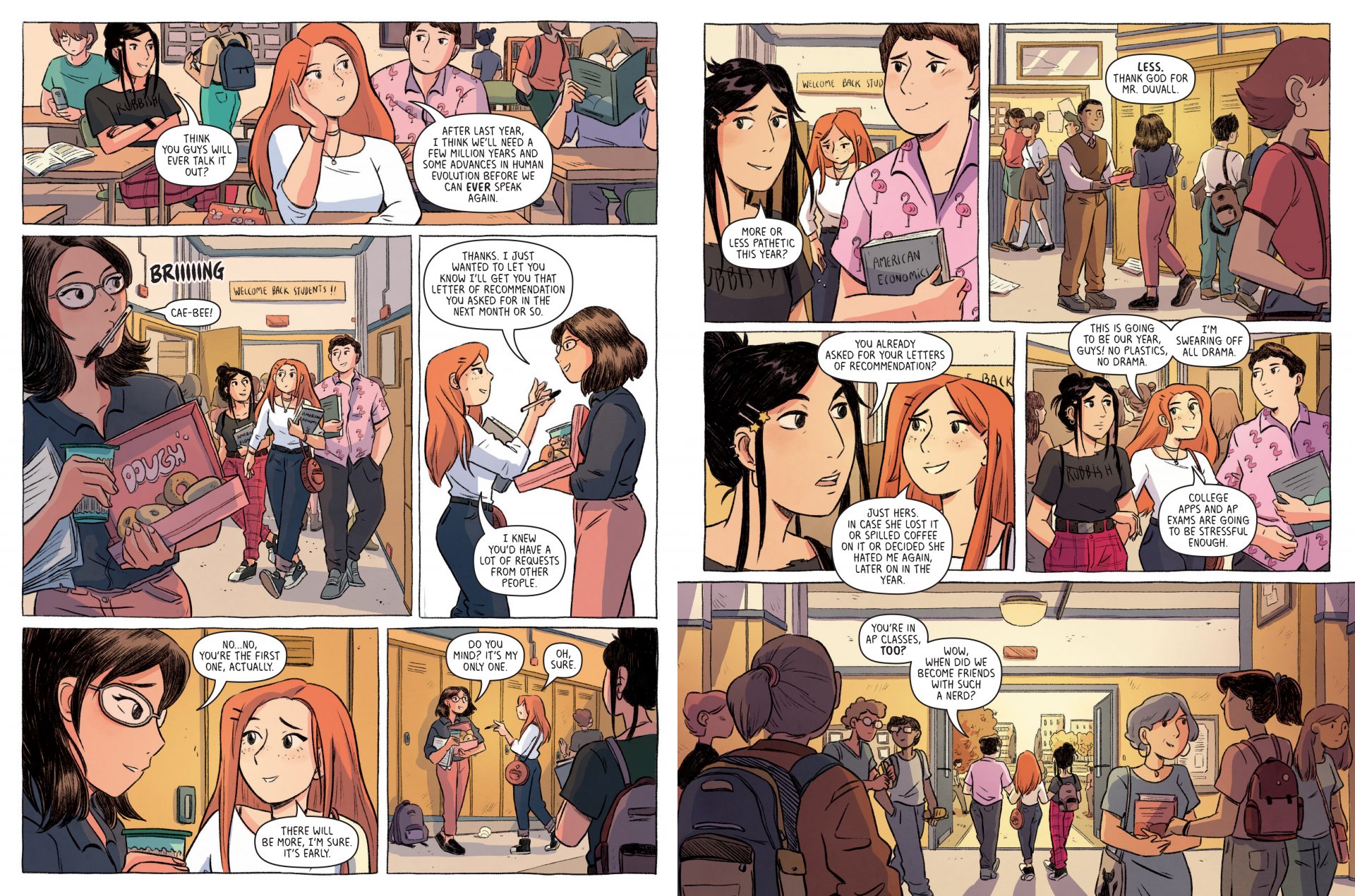 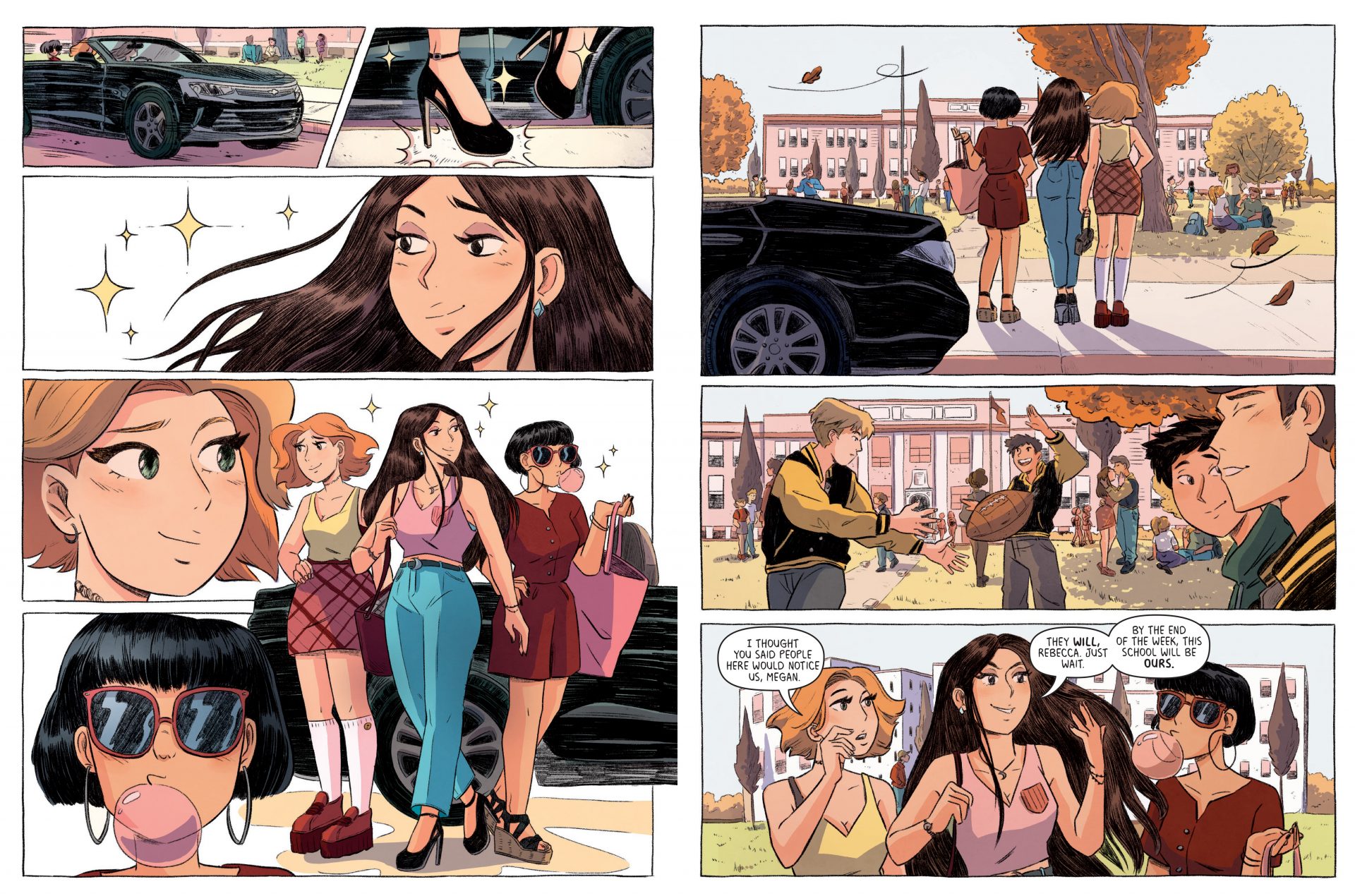 Irwin tells Nerdist the biggest challenge of adapting such a beloved film was the pressure. So many people know the movie (and quote it), and they love the characters. But Irwin tried to bring the tone from the film into Senior Year. “I hope they can expect the same level of goofiness, fun and character growth that we saw in the movie within this graphic novel. I kind of hope they just love seeing these characters come alive again, I think that was the best part for me,” Irwin says.

Cardona kept Mean Girls‘ spirit in mind too, but she had to bring the physicality of the characters to the page. She says, “Well, it was a huge challenge since the humor of the original movie is SO good. I exaggerated some expressions and movements of the characters to make it more humoristic, but the main work here is from Arianna’s plot. I had in mind some humoristic manga that I used to read in my teenage years!”

The duo collaborated closely on Mean Girls: Senior Year. “I would start writing the script chapter by chapter and then send it over to Holly Fisher at Insight, who would work her editing magic and then it would go to Paramount for edits.” Irwin recalls. “Once everything was approved, it would go to Alba and she would start with the layouts and so on and so forth. I would send my feedback for her pages via email, which never had many edits because Alba is incredible. And then a few months later, somehow, we had a book.”

Mean Girls: Senior Year will arrive on September 29. You can place a pre-order now.