With Mass Effect: Andromeda right around the corner, I’ve been logging serious time reliving the original trilogy. Every time I work through the prologue of Mass Effect 3, I get chills. The Reapers blowing through Earth’s defenses and wiping out cities from low orbit as they launch their ground troops onto the surface. It is, in a word, EPIC.

While the Mass Effect universe is also a backdrop for brilliant stories, it is the feeling of scale and epic conflict that I most closely attribute to Mass Effect. With this scale in mind, I want to introduce you to two very cool games set in a single universe that I feel captures the epic feeling of the franchise.

To properly talk about these games, let’s first talk about the premise of these games by explaining their setting. Similar to Mass Effect 3 the game focuses on the struggle of humans in Dropzone who are attempting to retake Earth and the core Cradle Worlds (Mankind’s first colony worlds). In this universe, the surviving humans have splintered into two factions, the United Colonies of Mankind and the Post-Human Republic. The villainous Scourge were the ones who conquered our home planet, while the enigmatic Shaltari Tribes were our first contact and selfish protectors, for a time. 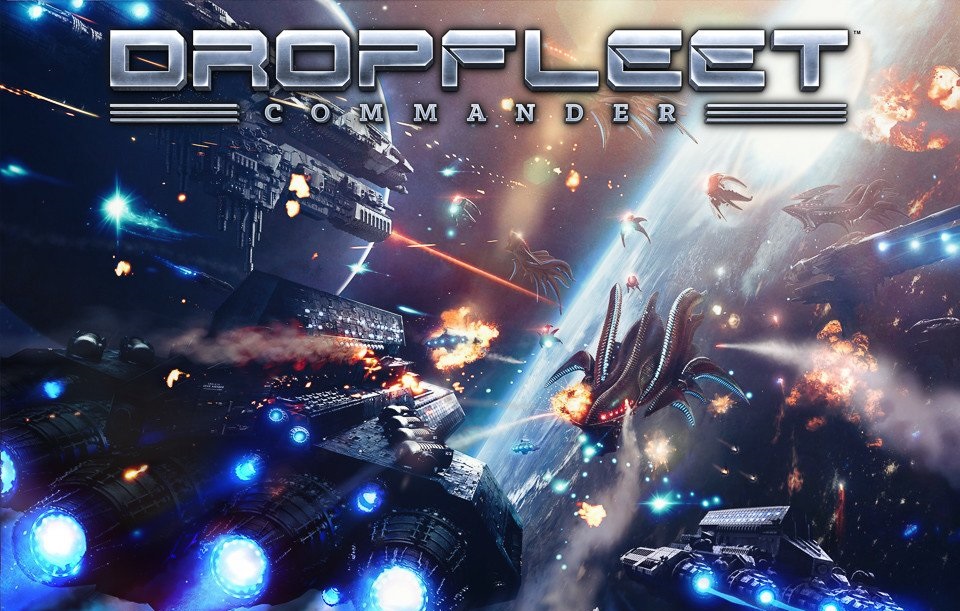 Dropfleet Commander is an orbital space combat game. This means spaceships. Loads of really cool spaceship models battling it out and trying to invade planets from orbit.

What makes this an interesting premise is that invasions require troops to land from orbit and capture objectives.  But planetary atmosphere is incredibly deadly to larger ships. This focus on capturing objectives creates a really unique game that feels epic in its scale. A typical fleet is going to need some serious muscle to protect the smaller, invasion ships, but those big heavy ships can’t contribute to invasions and have to control the areas above the objectives. After all, it doesn’t matter how many boots you have on the ground if your enemy can just bomb it from space!

Combine this balancing act of fleet building, with four different aesthetics representing the different factions in the Dropzone universe and you have a truly special game in both its incredibly cool looks, as well as its refreshing gameplay style. 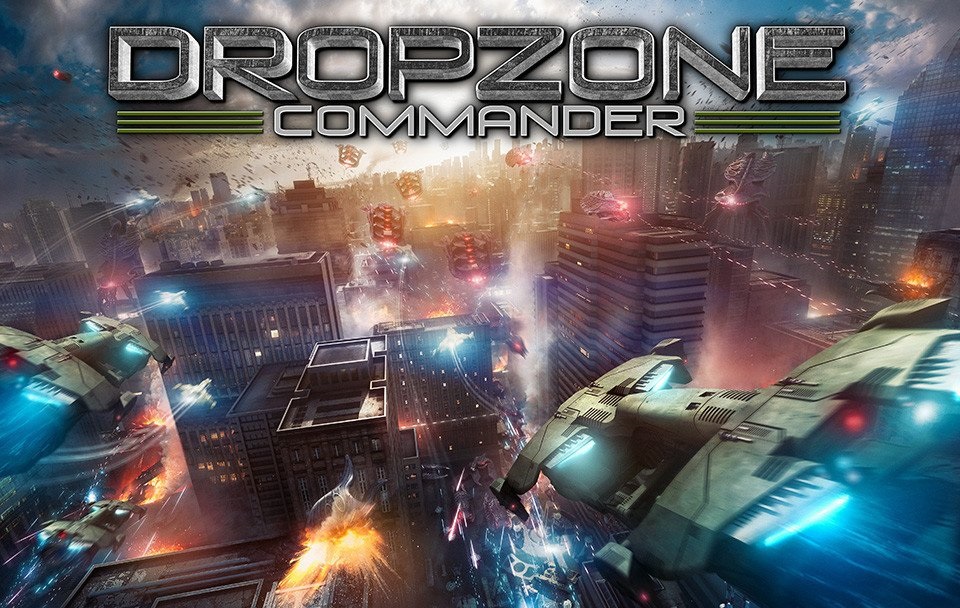 The first thing that stands out when looking at Dropzone is the scale. Individual infantry are tiny, tanks end up being roughly the size of Hot Wheels, and the larger, more impressive war machines grow from there. For me, this scale is one of the things that makes Dropzone really capture the epic, large-scale battle feel that Mass Effect 3 has. It’s hard to really capture the essence of a city wide conflict affecting thousands of people when all you have are 30 guys and a tank on your side of the table.

In terms of gameplay, Dropzone Commander differs from other miniature wargames in that the focus of Dropzone is positioning. Forces cannot be static and simply plod up the board like other miniature war games, but must constantly react to the flow of battle by repositioning their forces. Similar to Dropfleet, games of Dropzone Commander are won by achieving objectives on the battlefield.

What I love about these games is that while they take place in the same universe, you are not forced to play both. If only space or ground combat is your thing, either of these games is a great choice. For people who want to link them, there is a lot of opportunities to run campaigns where the effects of a game of Dropfleet can absolutely impact your follow-up game of Dropzone. Who doesn’t love spending a weekend playing out a full campaign?

Just as Commander Shepard didn’t win battles by killing all the Reaper forces on the battlefield, you aren’t going to win games through attrition alone. Whether you’re living out your fantasies of being Commander Shepard and retaking Earth with the UCM, or commanding the Scourge to make sure the villains win, the Dropzone universe has something for you.

Are there any other miniatures games that remind you of your favourite video games? Let us know in the comments!