Where Has MARY POPPINS Been All This Time, Anyway? - Nerdist

Where Has MARY POPPINS Been All This Time, Anyway?

This December, Mary Poppins finally returns and it’s about time, because the world desperately needs her. 2018 has nearly come to a close and it’s hard not to feel like we’re living in the darkest timeline sometimes. Between the looming threat of climate change, the fractious political climate that creates deep-seated rifts in our society, and seeing Captain America cry sweet beardless tears in the Avengers: Endgame trailer, the world can feel like an awfully dark place. The world, it seems, could use a hero right about now. After 54 long years, such a hero has returned, descending from the heavens like some etiquette-obsessed valkyrie: Mary Poppins.[brightcove video_id=”5980655760001″ brightcove_account_id=”3653334524001″ brightcove_player_id=â€œrJs2ZD8xâ€]It has been more than half a century since we last saw everyone’s favorite magical nanny grace the big screen, which left me to wonder: where the heck has she been all this time anyway? Is she an eldritch creature? Does she only help the Banks family? I’m a little unclear, but stygian origins or not, she arrived just in time to help us get through this grueling year of nastiness, cynicism, and abrasiveness. To find the answers to my questions, I traveled to New York City where I sat down with Emily Blunt, Lin-Manuel Miranda, Ben Whishaw, Emily Mortimer, and director Rob Marshall to find out the truth about Mary Poppins. 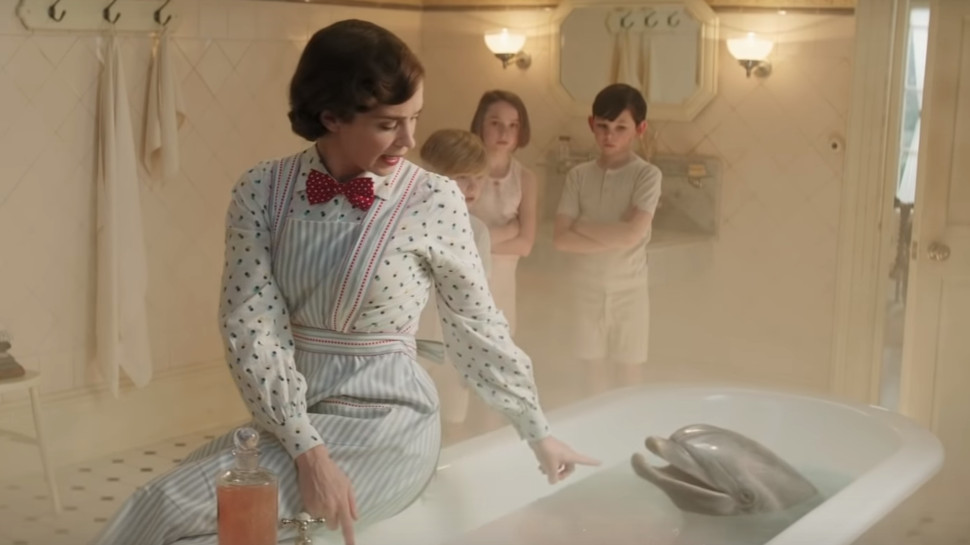 Honestly, Mary Poppins should team up with Winnie the Pooh and Paddington to form some sort of Avengers-like squad of people that just straight-up make us feel better about the swirling chaos around us.But what do you think? Where has Mary Poppins been all this time? Why is now the perfect time for her to return? Let us know in the comments below.Mary Poppins Returns hits theaters on December 19, 2019.

Special thanks to Jesse B. Gill and Kristian Odland