M.O.D.O.K.—the upcoming animated series for Hulu about Marvel Comics’ most beloved “Mental Organism Designed Only for Killing”— has announced its full cast. It was already announced last year that comedian Patton Oswalt was playing the titular character, but now we’ve got the scoop on which other Marvel characters will be showing up as part of the show’s main cast. 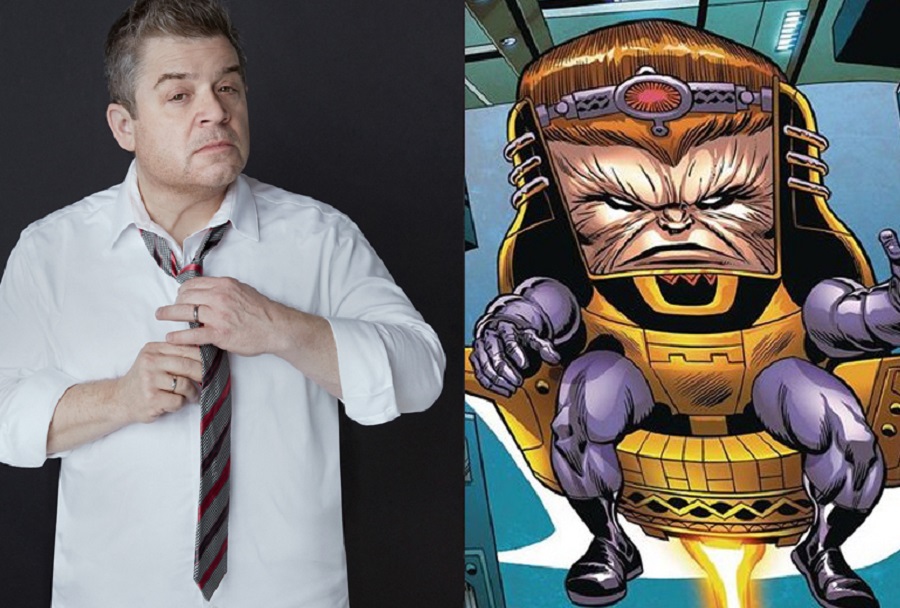 M.O.D.O.K. has long been Marvel’s most over-the-top villains, so using him in a comedic fashion for an animated show seems the most logical use of the character. I’m not entirely sure how a giant floating head with tiny arms and legs would fit into the live-action MCU. But it’s perfect for something like this.

The upcoming Hulu show also dropped its first official synopsis, giving fans an idea of what to expect when this adults only cartoon hits later this year, which you can read down below:

”The megalomaniacal supervillain M.O.D.O.K. (Patton Oswalt) has long pursued his dream of one day conquering the world. But after years of setbacks and failures fighting the Earth’s mightiest heroes, M.O.D.O.K. has run his evil organization A.I.M. into the ground. Ousted as A.I.M.’s leader, while also dealing with his crumbling marriage and family life, the Mental Organism Designed Only for Killing is set to confront his greatest challenge yet: a midlife crisis!” 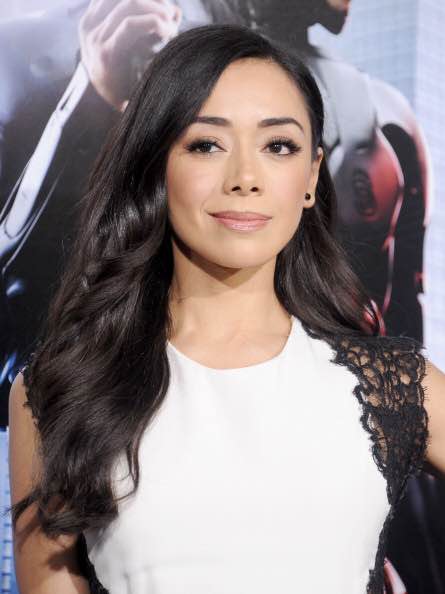 Aimee Garcia (Lucifer, Dexter) plays the titular character’s wife. “Jodie, M.O.D.O.K.’s wife and mother to his children, has had a late-in-life awakening—excited to pursue her mommy-blog turned lifestyle-brand empire and discover who she is as an independent woman in her forties. There are just too many things to do in this world and not enough time to waste being held back by negativity. And unfortunately for M.O.D.O.K., the thing weighing her down the most… is him.” 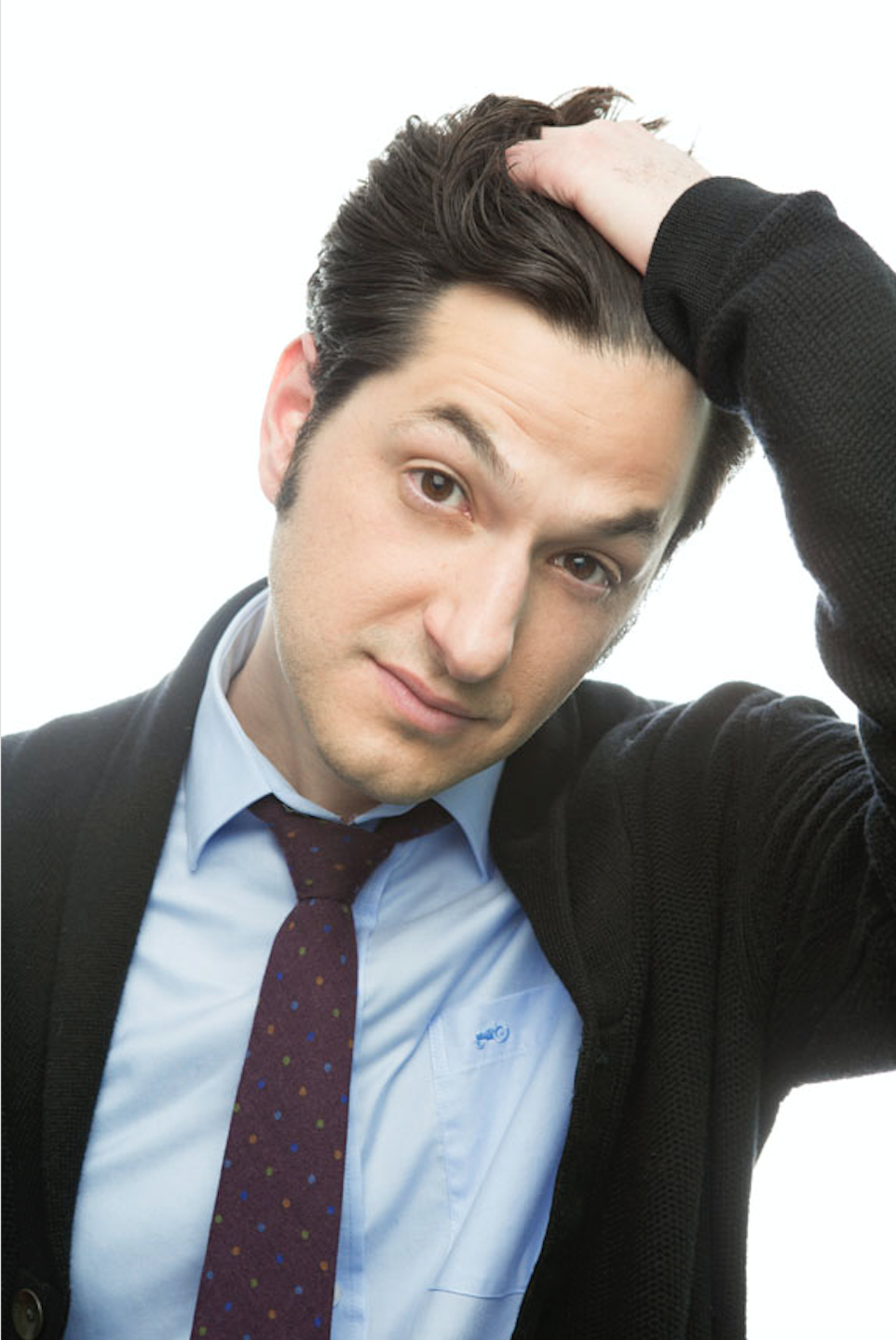 Parks and Recreation‘s Ben Schwartz will voice Lou, M.O.D.O.K.’s young son. “To be honest, M.O.D.O.K. doesn’t really “get” his twelve-year-old son Lou. Not athletic enough to be a jock. Not smart enough to be a nerd. Lou is… well, Lou—a kid who clearly marches to the beat of his own drum. Lou’s lack of friends, ambition and hygiene is a constant worry for M.O.D.O.K., who often projects his own insecurities onto his overly confident son.” 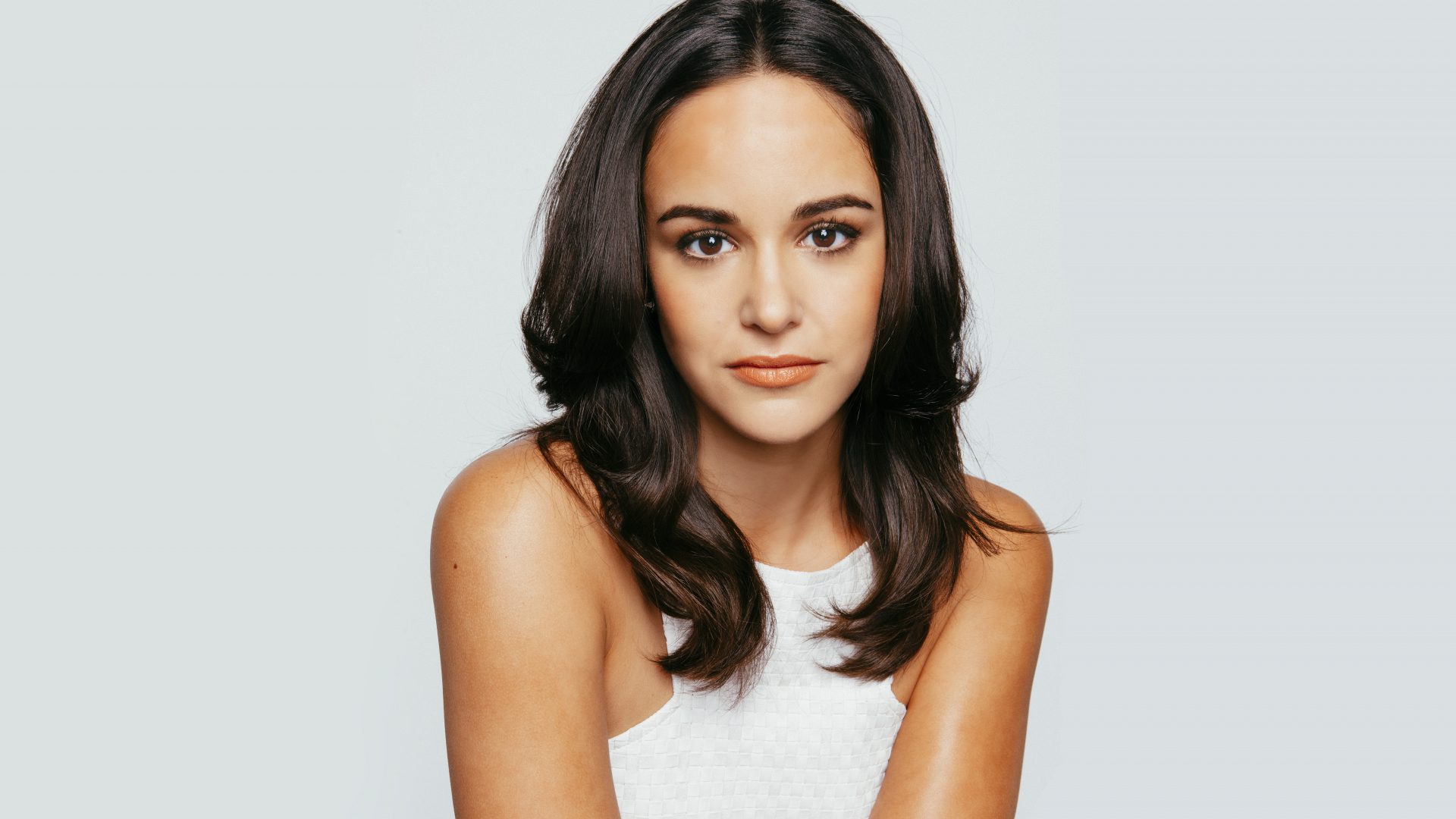 Melissa Fumero (Brooklyn Nine-Nine) voices M.O.D.O.K.’s daughter Melissa. “Even with her father’s “features,” seventeen-year-old Melissa has risen the ranks to become the Heathers-like queen bee of her school and a star in the world of teen figure skating. Every popular kid either wants to date her or avoid her terrifying wrath. But for all of her success, Melissa secretly yearns for her father’s approval.” 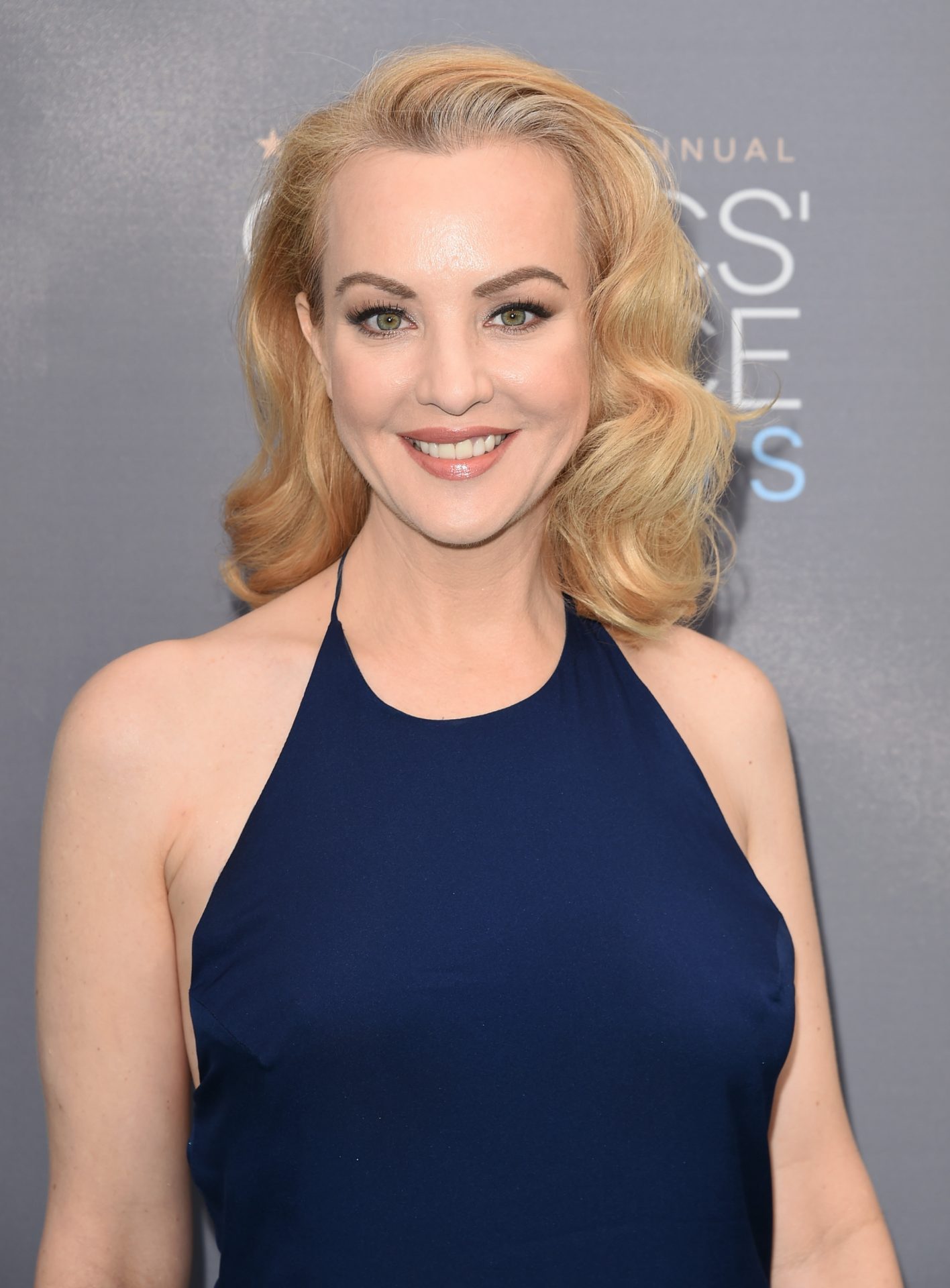 The Goldbergs star Wendi McLendon-Covey plays Monica Rappaccini, “a brilliant mad-scientist at A.I.M. and M.O.D.O.K.’s rival at work. Clearly more competent and qualified than M.O.D.O.K., Monica believes she should be running the organization. After GRUMBL acquires A.I.M., Monica relishes in M.O.D.O.K.’s suffering until the new management begins to infringe on her ungodly experiments. With a common enemy in Austin, M.O.D.O.K. and Monica are finally able to put aside their differences and work together… when they aren’t constantly betraying each other.” 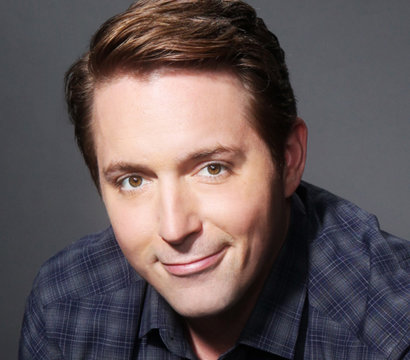 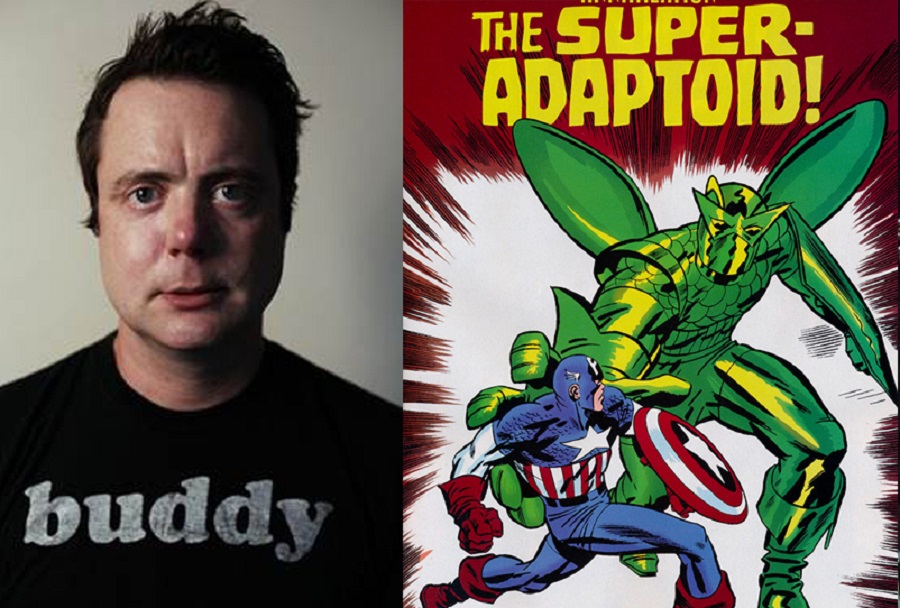 Comedian Jon Daly voices Super Adaptoid, “a snarky android with ambitions to live, feel and create, but is instead forced to spend his days massaging the hoverchair sores on his creator M.O.D.O.K.’s scalp. Although the Adaptoid dreams of overwriting his programming and turning on M.O.D.O.K., there is also a begrudging friendship between these two.” 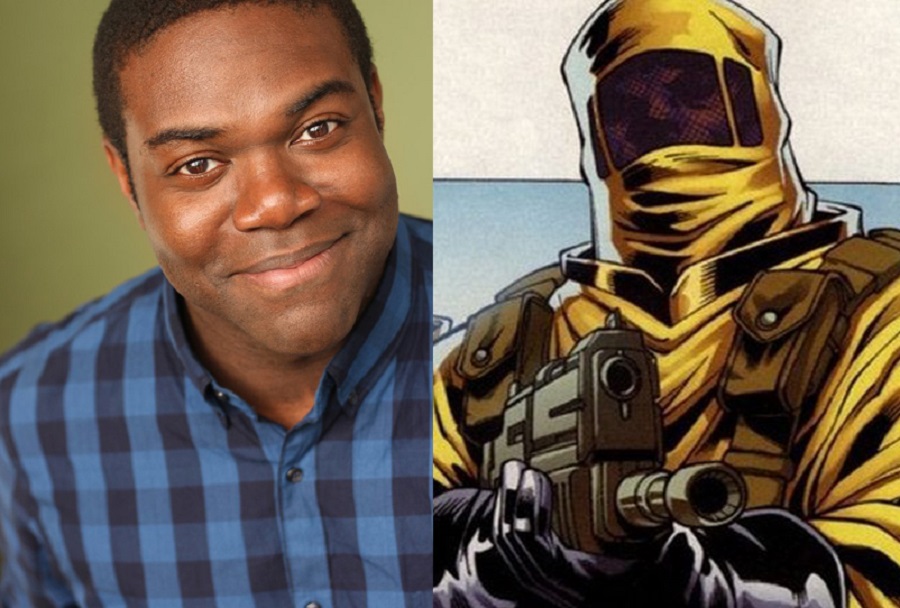 Sam Richardson (Veep) voices Gary, “a henchman or ‘beekeeper’ at A.I.M. who is fiercely loyal to his boss M.O.D.O.K., even if M.O.D.O.K. struggles to remember his name. As M.O.D.O.K. continues to get demoted within his own organization, Gary is there by his side, always offering his help and unshakeable optimism whether M.O.D.O.K. wants it or not.”

M.O.D.O.K. has all the right ingredients to become the silliest (and maybe best?) thing Marvel television has ever done. The series doesn’t have a premiere date yet, but expect it in the latter half of this year.