When the X-Men first appeared on the scene back in 1963, the group consisted of five teenage mutants hanging out with Professor Charles Xavier at his School for Gifted Youngsters. They learned to use their powers and defeat villains on behalf of mutants and humans alike, and strived for Professor X’s dream of peace and understanding. While they grew to become an effective team, the original X-Men had powers that for the most part weren’t particularly scary; Iceman at that time was little more than a snowman, Angel had wings and could fly, Beast was strong and agile, etc.

Over the years, though, the X-Men would add to their ranks mutants with significantly more deadly power sets, and the realities of a world that hates and fears them led to more aggressive and at times even murderous factions under the “X” umbrella. The latest mutant kill squad debuts in a couple months with the All New-All Different Uncanny X-Men, and while some in the Homo sapiens superior community would like to pretend otherwise, it’s not the first of its kind… 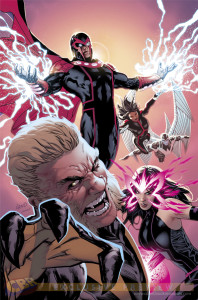 Traditionally most mutant heroes have had audience-friendly powers, steering away from anything too brutal or scary, though that doesn’t hold true with their enemies. Evil mutants have exhibited horrific abilities like death touches, vicious weaponry, shredding people via teleportation, body horror that would fit in a David Cronenberg movie, and much more. Of course, the good guys aren’t all rainbows and sunshine, but even when their genetic “gifts” are geared toward violence the artwork tends to downplay their usage. A great example of this is the X-Man Wolverine. Despite his having ultra-sharp metal claws, for a long time in the comics he only really unleashed them fully on robots and armor, seemingly hitting people with the flat of his blades a la swords in kiddie cartoons. The same has held true for other aggressive mutations like the feline Feral, bone dagger-creating Marrow, and more. 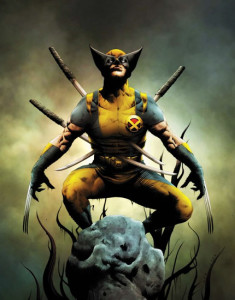 But while even the most scary-looking heroic mutant can play nice, what happens when things need to be done that don’t exactly fit in with Xavier’s precious dream? Certain X-teams have broken bad, and it all started with the original group in a new incarnation. By the mid-1980s the X-Men were under the leadership of Magneto and Cyclops’ quintet splintered off to become X-Factor. Taking direction from their (secretly evil) manager the team adopted a public persona called “X-Terminators,” a human task force that hunted and captured dangerous mutants. In reality X-Factor rescued young mutants and helped them, but the actions and apparent mutant hatred of the X-Terminators fueled racist propaganda and hurt their cause so they quickly ditched the facade. 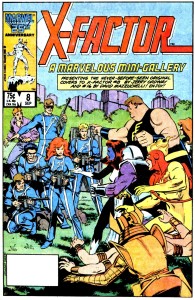 There’s really one byword for “good guy” mutants going into anti-hero territory and that’s “X-Force.” The original incarnation of this team came around in 1991 as a replacement for the New Mutants. Rob Liefeld and Fabian Nicieza gave readers a gritty book featuring the future war-weary Cable ruthlessly training young mutants how to fight and survive as a military unit. This was a big departure from most other “X” stories at the time and in-universe many of the veteran heroes were none too pleased with Cable’s methods. 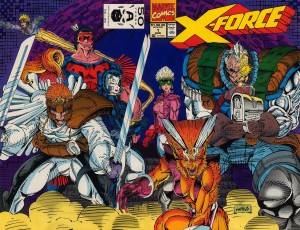 Fast forward to 2008 and the children of the atom were (once again) at the brink of extinction after Scarlet Witch declared “no more mutants.” When the first mutant was born after the so-called Decimation event many parties sought to take charge of the baby, and for his part Cyclops put together a team of the best trackers and hunters around including Wolverine, X-23, Wolfsbane, and Warpath. This group became the new X-Force and was given clandestine missions by Scott Summers to eliminate (kill) threats to mutants. Finally the claws came out in earnest, and minions by the dozen were sliced and diced like never before. Wolverine, X-23, and the rest were joined by other mutants with killer instincts like Archangel and Domino, and their efforts were crucial to defeating Stryfe, the resurrected Reverend Stryker, Leper Queen, Purifiers, and more. After the events of “Second Coming” and the end of Bastion X-Force was outed and officially disbanded, but it would live on secretly in a new form. 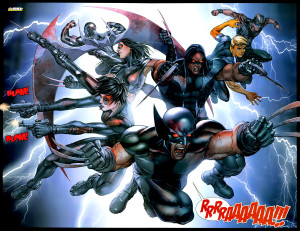 Immediately after agreeing to leave the kill team behind Wolverine and Archangel founded its next iteration in 2010’s Uncanny X-Force, recruiting Psylocke, Fantomex, and Deadpool. Their first target was none other than the resurrected Apocalypse, and murder and mayhem would follow them throughout their missions. In 2012 Marvel doubled down on dark X-Men teams with both Cable and X-Force and a new lineup in Uncanny X-Force, though both books would be replaced by a Marvel Now! X-Force title in 2014 which ran for 15 issues. Now the legacy of X-Force and proactive mutants passes to a new generation with the All New-All Different Uncanny X-Men. 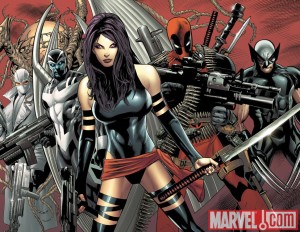 The newest version of the Uncanny X-Men (by writer Cullen Bunn and artist Greg Land) sees Magneto leading a team of tough as nails mutants who live up to the tagline “bigger threats require more threatening X-Men.” His allies will include some familiar faces from X-Force stories like Psylocke and Fantomex along with some traditionally villainous characters like Sabretooth and Mystique. Meanwhile, some advance artwork previews suggest the inclusion of others like fan-favorites Archangel and M. Expect lots of action, moral ambiguity, and the best kinds of interpersonal conflicts as these daring “heroes” attempt to make sense of the post-Secret Wars world and carve out a place for mutants to live without fear.  After all, wasn’t that Charles’ dream all along? 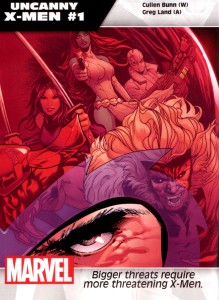 Uncanny X-Men is set to hit comic stores in December/January so if you’re into brutal mutant violence then check it out and let us know what you think!