Peggy Carter Leads the Way in WHAT IF…? Funkos and LEGO Set

Loki has opened the doors to the Multiverse for the MCU (or should that be MCM now?) But with the upcoming What If…? series on Disney+, it looks like the door isn’t just open. Rather, it looks like the’ve ripped it right off its hinges. Alternate versions of MCU heroes and villains are coming, many voiced by their original live-action actors. Including Chadwick Boseman, in his last performance as T’Challa.

And with the series hitting in August, so too comes the cool merch. Via Marvel, we’ve learned of several LEGO sets and Funko Pop! vinyls coming under the What If…? branding. 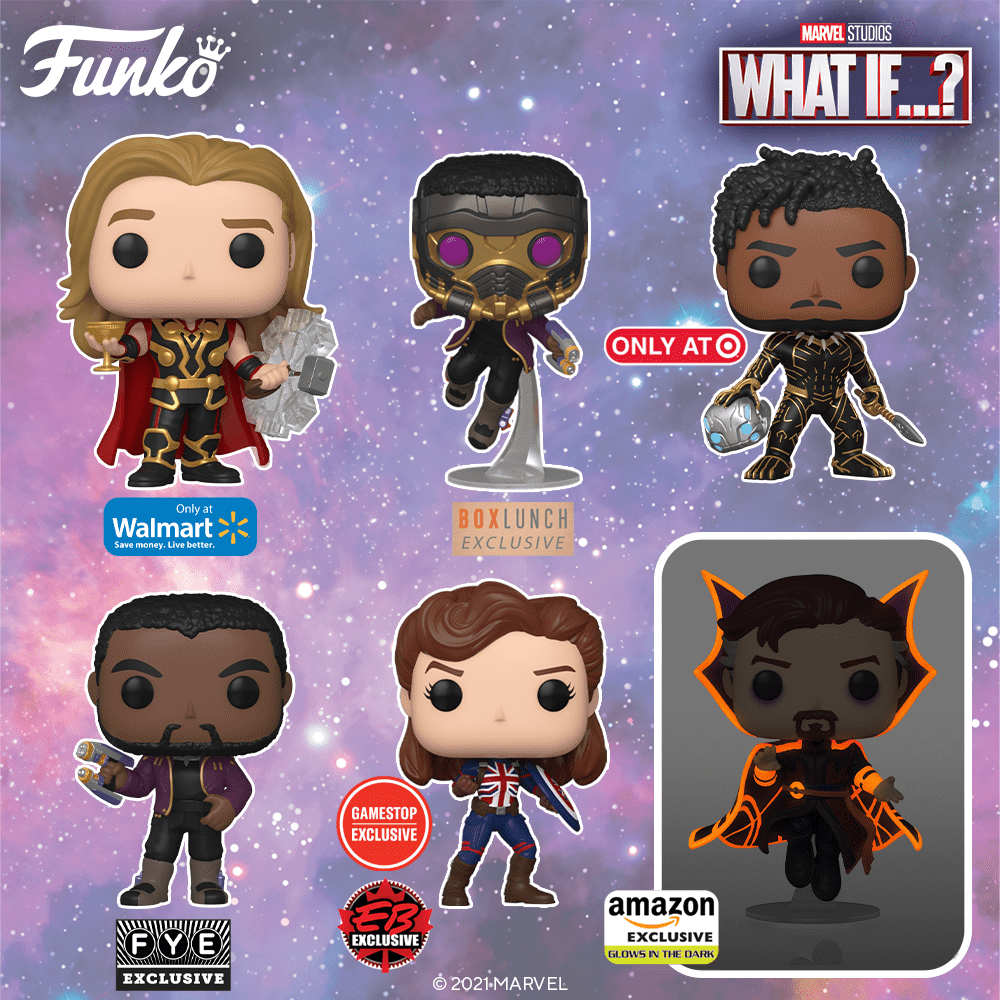 The What If…? Funkos feature some of the MCU’s most beloved characters in all-new incarnations. There’s Captain Carter, infused with the Super Soldier serum. Peggy is an EB and GameStop exclusive. T’Challa as Star-Lord is next, with both masked and unmasked versions. Unmasked T’Cballa is an FYE exclusive. King Killmonger arrives exclusively at Target. 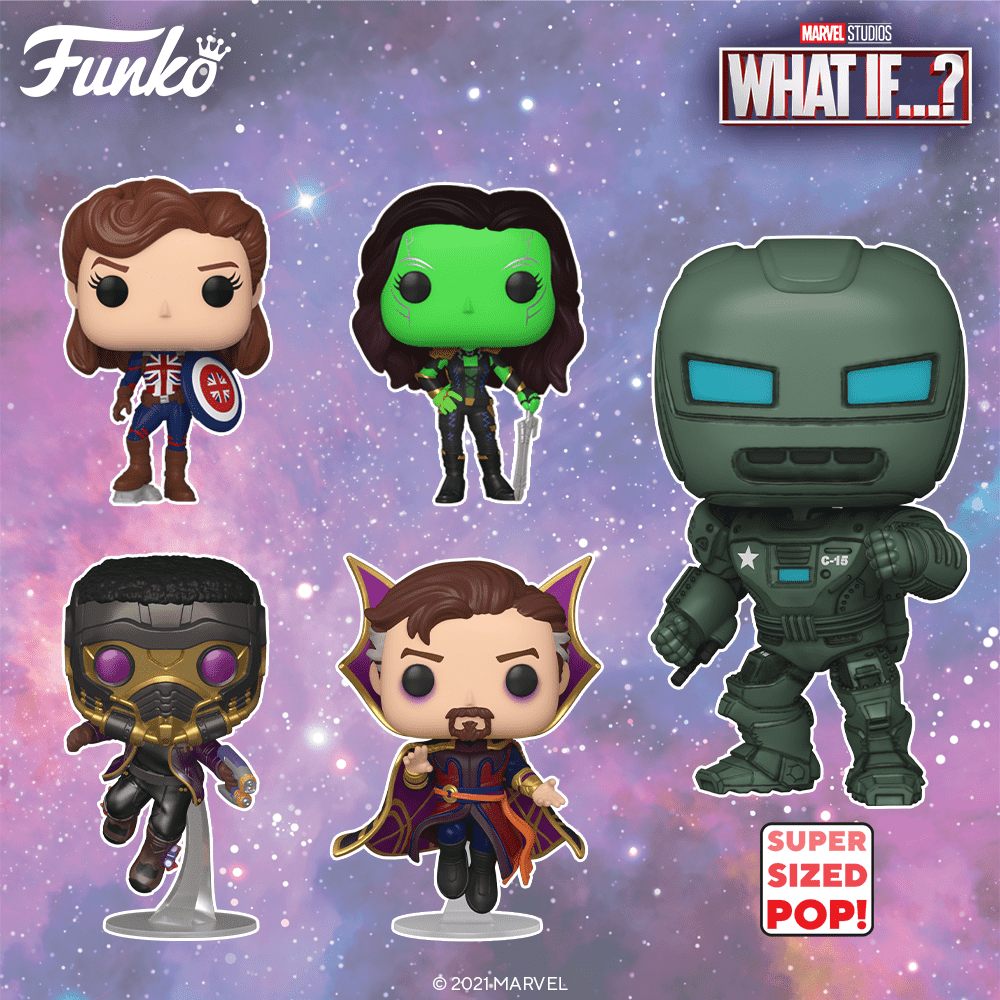 Hydra Stomper Steve Rogers (a proto-Iron Man) comes in a Supersized format, and Doctor Strange and Thor arrive in new costumes we’ve never seen before. Strange is exclusive to Amazon, with the Odinson thundering into Walmart. And last but not least, an alternate universe version of Gamora looks ready to take over from Papa Thanos. 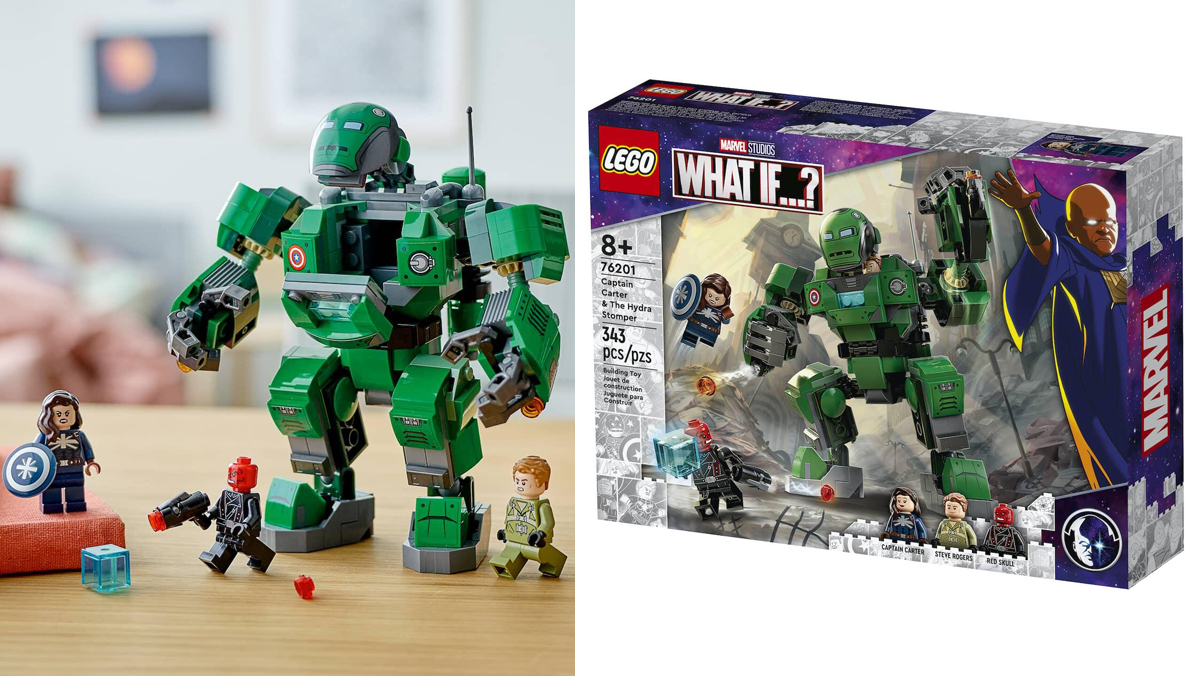 Finally, there’s a very cool What If…? LEGO set, featuring Captain Carter and the Hydra Stomper. This one includes three minifigures. There’s Captain Carter in her superhero uniform, a scrawny non-Cap Steve Rogers, who commands Howard Stark’s Hydra Stomper suit, and the Red Skull. It looks like the kid from Brooklyn is destined to punch the Red Skull in any reality. This armor is as if Iron Man’s armor and the Iron Giant had a green baby. And we are very here for it.

There’s no release date for any of these toys just yet. But with What If…? starting in August, we wouldn’t expect these to be too far behind.