On July 26, we’ll finally get our chance to defend the world from evil with the new Marvel Powers United VR game, which will allow a user to be one of Earth’s mightiest superheroes.

Just in time for its release, the game has a new trailer, and Marvel has also announced an Oculus Rift bundle so you can fight alongside the Avengers and X-Men.

This new trailer for the game starts in 1989 with a bunch of bummed out kids lamenting, uh, I guess the limits of their imagination? (Despite having amazing costumes!) Fortunately for them, technology in 2018 has finally made it possible for everyone to be fully immersed in a virtual Marvel world as their favorite heroes. Players can be Spider-Man, Hulk, Wolverine, and many others as they battle their way through some of Marvel comics most famous locales.

And if you really want to sling some webs or slice up some enemies with your Adamantium claws, but don’t already have an Oculus Rift, Marvel also announced a $399 bundle pack at this year’s San Diego Comic-Con that will include a digital copy of the game, a headset, and touch controllers. 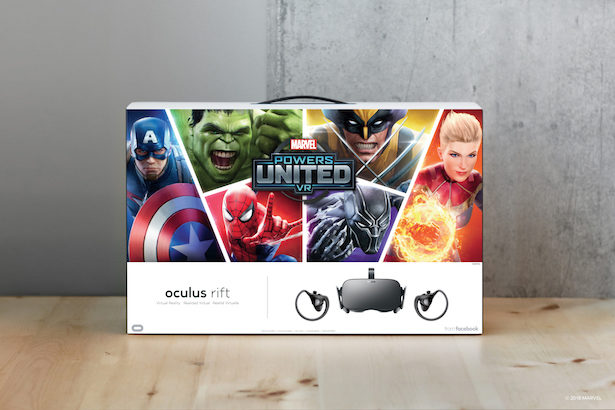 The only thing missing to make this even more authentic is an amazing costume. Can Marvel also bundle ones like those kids wore in ’89?

Marvel Powers United VR is available for pre-order now, and you can find more information at the official website.

Which character do you most want to play as? Tell us in the comments below.