Marvel is a world of infinite possibilities. Heroes can come in all shapes, sizes, and species. From every corner of reality. And that includes primates who can really rock a suit. Like in the first trailer for Hulu’s latest animated Marvel series Hit-Monkey. The clip provides an early look at a cool animal cleaning up the mean streets. All under the guidance of the world’s worst ghost mentor.

Coming off the critical success of M.O.D.O.K., Hulu is back with another absurd Marvel animated series. Forget a big brain in a suit though. This teaser (which we first saw at IGN) makes being hairy hip. As the world’s most badass snow monkey gets to work fighting some mafia big wigs. All while totally rocking a suit and shades. And yet, that might not even be the most ridiculous aspect of the show’s premise. That title goes to the part where he’s got his very own ghost to help him on his way. From Hulu:

“Marvel’s Hit-Monkey tells the tale of a wronged Japanese snow monkey, mentored by the ghost of an American assassin, as he cuts a wide swath through the Tokyo underworld in this darkly cinematic and brutally funny revenge saga.” 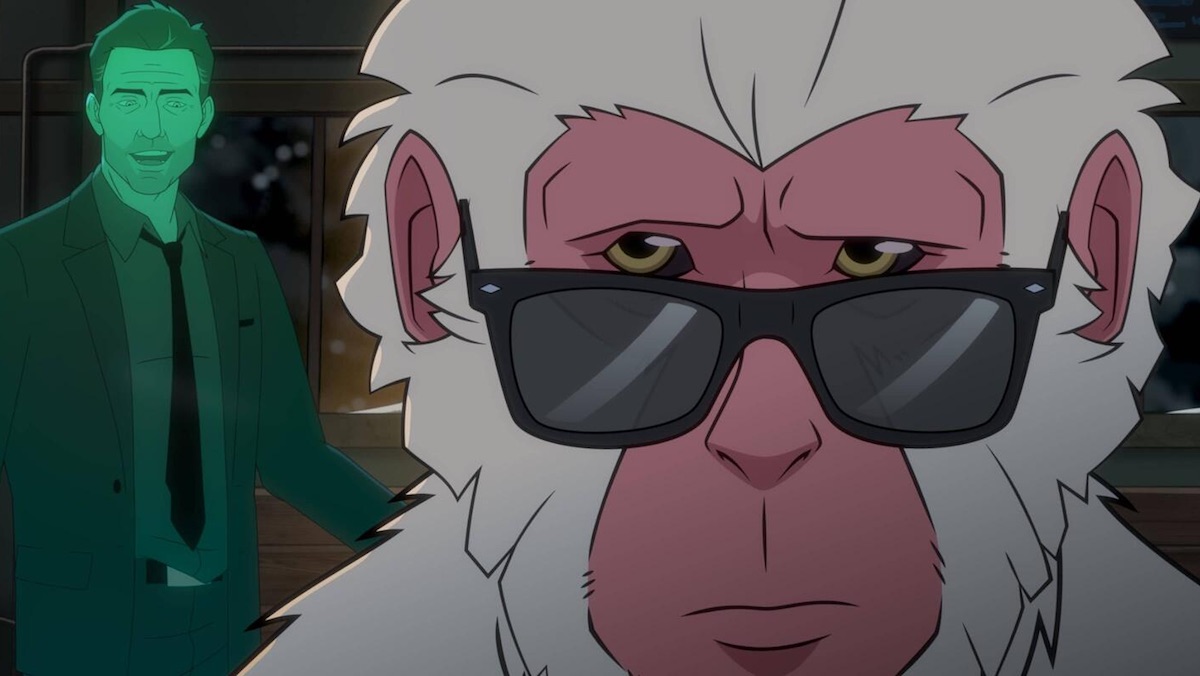 The series, from Josh Gordon and Will Speck, also boasts a terrific cast. And Marvel.com provided the backstory for their characters. George Takei plays Shinji. He’s a “lifelong public servant” who has always been behind the scenes. But tragedy makes it so Shinji has to come out of the shadows. Olivia Munn voices the “smart, ambitious, and powerful” Akiko. Japan’s future Prime Minister has returned home “with strong opinions about the future of her Uncle’s campaign.” But her “inherently” good nature “masks a darker side, one that will emerge as the season progresses.”

Jason Sudeikis plays the “world-weary assassin” Bryce. With his many issues, he’s the show’s own answer to Sterling Archer. Only without Archer’s invincibility. “After he’s killed in the Japanese Alps, the ghost of Bryce and Monkey are tied together” on a quest of revenge. But he’s not exactly Obi-Wan. Bryce is a “terrible mentor with a sarcastic, cynical view of the world.” But he must “ultimately dig deep within himself in order to complete his final mission and help Monkey become who he was meant to be.” 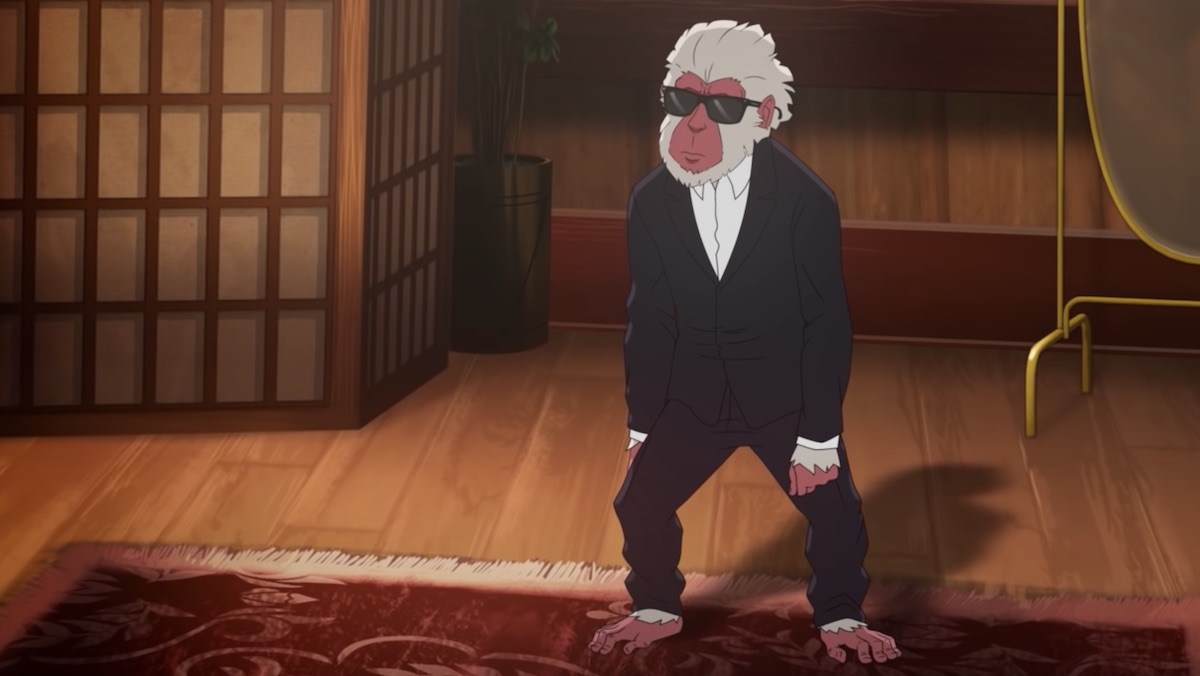 Ally Maki join the cast as Haruka, “an honest cop from a small town in the north” with “dreams of reforming” her corrupt city. Nobi Nakanishi voices Ito. He’s “the laughing stock of the Tokyo Police Department” who struggles with a drinking problem. He’s also one of the few people who thinks Hit-Monkey may actually be a good guy. And Fred Tatasciore is the show’s powerful primate. “Monkey’s peaceful existence in the Japanese alps is shattered by the tragic loss of his tribe – setting him on a course of revenge and violence in the very world of humans that are responsible for his plight.”

He also has a bit of a rage problem. Maybe not great for an assassin of any species. But a trait that should make for an entertaining (non-MCU related) Marvel show when the animated series premieres all ten season one episodes November 7 at Hulu.