I have played a lot of Mario Kart in my life. If I had dedicated even a fraction of that gaming time to going to the gym I would now be giving Chris Hemsworth advice on getting in shape. Unfortunately for me, sitting on the couch and swearing about the Rainbow Road doesn’t do much for my waistline. But it turns out it doesn’t have to be that way at all. Someone has connected an exercise bike to Mario Kart and Smash Bros.

“Hardware hacker” and Nintendo aficionado Mike Choi was unhappy with the company’s attempts to combine gaming with working out. So he decided to take it upon himself to find the right balance of fun and physical exertion. He transformed Nintendo’s Labo and Ring-Con systems into a full body experience. His “Labo Fit Adventure Kart Kit” for the Switch (which we first came across at Kotaku) allows players to steer their player with the Ring-Con controller while they keep their car moving in Mario Kart 8 Deluxe by pedaling his Labo Bike-Con.

Using his unique system is a real commitment. Players don’t have the option to pass on the pedaling if they want to win. As Choi says, if you want to stay in the race you’ll “have to keep up the pace.” His kit can also be used to play Super Smash Bros. Ultimate. However, the limited button choices of his system will put you at a disadvantage in that game. The real fun is on the track. 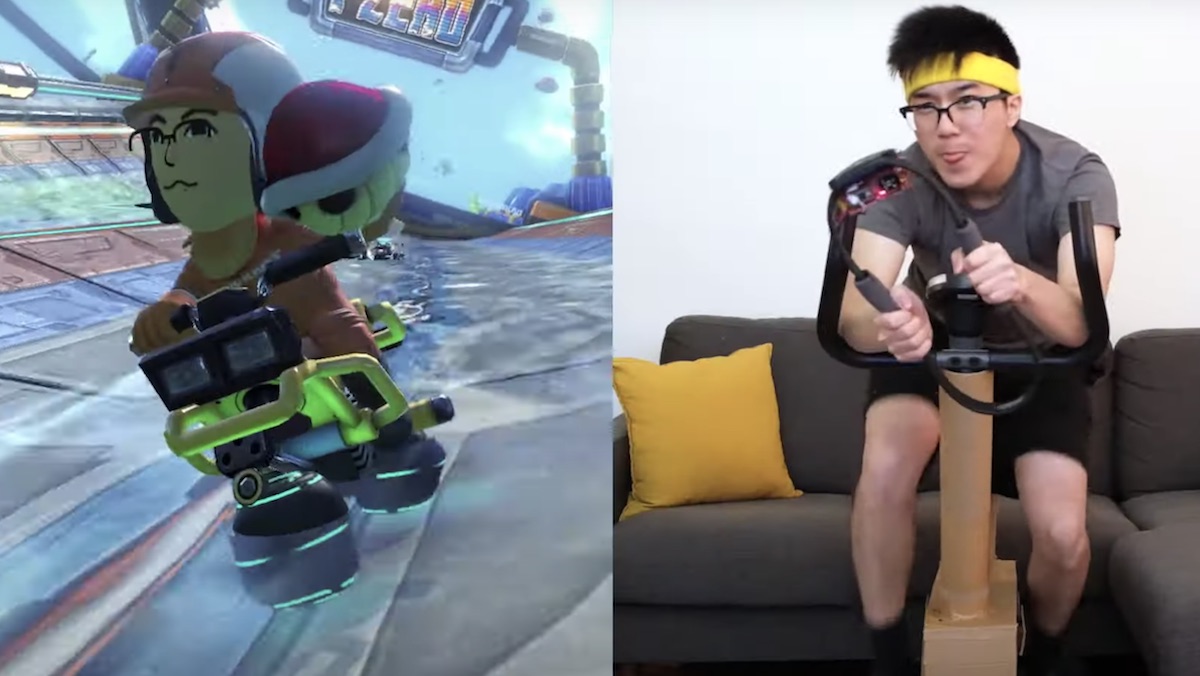 Choi showed how he created his system, step-by-step, on YouTube. It has all the instructions you’ll need to build your own. It requires a 3D-printer and a whole lot of skill. I don’t have either, so this is definitely beyond my capabilities. But the idea behind this system is not.

I know I need to work out more. This system would let me do that without cutting back on Mario Kart. Well, right up until I’ decide I need to find a different video game and end up looking like Thor in Endgame.