MAN CAMP Is Better Than Its Title Would Suggest (Review)

You should never judge a book by its cover, and you should never judge a movie by its title. But with a title like Man Camp, a 2019 independent film newly coming to VOD, it’s hard not have certain expectations: namely, for a National Lampoon-style celebration of men behaving badly. Or maybe for a modern day deconstruction of the genre. The film’s premise certainly fits either.

But the movie isn’t either of those things. It’s not about drinking, being macho, and acting dumb. And it’s not about making fun of classic “guys’ weekends” either. Man Camp is a well-acted comedy that also doubles as a touching family story about grief, growing up, and moving on. It’s also really funny, and looks a lot more expensive than you’d expect for its low budget.

Man Camp follows three brothers on their yearly excursion to honor the memory of their late father, who makes Ron Swanson sound soft. The film stars Daniel Cummings as Adam, older brother of two childish younger siblings. Adam has a home, a son, a job, and a wife whose attractiveness is a constant source of comedy in the film, as everyone can’t stop mentioning how hot she is to Adam.

The middle brother is Tim (Scott Kruse), an angrier, meaner Van Wilder who refuses to graduate college and enter the real world. (Cummings and Kruse were also two of three co-writers of the movie.) Their youngest brother is Kevin (Erik Stocklin), a Peter Pan type who refuses to leave their mother’s home, get a real job, and stop wearing his D&D cape. Their yearly pilgrimage is ruined when they discover their mother in a compromising position at the cabin. 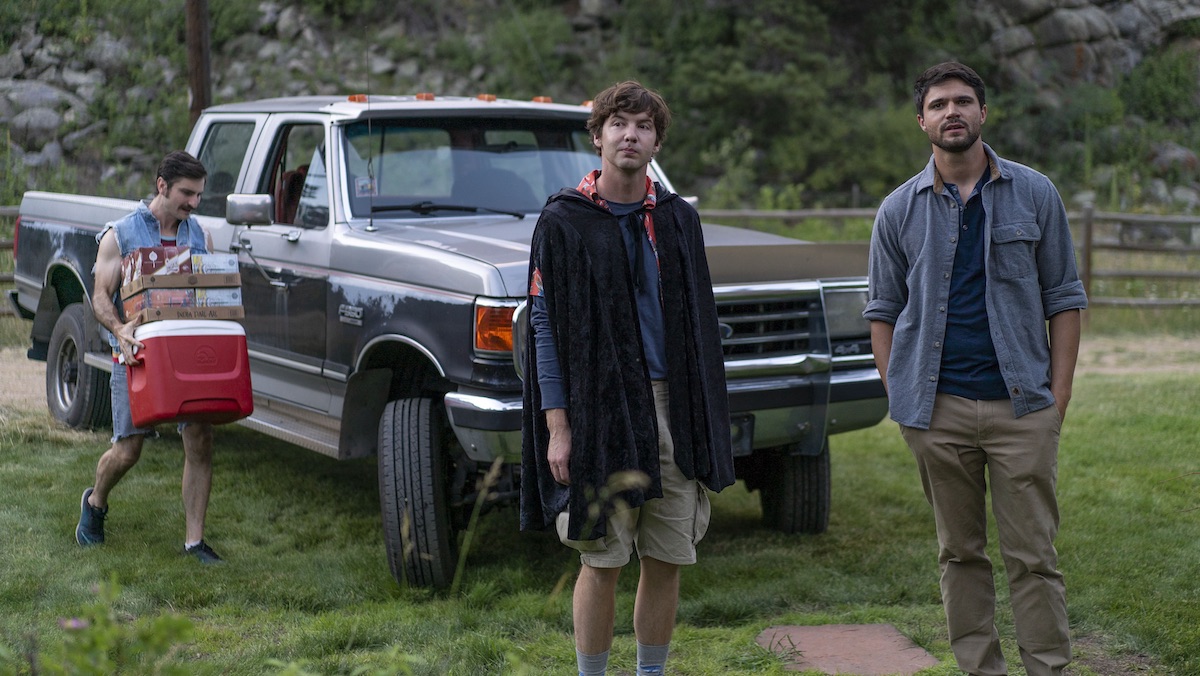 She’s found a new beau, the first since her husband passed away. The sensitive Alan, played wonderfully by “That Guy” All-Star Pete Gardner, is the total opposite of the boy’s late father. He’s prone to accidental double entendres and would rather go birdwatching than day drinking. The boys aren’t ready for their mother to date anyone else, even more than a decade after their dad died, but they really can’t accept someone like Alan. Ultimately they all agree to adopt Tim’s insane plan to stop their mother from being with Alan.

What follows is a classic story of trying to push someone over the edge with ever more aggressive pranks and traps. The boys, who were taught how to live in the woods and off the land, want to either prove Alan isn’t good enough for their mom or make him run away from the family entirely. Though if something worse were to happen to Alan, the sociopathic mastermind of the brothers’ plan, Tim, wouldn’t be upset. 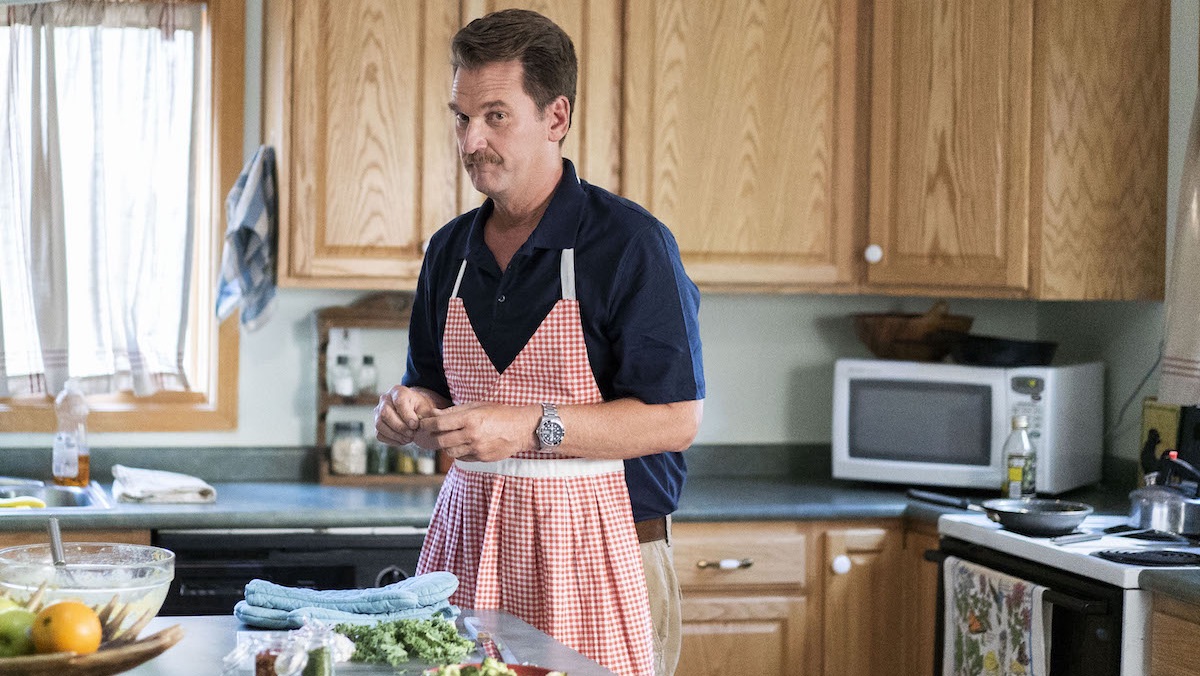 In lesser hands, the main plot could feel unoriginal, but the comedy is sharp enough to keep it from ever getting stale. The best laughs come from the characters more than the situations, which is why the movie ultimately works. Kruse’s Tim, who borders between broken kid and borderline psycho, provides a lot of the funniest bits.

However Cummings, the de facto straight man as the more mature and responsible Adam, is the one who makes Tim’s antics work, gets plenty of chances to shine in his own right. He’s still his father’s son after all. Even Kevin, whose childlike naïveté feels a little unbelievable early on, eventually becomes one of the better parts of the movie when the film gets away from the comedy and deeper into the trauma the whole family is still dealing with.

The film does have some problems establishing its tone early on. Some scenes feel like over-the-top slapstick, while others are more like a straight comedy. At the same point, some characters come across as caricatures, while others feel real—Adam might as well come from a different universe than his brothers do. 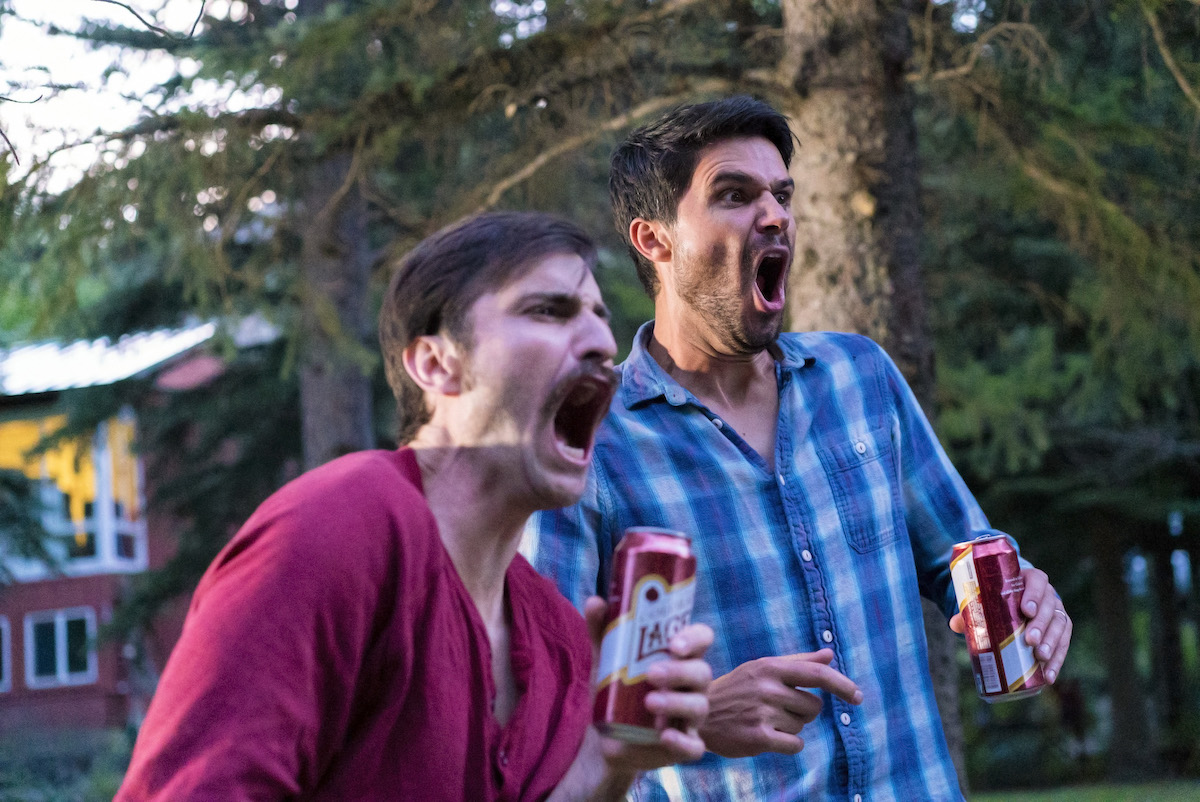 Eventually, though, Man Camp finds its footing and figures out exactly what it is. It’s a family comedy where the brothers realize they’re working out their grief in unhealthy ways. All at the expense of poor, patient Alan, who makes for a hilarious punching bag. The second half of the film is much tighter and more focused and consistent in tone and comedy. It covers up for first half’s problems.

One thing that is never an issue is how good the movie looks. Man Camp cost less than $300,000 to make, but you would never know it other than some lighting issues during night scenes. Knowing its price tag does give you an appreciation for the care and quality that went into making the movie, and that makes the experience of watching it better. As does the ending, when all the characters experience some real, meaningful growth. The movie has plenty of comedy. And it also has plenty of heart.

Man Camp, with its title and low budget, could have been a lot of things. Instead it’s none of them. It’s better.

You can pre-order Man Camp iTunes and AppleTV now, and it comes to streaming (Amazon, Google Play, YouTube, Vudu) on April 21.