Why MAMMA MIA 3 Should Be Called POPPA PIA - Nerdist

Why MAMMA MIA 3 Should Be Called POPPA PIA

The Mamma Mia! movies are singular. They are bizarre, baroque delicacies. Films that exist on a plane of logic mere mortals cannot infiltrate. And with news that a third movie may be in the works, I have to fight for a truth I believe in more than most things: That Mamma Mia! 3 should be called Mamma Mia!: Poppa Pia.

This title was suggested by my friend and former boss Steve Gadlin (who’s also a talented comedian and host of the weekly online talk show Talkin’ Funny 2020) on Twitter, and the second I heard it, time halted around me. Yes. He’s absolutely right. Mamma Mia!: Poppa Pia is the best possible title for a third movie because it sets up another prospect I’ve always wanted for these movies. And it involves a fourth dad contender. 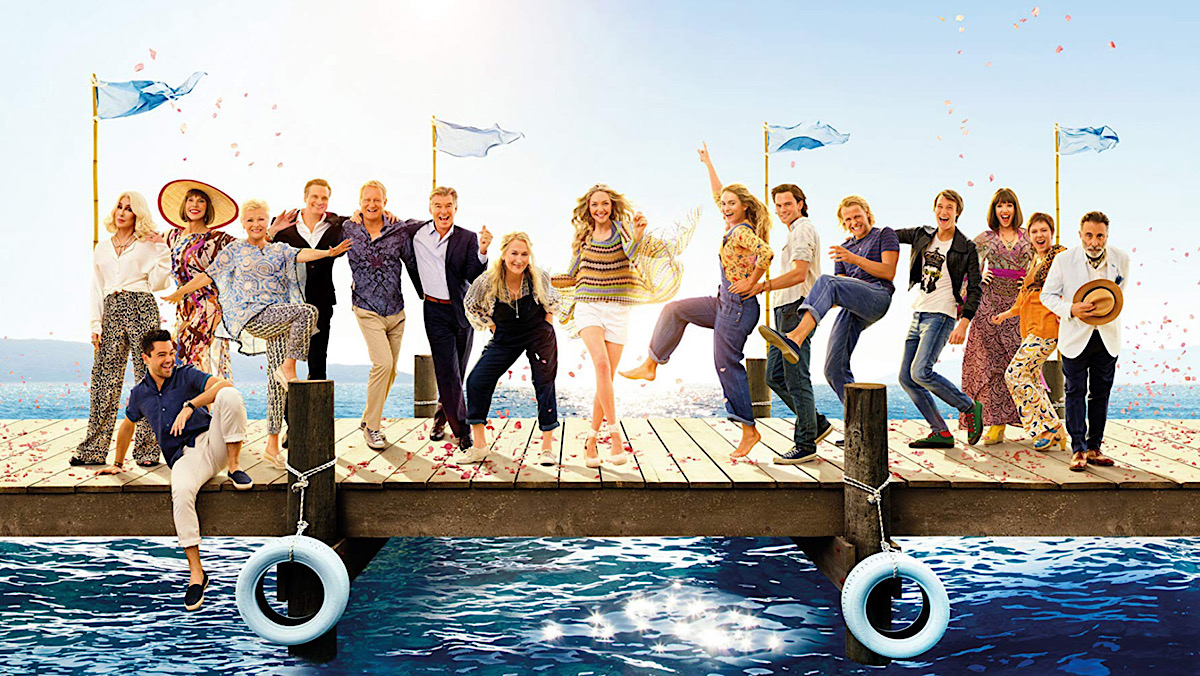 Here’s the basic plot of the Mamma Mia! movies

In case you’ve never seen ‘em (and, like, how dare you), there are two Mamma Mia! movies. Both are equally ridiculous, but the sequel catapults the saga into the nethersphere in a way almost impossible to describe without going mad—sort of a Yellow King situation.

The first is based on the popular Broadway jukebox musical of the same name, with every song a re-contextualized ABBA track laced together to tell the story of a woman named Donna (Meryl Streep) who, 20 years prior, slept with three men around the same time and had a daughter named Sophie (Amanda Seyfried) as a result. She has no idea which one of these dudes is the father and doesn’t really care, either. But a curious Sophie does some detective work, discovers all three of their identities, and invites them to the Greek island where she lives with her mother on the eve of her wedding. The men all show up and hi-jinks ensue!

The dads are played by Pierce Brosnan, Colin Firth, and Stellan Skarsgård. None of them can sing but they’re all in a musical anyway! Oh, and Donna has two best friends, Tanya and Rosie, played by mother-fricken Christine Baranski and Julie Walters because god made the Mamma Mia! movies strictly for the people.

We never find out who the dad really is because Sophie decides it doesn’t matter. Meryl Streep marries Pierce Brosnan. Sophie gets married. Everything is lovely! But then the sequel arrives, and… Meryl Streep is dead, but don’t worry—Cher is aboard to play her mother and fill that Meryl-shaped hole left behind. (Note: Cher is three years older than Meryl Streep in real life. Welcome to Mamma Mia, baby!)

Mamma Mia!: Here We Go Again is sort of a sequel-prequel hybrid. Sophie is pregnant and therefore nostalgic for her dead mom. In flashbacks, we see the full story of young Donna’s arrival at motherhood and the three hunks she shags to get there. Lily James plays Donna and she’s just the loveliest and has the shiniest tan legs. We still never find out the true identity of the father, but Meryl comes back briefly as a ghost to sing at her grandchild’s baptism. The credits sequence has every version of the characters—young and old—dancing together. HERE WE GO AGAIN, indeed.

But, like, who is the dad, right? You know you’re wondering. This is where my pitch for Mamma Mia!: Poppa Pia comes into play. 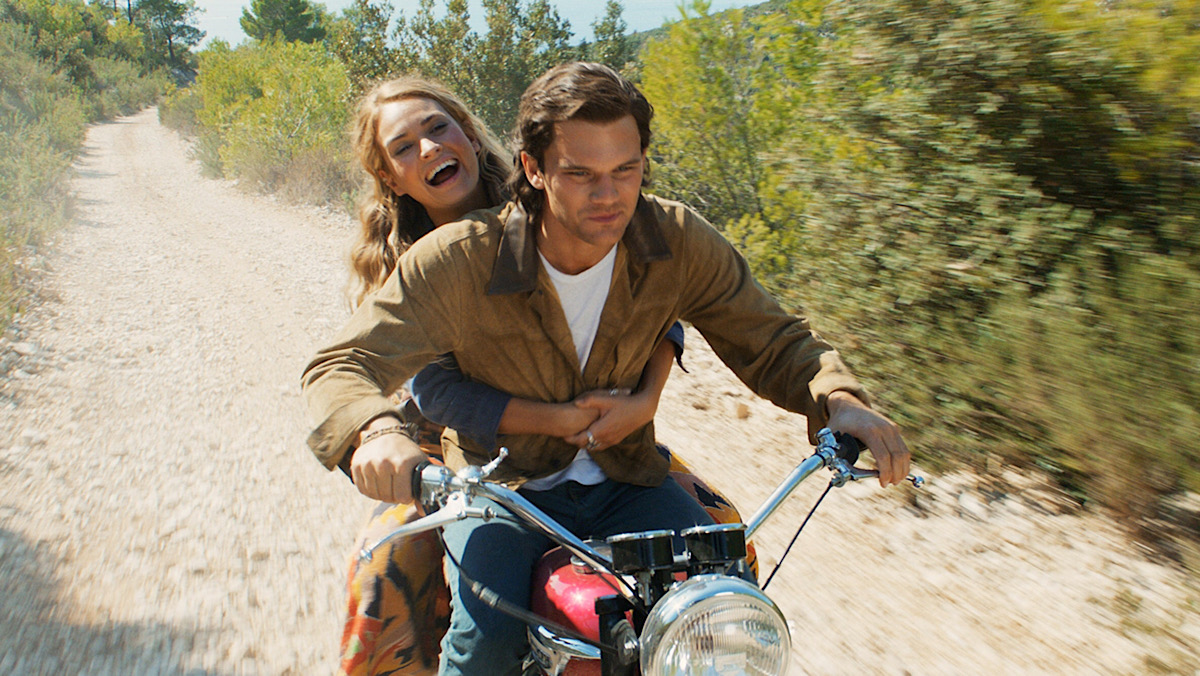 Yeah, that’s right. What if Donna also hooked up with a fourth guy she never mentioned to anyone because it turns out he’s evil? And what if he finds out Donna died and left her gorgeous Greek resort to Sophie, and schemes his way into the picture? What if, unlike the other dads, he can actually sing?

Timelines in the Mamma Mia! Expanded Universe mean absolutely nothing, so we could sneak him into the plot of the second one pretty easily. Maybe right after Sam, Donna had a drunken fling with a pretty boy charmer who immediately breaks her heart. Maybe the whole reason she’s been cagey about Sophie’s birth father all this time is because she’s pretty certain it’s this bad guy and tries to expunge him from existence.

In Mamma Mia!: Poppa Pia, this guy shows up out of nowhere and is as charming as he was way back when. For a while, we the audience—along with the present-day cast—fall for it. But when the layers are pulled back, we see the schmuck for who he really is. We eventually learn he really is Sophie’s dad, but the plot would make an elegant argument that family is who we make it, and we are not tied to our birth identities. (It’d be a little like another third franchise installment, but this one would actually make sense.)

This plot would work out great because you could once again get the full cast involved. We’d get more from the wonderful Lily James, all of the flashback dude actors, all of the modern dude actors, Baranski and Walters, and hell, bring back Cher too! And Andy Garcia while we’re at it! Meryl can pop in for another end credits sequence. And Sophie’s kid would be older at this point—it’d be fun with the kid was the one who figured out mustache-twirling real dad sucked before anyone else. 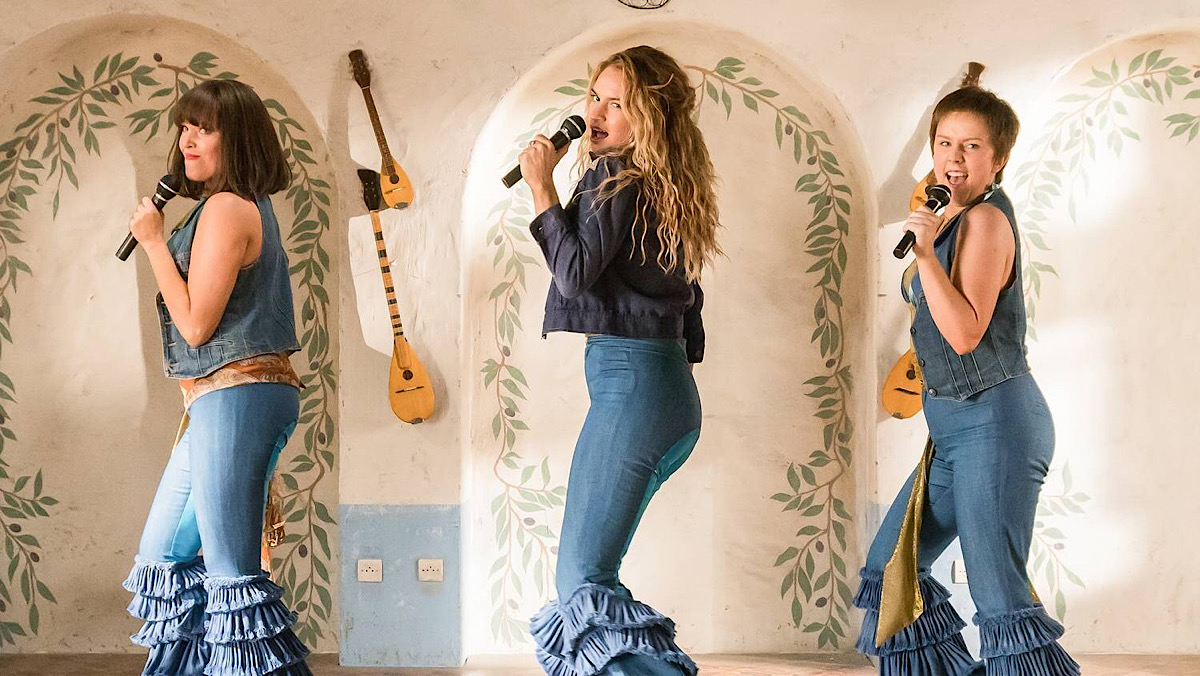 But what about the songs?

Well, obviously we were getting to that! It’s not a Mamma Mia! movie without ABBA tracks. We’d love to see songs like “Ring Ring,” “Summer Night City,” “Head Over Heels,” “If It Wasn’t For the Nights,” “That’s Me,” “As Good As New,” and “Under Attack” in Mamma Mia!: Poppa Pia. Also, there are four ABBA songs that appeared in both previous Mamma Mia! movies and for consistency’s sake must appear again: “Mamma Mia,” “Dancing Queen,” “I Have a Dream,” and, naturally, “Super Trouper.” (The best ABBA song, duh.)

The music is really the shining star of the Mamma Mia! franchise, so we’d love to see a more talented person than us figured out how to weave all of these tunes into a bad-dad, reclaiming your own identity, found-family sequel called Mamma Mia!: Poppa Pia. Our souls deserve it.