Why LUPIN's Assane Diop Is a Top-Tier Gentleman Thief - Nerdist

Why LUPIN’s Assane Diop Is a Top-Tier Gentleman Thief

In general pop culture, there are certain character archetypes that are overwhelmingly depicted by white men. The sleek secret service agent with a bevy of resources at his disposal; the cunning master of disguise; the curious and clever investigator; the enthralling high-class scammer. These are just a few examples that come to mind. The diversity imbalance is so stark that many view these characters’ activities as outside the “typical” scope of men of color, specifically Black and brown men. They are often relegated to menial roles or antagonists to be thwarted by the white lead. Netflix’s French action series Lupin subverts this with Assane Diop. This top-tier protagonist and gentleman thief takes pages from a storybook and replicates them in his own quest for vengeance.

Lupin slowly peels back the intricate layers of Diop’s life as a Senegal native who immigrates to France with his father Babakar during childhood. Assane became keenly aware of perceptions about his Blackness at an early age; a heartbreaking rite of passage for many Black individuals, specifically those in predominately white spaces. Lupin clearly affirms that anti-Blackness is not exclusive to the United States; it places Assane and his father in situations that range from racist microagressions to dangerous white privilege. The latter leads to Assane’s greatest life tragedy, which drives his actions. 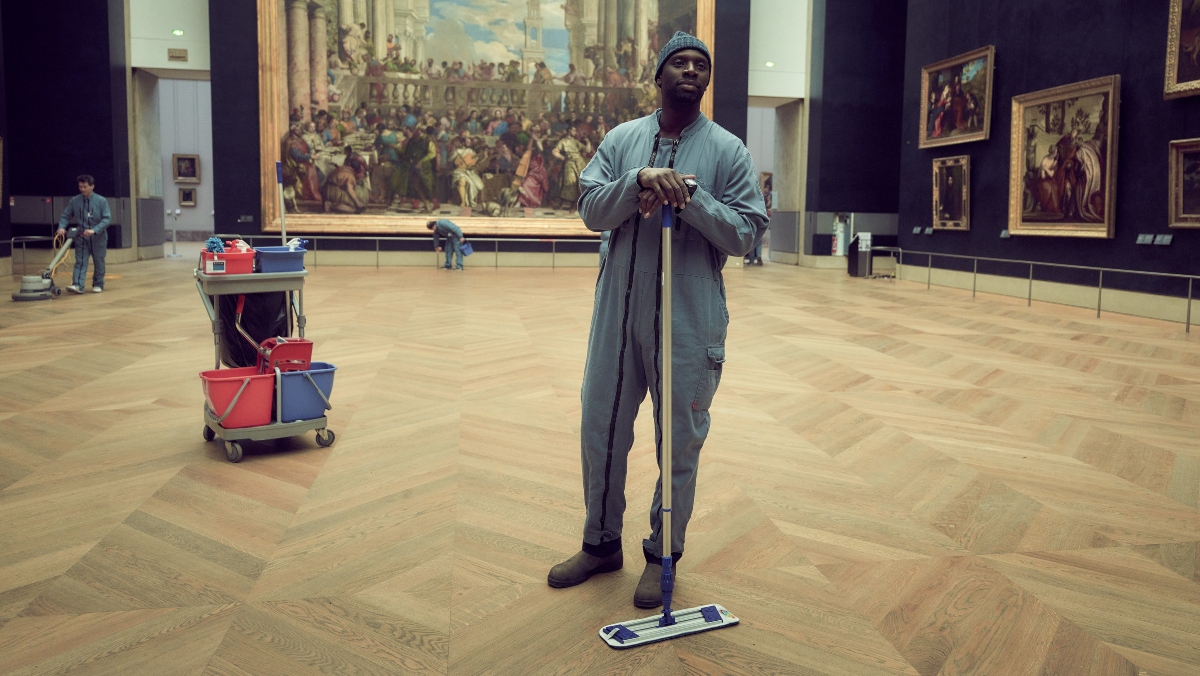 Assane remains in close proximity to wealthy white people and constantly reminded by his peers that he isn’t welcome. Babakar gifts Assane a book about the incredible escapist adventures of Arsene Lupin. This gentleman thief character makes a profound impact on the boy’s life.

As an adult, Assane cleverly integrates Lupin’s methodology into his life of schemes while leveraging his Blackness to his advantage. Viewers first see him moonlighting as unsuspecting Louvre janitor, a job where people are often overlooked and underappreciated despite being the backbone of an organization. His position allows him to observe security patterns and carefully plot his heist.

The white people around him barely look at his face nor speak to him at great length. Others keep him in the periphery of their distrusting eyes. He speaks just enough to appear unthreatening yet doesn’t play the friendly hand too much to make true connections. He is by all accounts invisible despite being the definition of tall, dark, and handsome.

“You see? You underestimated me…You saw me, but you didn’t really look. Just like they don’t look…The people I work for, everyone who lives on that side of town…” -Assane Diop 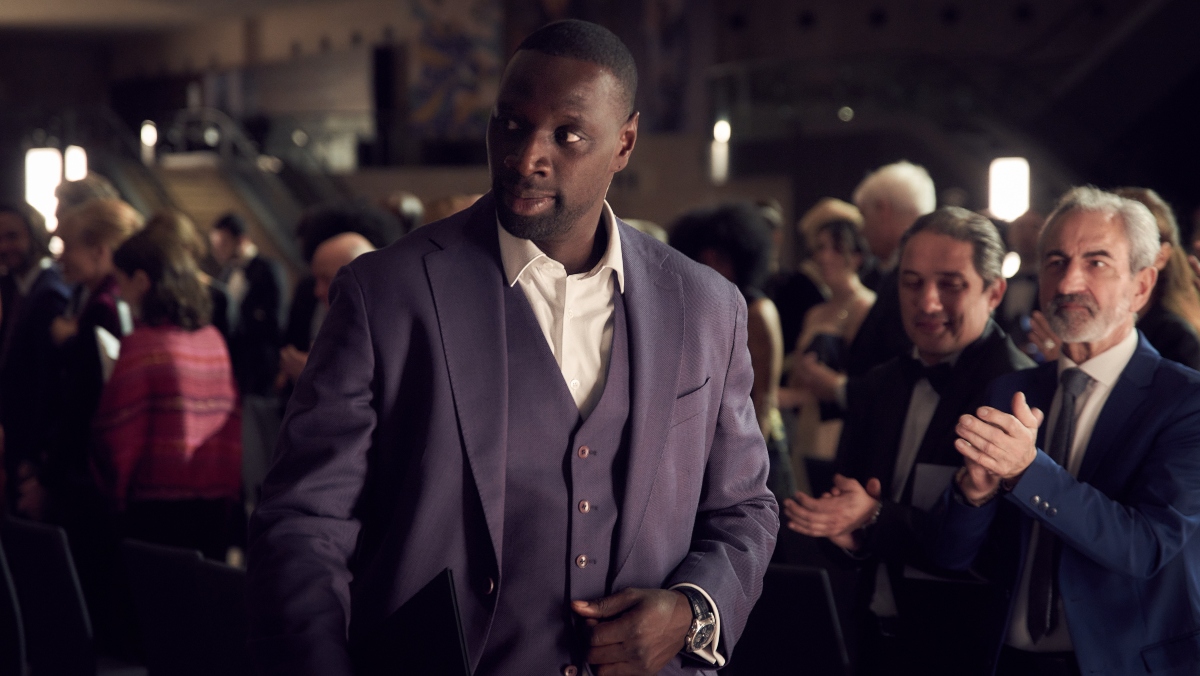 Later on, he chooses a simple disguise of a suit and a confident, wealthy aura to complete his initial plan. He knows how rich white people move, think, and interact within their spaces. The same Blackness that made him unseen as a janitor makes him stand out like an anomaly, captivating a room of wealthy patrons. He’s also underestimated by his co-conspirators and comes out on top of the action.

Throughout Lupin‘s initial episodes, Assane repeatedly leans into how many white people see Black men as a monolith, using stereotypes to switch places with people. Most people can’t clearly recall the details of his face; he’s simply a tall Black man. His ability to be a successful gentleman thief leans into the realness of Black men being highly visible yet invisible in this world.

Of course, Assane Diop delivers what viewers would typically expect from this type of character. He exhibits athletic prowess, evading those in close pursuit on bikes and foot and holding his own in fist fights. He’s both direct and cunning, slipping into several decidedly simple disguises and creating fun havoc to stay one step ahead. Diop’s charisma woos everyone around him, disarming their reservations and engaging them in his complex world. His uncanny sleight of hand and ability to play into interesting stereotypes always work to his advantage.

His vast literary knowledge, sense of style, and flow from menacing to lighthearted and charming in the midst of a looming injustice continuously lures the viewer into living vicariously through his exploits. He is Lupin, Dantes, and a litany of other fictional heroes leaping from pages into a plausible story. 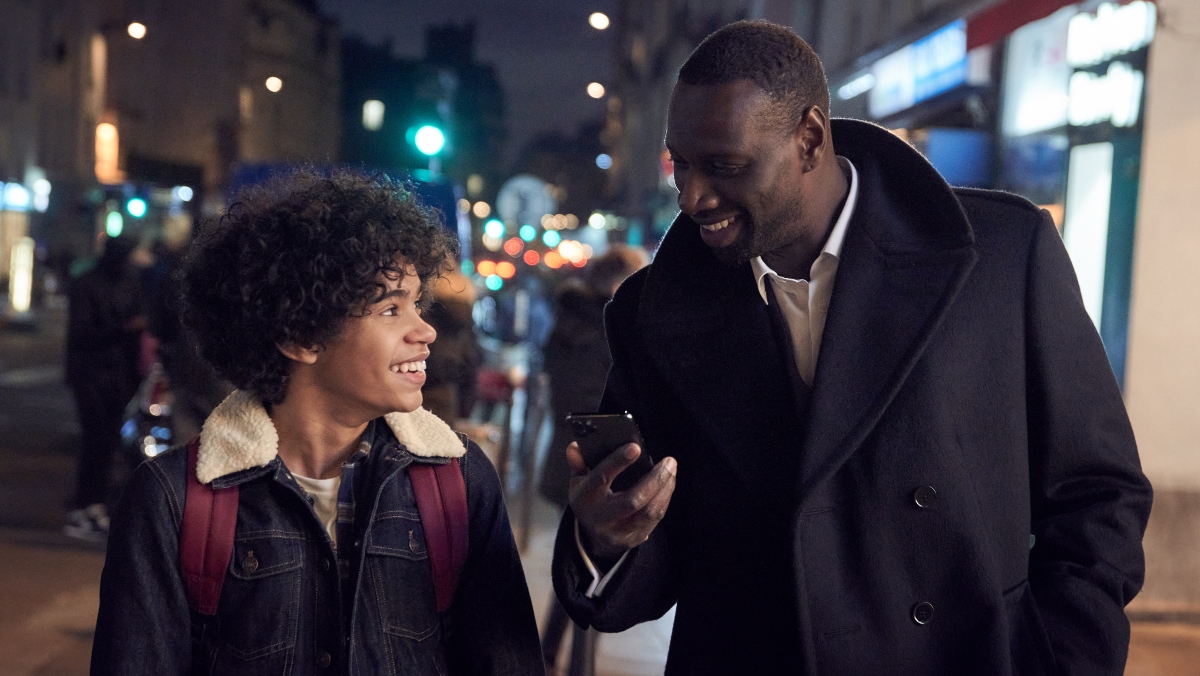 Characters like Assane often feel far removed from our reality with outlandishly lavish or secretive lives; however, Assane is as grounded as he is a fantasy figure. His laser-focused quest for vengeance comes at a real-life personal cost. Assane and his wife Claire are separated and he’s working hard to make sure his son Raoul is a priority.

His family and best friend/partner-in-crime Benjamin consistently ground and refocus him when he’s spiraling into dangerous territory. Those relationships break far past surface level with Diop inciting paranoia, love, whimsy, nurture, and passion in erratic doses. It’s easy to see why someone would love, adore, barely know, and distance themselves from him at the same time. He’s a real man, full of contradictions and complications, searching for a resolution.

Like many people, his core wound often drives him towards difficult decisions for the right reasons. He desperately wants to heal and bring truths to light but he sometimes flounders on his path towards this goal. Lupin Part 1 ends with how things would presumably end in reality. The proverbial walls close in and Assane’s Lupin-esque exploits devolve into serious consequences for innocent people.

He’s the man with a clever plan but, for now, Assane is afraid and unsure of his next move. But one thing is for sure: it’s a move worth watching. Assane Diop’s clever missions coupled with his humanity makes it easy to connect with his bombastic, distressing, and engaging story. Cheers to the anti-hero we’ve been waiting for.