Dee’s pain over losing her father, best friend Emmett “Bobo” Till, and her mom’s disappearance is now the least of her worries. Kid comic creator Dee Freeman is officially a player in Lovecraft Country‘s magical mayhem. The series leans heavily into the controversial novel Uncle Tom’s Cabin and uses one of its characters, Topsy, to create a waking nightmare for Dee.

Dee has overwhelming emotions at Bobo’s funeral that lead to her wandering the streets alone. Unfortunately, Lancaster tracks her down and asks her what she knows about magic. Poor Dee legitimately doesn’t know anything about what’s going on with her family but she’s about to get a disturbing lesson. Lancaster and another officer use magic to put a curse on Dee. It’s an attempt to silence her and force her into helping them retrieve Hiram’s orrery.

She doesn’t realize the extent of what’s going on until something strange happens with her copy of Uncle Tom’s Cabin. The front of the book depicts a white girl and a Black girl standing together. Suddenly, the photo changes and shows the Black girl with an evil face and long, grotesque fingers. One of her hands is on the other child’s head, which she has apparently smashed into a mirror. This image scares Dee and imprints on her. She begins to see two grimacing and terrifying girls who intend to kill her. They resemble dated and offensive caricatures of Black people, hence the episode’s name. Dee is the only person who can see them but they are very real. 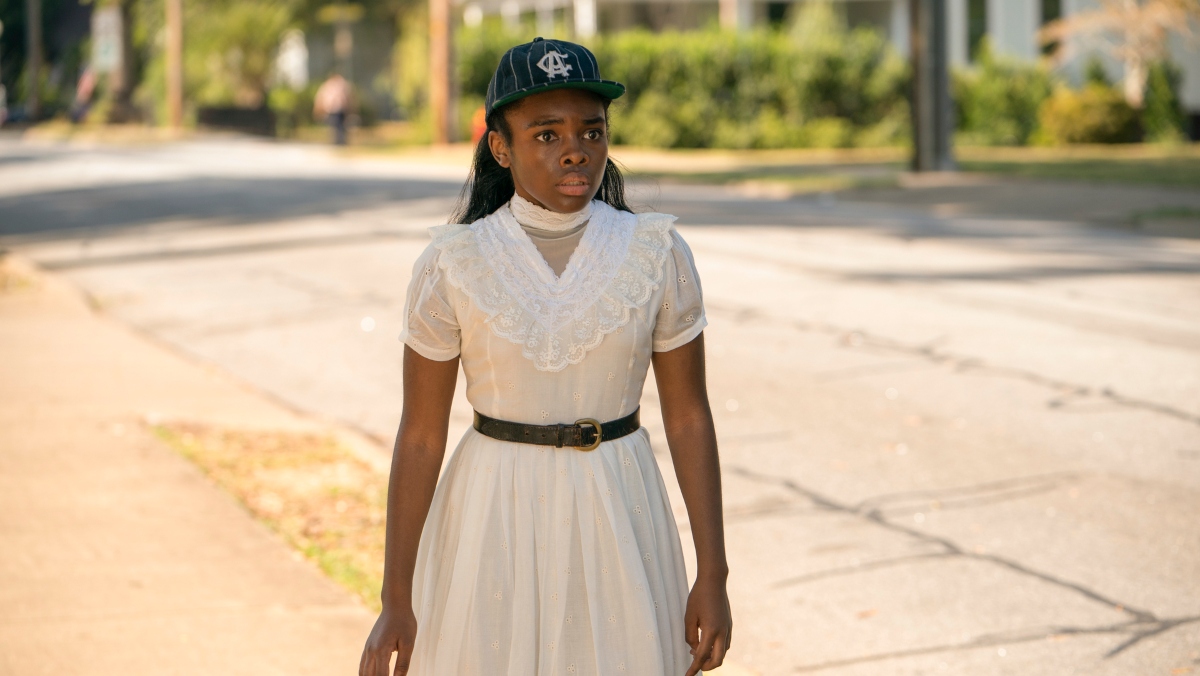 The suddenly evil and real book character in question is Topsy from Uncle Tom’s Cabin. The 1852 novel is the work of Harriet Beecher Stowe, a white female abolitionist. It centers on Uncle Tom, an enslaved and essentially saintly Christian Black man who rescues a girl named Eva. Her father shows his gratitude by purchasing Tom as a thank you. (Umm…yeah.) Eva and Tom become friends and she asks her father on her deathbed to free all slaves. But, Eva’s father dies and Tom gets a horrible new owner. Tom later dies because he won’t tell on runaway slaves.

Topsy isn’t as prominent in the story but her impact is great. She’s an enslaved girl who doesn’t have Tom’s staunch religious beliefs. Topsy serves as the stereotypical “pickaninny,” a.k.a. a racist caricature of Black kids from that time period. The book describes her as an “imp of darkness” and a mischievous thief. Her wide eyes, tattered clothing, and many ponytails make her look “evil” alongside the blonde “angel” Eva.

Topsy doesn’t believe in God nor understand love until Eva changes her with her heart of gold. A dying Eva gives Topsy a curl of her hair to inspire her to be a good Christian so they can meet in heaven one day. It’s a clearly problematic depiction that screams “white savior.”

Uncle Tom’s Cabin is seen as a catalyst for the Civil War but it also reflects the harmful stereotypes of Black people like “mammies” and what later became known as an “Uncle Tom,” the long suffering yet loyal servant. Stowe’s depiction of Topsy as a “wild,” evil Black girl was supposed to garner sympathy but it instead sparked a pervasive caricature of Black girls. 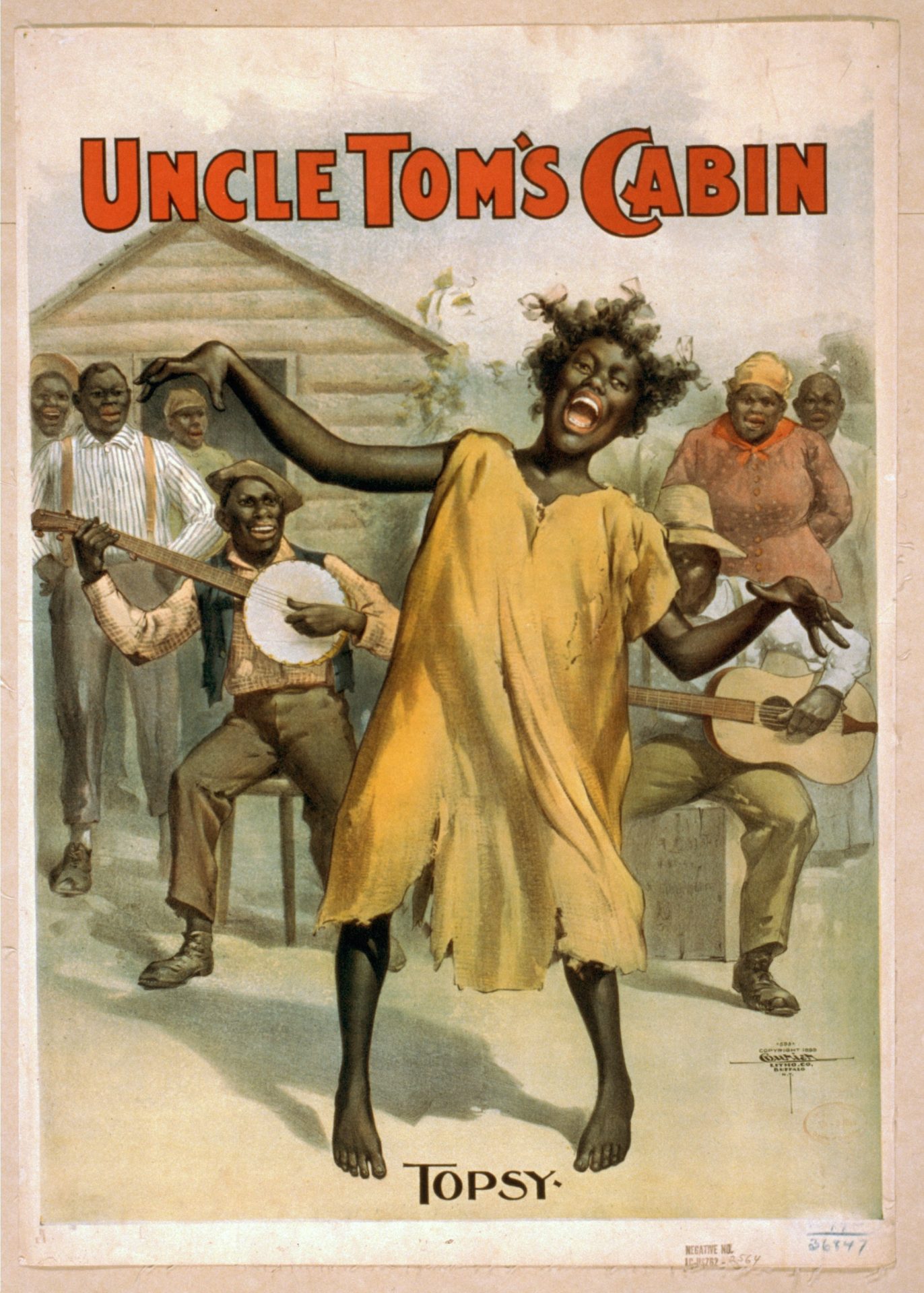 Topsy became a part of minstrel shows where her speech patterns and physical looks were used to garner laughs and not sympathy. She was always talked about in relation to what someone else thinks of her or in juxtaposition to her innocent White counterpart. She never got a chance to have a voice of her own. Topsy’s legacy informs a lot of views about Black girls that persists today. According to Georgetown Law, studies show that Black girls are seen as less innocent than their white counterparts.

In Lovecraft Country, the Topsys chasing Dee are reminiscent of how some white people would view Black kids: evil, dangerous, and untamed. But Dee is actually a foil for these representations of Topsy in several ways. Topsy never had any real agency. Her only defining traits come from the eyes of white people. Readers never get to experience anything from her perspective because she’s a prop for other characters.

Lancaster’s magical curse takes away Dee’s agency. But, she regains it by refusing to be a part of Lancaster’s game. She pushes back at everyone around her trying to hide the truth about the world. She now knows that magic exists and, although she doesn’t have any of her own, she will do what she can to fight for herself. She’s smart and knows nothing good can come from teaming up with a magical white police officer. Like Hippolyta did in “I Am,” Dee refuses to shrink and let things simply happen to her. Dee will express her anger, stand bold in the face of injustice, and fight the fears that exist only before her eyes.

She sets a trap for the Topsys by drawing a picture of them to summon them since she’s no longer afraid. And she finds a weapon to fight. Unfortunately, Montrose intervenes and she appears to be cut on her arm by one of the figures. It seems Dee may have lost her battle but it appears that Lancaster dies right around the same time. Perhaps his death will make the figures go away so Dee can live another day. If so, she will be a true force; a bold Black girl fueled with a deep desire to avenge her parents and tap into some magic of her own.