Love Evolution on the Tabletop? Apply To Alpha Test The Digital Version! - Nerdist

Love Evolution on the Tabletop? Apply To Alpha Test The Digital Version!

We’ve previously mentioned Evolution, the board game where you intelligently design your own prehistoric species and compete for food (a source of points in the game) against other players. The game becomes a sort of arms race to better adapt your species to the species of the other players. It’s a delightful game that is incredibly easy to learn but has the kind of bluffing and strategic decision making that makes it hard to master. Not to mention the fact that with the evolution cards being drawn randomly, no two games are ever the same. I recently picked up both Evolution and Evolution: The Beginning to play with the family (including an 8-year-old kid who LOVES dinosaurs). I was delighted to see access codes in both games for the digital versions of each of my newly acquired board games. After registering both of the codes, my heart sank when I got the bad news; in development. 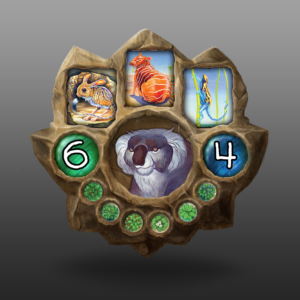 Well, development on Evolution is heating up and the digital game, which is being developed by North Star Games, the game’s publisher, is getting ready to launch their Alpha Testing. Anyone can apply to be an Alpha Tester for the game with full details found on their site. Selected testers will receive an invitation by email. Don’t fret if you aren’t selected in the first wave, they are releasing the Alpha through multiple rounds of testing over the spring and summer, with the first round being in May. The game is going to be distributed via Steam, so make sure you are already setup on the platform before you submit your application. For those of us who have already registered a code for the digital version, you don’t need to apply: North Star Games is being super thoughtful and sending you an invitation to be an Alpha Tester as a thank you for supporting their games.

Each wave of Alpha Testing is only for limited time access to the game so make sure that if you do receive an invite, you act fast so that you don’t miss the window. Get your applications in before April 22, 2017 if you want to help bring this incredibly fun tabletop game to the digital realm.

Are you going to apply to be an Alpha Tester? Let us know in the comments!