Luxury fashion has always delighted and perplexed me. I grew up in the middle of nowhere, far from flashing city lights and opulence and wealth. Where I’m from, Carhartt overalls and John Deere hats were as high-fashion as it got. So I had to rely on glossy magazines and cinema to remind me that there was another world out there. Because of my magazine obsession, I became enamored with name brands like Gucci and Chanel and, of course, Louis Vuitton. I loved the fantasy they created with their designs.

Now, as an adult who’s lived in cities and woken up to some of the uglier parts of the fashion industry, I’m less enchanted. But I still enjoy the drama of high-fashion extravaganza every now and then. And I still get amused when luxury brands create ridiculous, expensive, improbable pieces of art. Which is why I respect the latest Louis Vuitton product taking the internet by storm. It’s a purse from the new Louis Vuitton Fall/Winter 2021 menswear collection by artistic director Virgil Abloh. It looks like an airplane. Oh, and it costs $39,000.

Yes, that’s an absurd asking price for an accessory. (According to Design Taxi, you can buy an actual full-sized airplane for less money on eBay.) But the story behind Abloh’s line is pretty fascinating. His new line was inspired by the tourist vs. purist archetypes, which are contrasting masculine stereotypes. “It’s my organizing principle for my point of view when I make things,” Abloh told Vogue. “A tourist is someone who’s eager to learn, who wants to see the Eiffel Tower when they come to Paris. The purist is the person who knows everything about everything.” 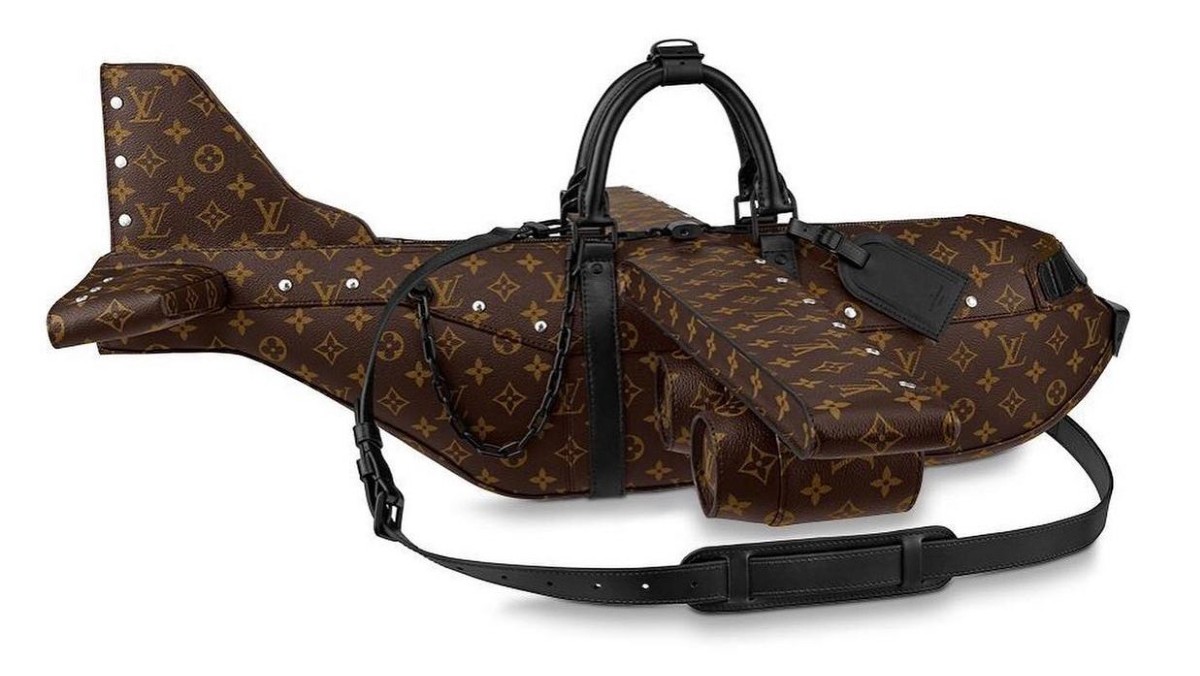 Abloh’s Louis Vuitton line is an autobiographical exploration of his African American heritage; the line is meant to express what it means to be an African American creative director in Europe.

Believe it or not, but $39,000 isn’t even as expensive as designer handbags get. For reference, the Olsen twins’ luxury fashion line The Row sells a handbag that costs $49,500. And Hermès, known for their wildly expensive purses, sells one that costs $2 million. At least this airplane bag has some quirk and a fascinating backstory.