Looking For Sidequests? Run Downtimes As Full Sessions With These GM Tips - Nerdist

Looking For Sidequests? Run Downtimes As Full Sessions With These GM Tips

GM Tips Our series to help Storytellers and Game Masters improve their craft and create memorable roleplaying experiences. Last week, tackled making living cities, and this week we will discuss an infinite pool of sidequests—downtime actions!

On Adventurers League tables around the country, players accumulate their downtime points and submit them like good little accountants on their spreadsheets. White Wolf players in any system have their characters play Machiavelli and submit their influence actions to increase their domain. Eclipse Phase characters cash in well-earned reputation points for favors off world and new bodies to take a vacation in—and all of them happen off-screen.

It may not be the highlight of the campaign, but these off-screen downtime actions are where characters real life is lived and from time to time, serve as a great session to run for your players. Particularly if you are down a real life player or two. Pause your main game and go back in time to run a downtime session, or even make it a solo session. If you get good enough at them, you’ll find as a GM your players will write their own campaigns based off their shenanigans.

Or end up in jail. That happens a lot.

Start With A Chase Scene 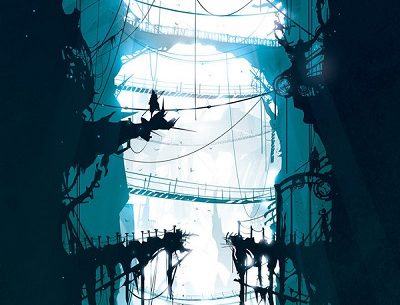 Not every downtime action is an exciting affair that is worth storytelling. Overall, there are only so many ways to make reading a book in a library a riveting engagement. Purchasing or selling magical items can be fraught with danger and make the easiest ones to storytell on the fly for, but what about the rest? Since downtime actions are solo-affairs and the rest of the party is there to watch, but rarely engage, you’ve gotta spice up the show-and-tell. So try a chase scene.

It doesn’t really matter what the downtime action is; take researching in the library for example, rather than start off the scene with the character going to the library and reading the books, do all the rolls ahead of time. When you determine the foil or get the results, the storyteller can draw a clear dotted line to adventure. Start the character scene off with the player being chased by angry librarians for some reason and rewind backwards from there. How did exactly Krog the Cleric end up getting chased by these monks? Rolling out the dice ahead of time and crafting a mini-scene for everyone to enjoy keeps the pace up when you have to focus on one player at a time.

Downtime actions naturally happen between adventures anyway, so it’s the perfect time for you to pause and showcase the impact of what just happened. When you are planning your downtime session, take a few extra minutes and drop in regular life impact sprinkled around your setting. If the players just wiped out a Camarilla City and sealed glory for the Sword of Caine, then have the police talking in late-night diners about how their lives have improved under proper leadership.  You get the drift.

As players go through their downtime actions, always include resolution for the smaller NPC’s they encountered along the way. What became of the shopkeep they loved? Did he pack up and move to a new city? Or maybe they let one bandit get away and see him working as a busboy in a tavern. Even if you are running an adventurer’s league game, you can afford the pause in a weekly schedule to tie some events together and add some life into Faerun.

Not every adventure needs to challenge the players and threaten them with their imminent demise. You need to allow your players a sandbox to cut loose and show off a little in, and down times are the place to do it. After all, they are the heroes, the protagonists, the center of the story and thus by default—better than Joe the bartender (at least they think so, little do they know…). Regardless of Joe the bartender’s real agenda, giving characters a chance to be the bad-asses they are in pit-fights, gambling arenas, or even in university wizard duels helps both players get attached to characters and establishes a framework of power to the world.

If you let your players have downtime actions where they can solo missions and don’t need a full party, it adds gravitas to an adventure where they need a full team. It can also provide valuable insight (and a few laughs) into how characters act when left alone in the world you’ve crafted, outside of the judgmental eye of their ranger teammate who nags them about dietary habits. After a downtime solo session where all the players can enjoy the out-of-game shenanigans, the characters will be more developed and confident when they get back in a team.

Have you ever had side-quests turn into a major campaign? Share your best plot derailment stories in the comments below!