Listen to Smooth McGroove For Some Aca-Awesome Video Game Nostalgia

McGroove, also known as Max Gleason, is an incredible vocalist who has been uploading acapella versions of classic and recent video game soundtracks to YouTube since 2013. Each video features a unique rearrangement of the soundtrack piece sung a cappella by McGroove in as many as 12 different parts.

Smooth McGroove has focused on classic game music like The Legend of Zelda, the Final Fantasy series, Mega Man, and more, although you can find a few recent titles like Undertale and World of Warcraft.

The music is usually accompanied by a little bit of gameplay, handy for a nice dose of nostalgia if it’s been a long time since you’ve seen the classic game in action. But it’s worth watching McGroove sing instead of focusing on the game–each part features his singing talent and some furious eyebrow action. (And, in each video, keep an eye out for his cat Charl to make a cameo.) 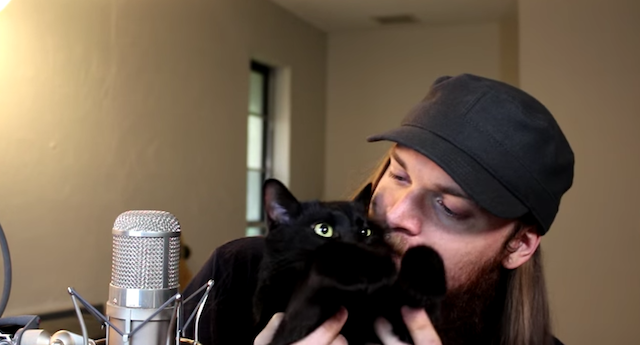 In a 2013 interview with Game Informer, McGroove cited the memorable melodies of cartridge games as his focus and inspiration. “Back in those NES and Sega Genesis days, you had maybe eight tracks to work with, so you really had to make them count,” McGroove told Game Informer, as opposed to modern game music that tends to be more atmospheric.

McGroove’s a capella arrangements are as catchy as the video game melodies they’re based on. There are over 100 covers of classic video game music on Smooth McGroove’s YouTube channel, and you can find his albums on iTunes as well.

Admit it, sometimes you sing your favorite game music in the shower. Tell us which songs in the comments.