I Fought in a Competitive Lightsaber Tournament - Nerdist

I Fought in a Competitive Lightsaber Tournament

by Jesse B. Gill

Do or do not. There is no try. That’s the approach I took last year when I decided I wanted to learn to fight with a lightsaber for real. Or…as real as I could get, anyway.

I’m pretty obsessed with lightsabers and I feel like I don’t really have to explain why. From the very first time I saw Luke Skywalker spark up that green laser sword and slaughter Jabba’s goons in Return of the Jedi, I was hooked. I know I’m not the only person in the world who feels that way, and since my job is to make videos here at Nerdist, I try to shoehorn lightsabers into as many videos as my bosses will let me get away with.

About a year ago, I made a Nerdist video about the Saber Legion. These men and women gear up in full armor and hack the crap out of each other with lightsabers. Terry Birnbaum, the organization’s founder, told me about an event called TSL3, their third annual national tournament held in Las Vegas as part of CombatCon. I had about a year to get ready and I figured it was time to put Master Yoda’s words into practice and go for it.

I grew up playing baseball. I’m not a martial artist and I’ve never really been trained to fight in any way. When I first connected with the Saber Legion’s Southern California Charter, they asked me what my fighting background was. Watching Star Wars on a loop for like 30 years was the best answer I could come up with. And honestly, as I got going I realized everything I knew about swordfighting I learned from both Skywalkers and Obi-Wan Kenobi. I went as far as Milan, Italy to attend a training session with LudoSport International. You can check that out in the video above. I even got to have a conversation with Star Wars actor Ray Park about saber combat. That’s in the video too. (You should really probably check it out.)

Training in other lightsaber fighting disciplines is helpful, especially for someone who has never been trained to fight before. But as I soon found out, nothing really prepares you for the Saber Legion like the Saber Legion. I visited the group’s birthplace on a trip to Minnesota earlier this year. I got to fight with Birnbaum and Charlie Cummings, a top-ranked TSL fighter. The person in the ring who has fought the most will usually win the fight, Terry told me. I nodded like an idiot, thinking I knew what he was talking about. I didn’t find out until later that I really had no idea. 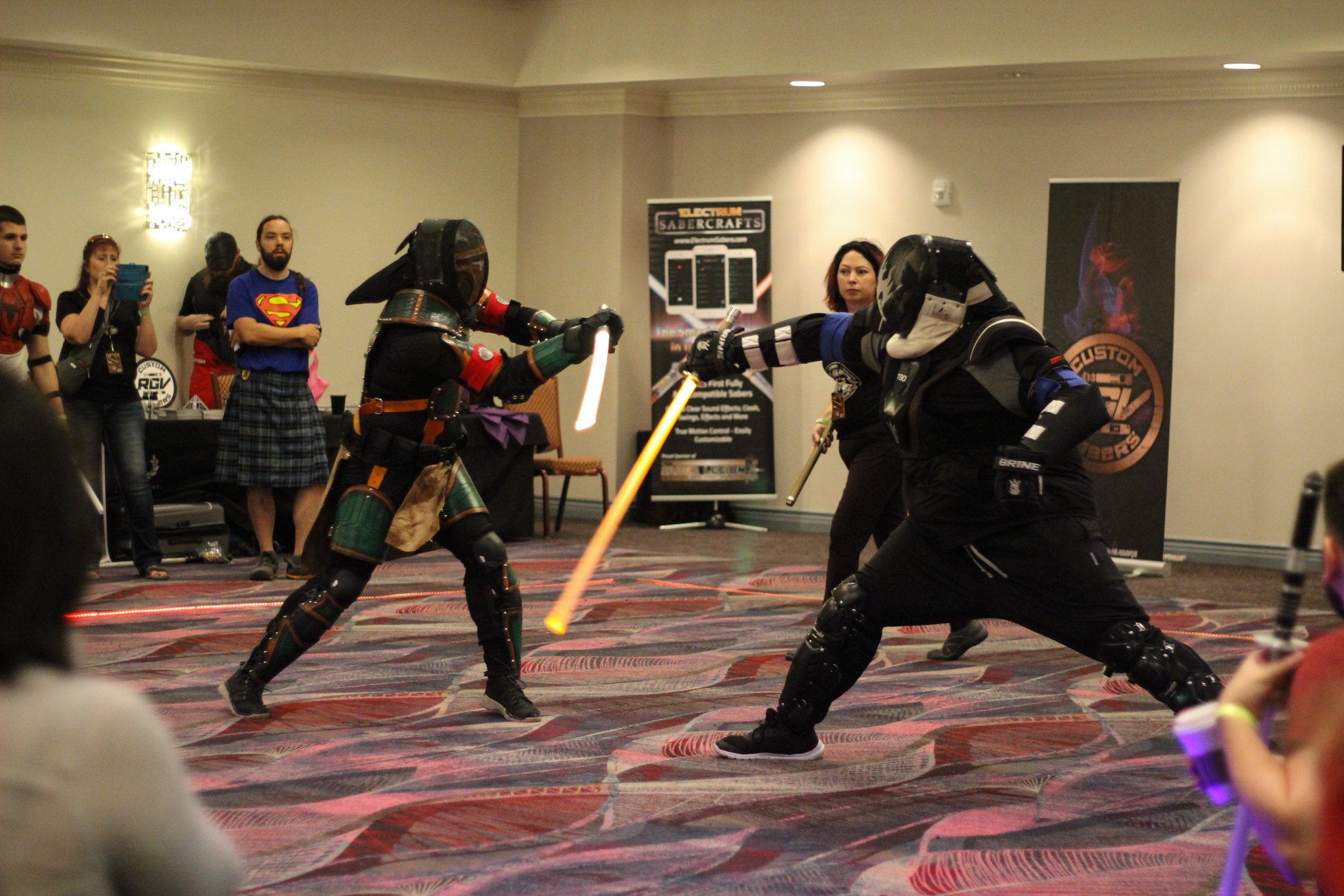 When I say it’s full armor, I’m not kidding. The organization has a strict rule set, requiring fighters to be covered head to toe in protective layers of foam, plastic, metal and leather. My whole thing was, if you’re gonna build a suit of armor, why not make it Star Wars armor? So that’s what we did. You can check out more about the armor and my custom lightsaber in the video. (Not gonna let up on this.)My trip to TSL3 was incredible. It was easily the most fun I’ve ever had at a convention, and I go to lots of them as part of my job. The fighting was exhilarating. I fought in three official tournament fights. To find out how I did, let’s all say it together now, you should check out the video. But let’s just say I found out first-hand what Terry was talking about. I had taken a whole year to get ready for TSL3 and what I quickly found out was that a year wasn’t nearly enough. 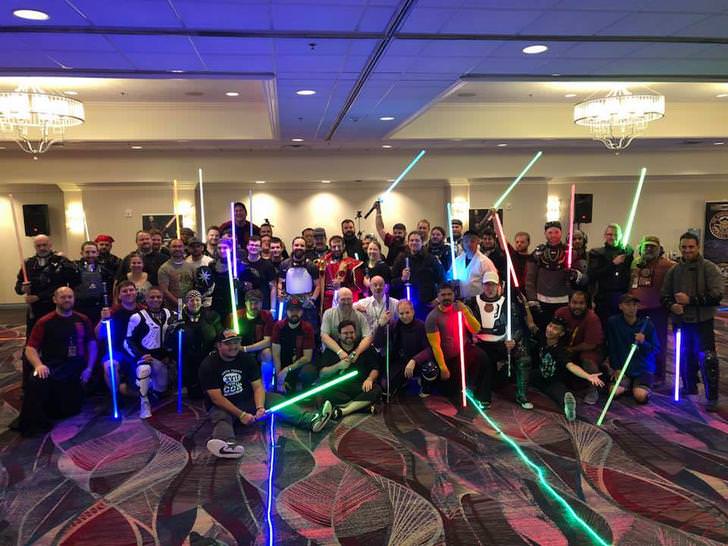 The thing I really took away from TSL3 was how much this group of fighters from all over the country truly cares for its members. After every fight, the fighters hug it out. There’s no trash talk, there’s no macho bullshit — these people just love to get in the ring with each other and fight with laser swords. And I felt like I fit right in. They’re super passionate and dedicated.

“It’s our family,” Birnbaum told me. “There’s this awesome feeling when we’re all together. You may talk with them online but when you see them in person it’s just this strong, very loving feeling. It’s amazing. I love these people.”

The Saber Legion has charters all over the U.S. Find one near you at saberlegion.org. You can also find resources there on what kind of gear you need. But seriously, if you’ve ever wanted to get out there and fight with a lightsaber, now is the time. Do or do not. There is no try.

Special thanks to Steve Huff and Creative Combat, Cang Snow and Lightspeed Saber League, Starfall Sabers, Jason Hayden, Nick Cohen at Starfall Sabers, and to my brother Brad Gill, who hung out and helped me shoot at TSL3.