Back in 2004 Grand Theft Auto: San Andreas dazzled us with its “what can’t you do?” openness, but the creative pendulum has swung in the opposite direction in the past few years. With the emergence of so-called “walking games”—like Everybody’s Gone to the Rapture and Telltale Games’ The Walking Dead’s choose-your-own adventures, which brought more life to the undead than the AMC hit series—players are finding they can actually have more fun with less. So forget leveling up your character in Witcher 3, and instead look, listen and yes, walk around a lot. It may sound like a step backwards, but limiting what a player can do might actually be a leap forward in your gameplay.

And Life is Strange might just be the best of the bunch. 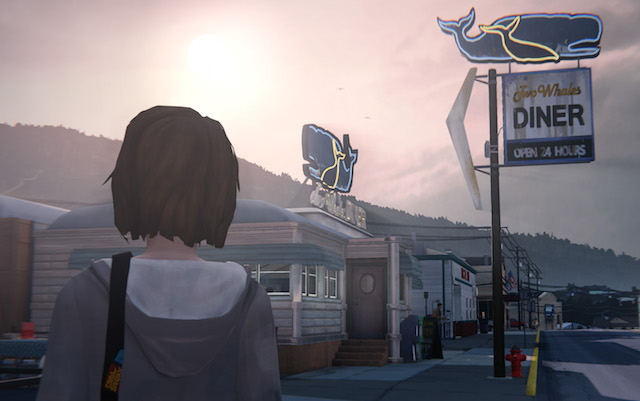 To be fair, Dontnod’s series didn’t leave much of a mark, at first. Essentially, it’s a third person adventure game where players explore environments and talk to non-playing characters (NPCs) to solve simple puzzles. Like the Telltale games, Life is Strange is being released as individual episodes, each taking about two to three hours to complete. The fifth and final installment, “Polarized,” should be out by the end of September.

The setting is the fictional Pacific Northwest seaside town of Arcadia Bay, Oregon. It follows Max Caulfield—who’s just turned eighteen and a senior at Blackwell Academy—after her fellow classmate Rachel Amber has disappeared. As amateur photographer and sleuth, Max and BFF Chloe unravel mysteries like characters on the CW or ABC Family would. There’s even a pretty little liar named Victoria Chase. The supporting cast includes rich kid sociopath Nathan Prescott, cool for an old dude photography teacher Mr. Jefferson, and the would-do-anything for Max, Warren. There’s also a massive tornado that’s doomed to destroy the sleepy town while all of this is going down. (I know.) Yet over the course four episodes, Max’s mostly unremarkable life has gained a dedicated fan base which pours over the details of the plot and argues over their favorite characters. (BTW I’m totally on Team Chloe.) 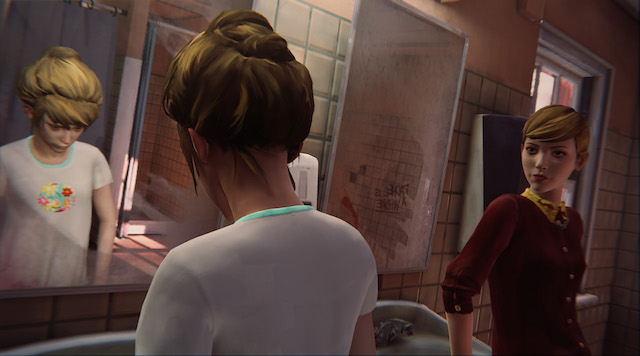 Trying to accurately represent the life of an American teenager is no easy task. As such there are plenty of times the dialogue can get pretty dumb, as can sometimes be the case when a game is narrated by an eighteen-year old, but clearly written by adults. When Chloe dares Max to kiss her—and I ,of course, hit “Kiss Chloe”—Chloe remarks, “Damn, Max, you’re hardcore!” Which… Yes, that’s what exactly who I am.

The thing is though, a moment like that—one that might be trying just a bit too hard to be edgy—somehow still works perfectly. (Just watch people play the game on Twitch.) Max’s constant commentary tends to get echoed by followers: they’ll LOL in a way that sounds supportive rather than mocking. And while the views might not be anywhere near the numbers of League of Legends or Destiny, that doesn’t mean it’s not an active community. At any time, I guarantee someone is out there streaming their umpteenth play through of the latest episode “Dark Room.” In the months in between episodes chat rooms are busy, and episode one—which was released in January—by July had surpassed over a million in sales. 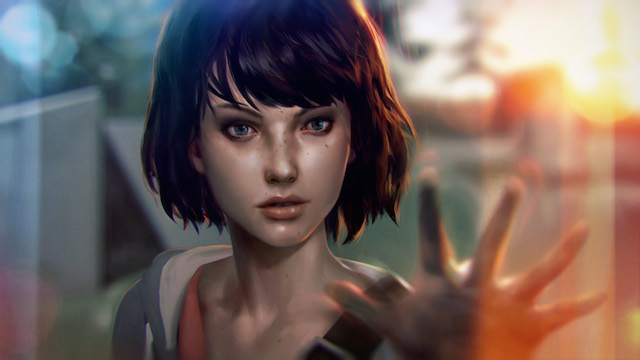 Oh, and have we mentioned the hook? Max has the ability to rewind time. While that may feel gimmick-y at first, as the story progresses it becomes way less overplayed. Interestingly, the rewind ability has sparked some controversy among fans. Some like to play/rewind until they get what they think will be the “best” outcome. Others never rewind (if possible) since they believe it breaks the narrative.

Throughout her progress, the ever-likable Max snaps pictures with her polaroid that can be looked over in her scrapbook. Max’s journal has doodles, bad poetry, and more. Taken as a single feature these perks would barely register, but the more you play, the more everything adds up to a portrait of a teen that feels very ordinary. But videogames by and large don’t do ordinary well, right?

A lot of credit goes to the voice work of Hannah Telle as shy, witty Max and Ashly Burch as angry, complex Chloe. Much of the later episodes are spent just hanging out with these two characters as eating at a diner, taking a drive, or even breaking into school after hours has an uncanny ring of reality to it.

It’s that way of lulling us into the ho-hum that makes the narrative’s more dramatic turns work so well. Topics covered include: bullying, drugs, and—if you made the wrong dialogue choices—teen suicide. Bar none, no game this year consistently punched me in the gut like the shocking endings of episodes one, two, three, and four. 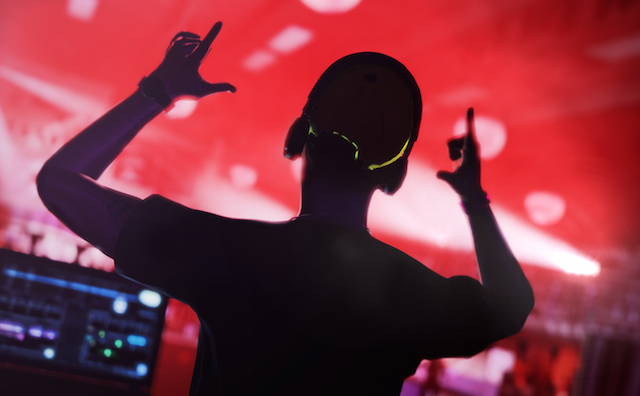 Life is Strange delivers a sense of realness to a medium that too often gets lost in button mashing and endless statistics. The bond between two teens ranks higher than any weapon buff. Another big plus: most conversations between Max and Chloe have zero to do with guys. Bechdel Test unlocked. 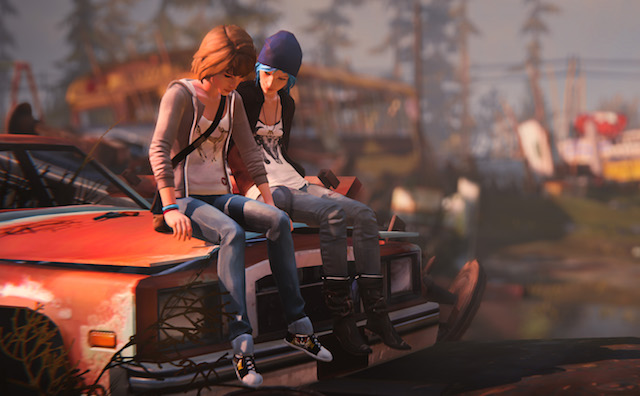 That sense of said realness can be broken easily though. I never understood why I couldn’t be more active at how Max replies to texts from Warren, for example. I get that I’m not Max but rather living through her, but darn it! I wish I could tell Warren to just chill.

And of course there are the dialogue options, some of the best since the Mass Effect trilogy. Even the most inconsequential comments can make a difference. Often a choice to act a certain way can be clear, but sometimes one’s own biases take over. For example, I let Max be mean to mean girl Victoria every chance I got. I realized this would probably blow up in my face, but frankly, I didn’t care… Queen B V had to go down. 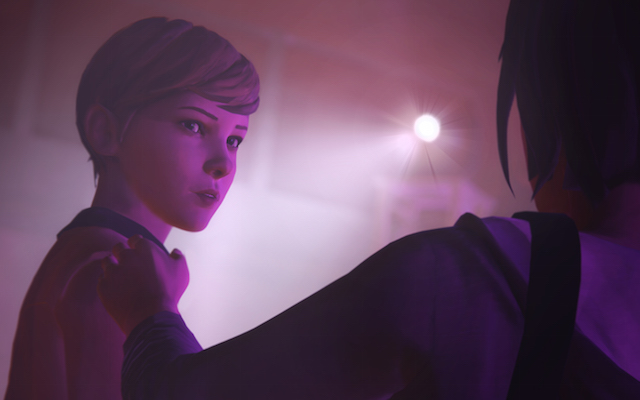 Post Gamergate, Life is Strange shows how an industry I love can make progress in terms of how we perceive gender and—most importantly—how a growing player base is embracing it. All by following a socially awkward teen that isn’t hung up on boys and lacks a bikini outfit option. 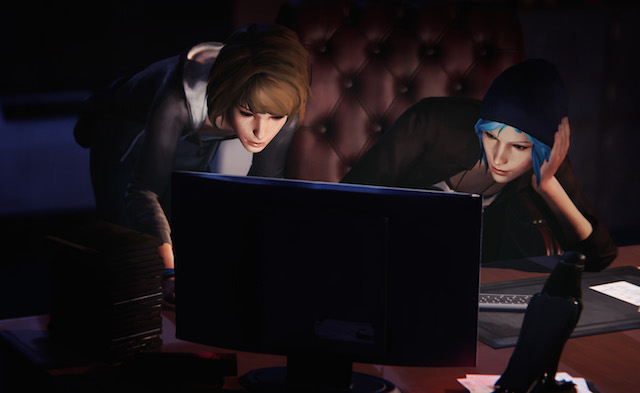 Overall, Life is Strange takes place in the present yet feels like a love letter to the last analog age: the 90s. Everything from the warm autumn color palate to the folk rock soundtrack feels unique, almost handmade, and personal. Here’s hoping the finale does not disappoint.

Are you playing Life is Strange? Let’s discuss it in the comments.