Paul Thomas Anderson just can’t quit Los Angeles County. Thankfully for us. From films like Boogie Nights and Inherent Vice, to Magnolia and Punch Drunk Love, Southern California has long been a source of inspiration to the director. Now he’s returning there for another period piece. With a coming-of-age story that combines young love and Hollywood. And the first trailer for Licorice Pizza shows why that isn’t always the best combo for teenagers to order.

If you had no idea this was a PTA film how many guesses would it take for you to know this was his movie just from watching the trailer? We’re going to confidently predict one. This screams Paul Thomas Anderson in the best way. It’s also a great first look at what we can expect from the film. In a story that looks touching, funny, and at times downright weird. Like we said: one guess.

The movie’s official logline doesn’t have nearly as much to say though. From MGM:

“Licorice Pizza is the story of Alana Kane and Gary Valentine growing up, running around and falling in love in the San Fernando Valley, 1973. Written and Directed by Paul Thomas Anderson, the film tracks the treacherous navigation of first love.” 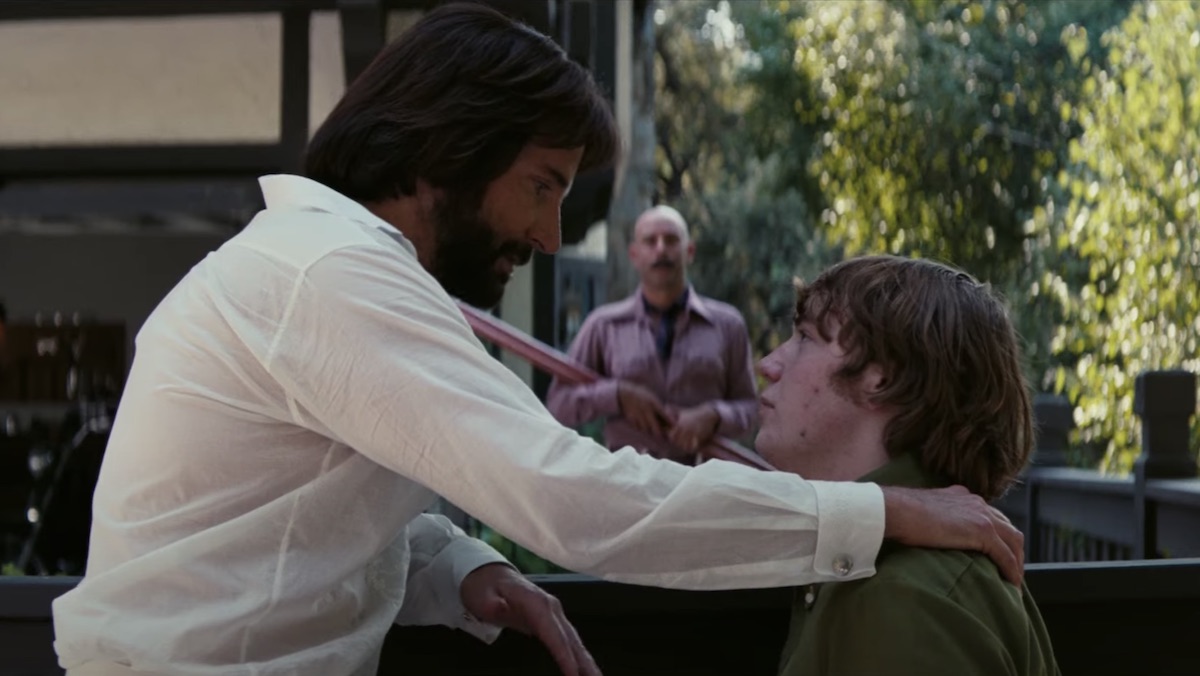 Previously titled Soggy Bottom, the movie gets its new title from a real chain of record stores. As The Film Stage wrote, Licorice Pizza was a popular series of stores located throughout Southern California in the ’70s.

The film will also feature Bradley Cooper as one of the most…let’s go with “infamous”… men in Hollywood history, Jon Peters. Even if you don’t recognize that name (enjoy the rabbit hole you’re about to go down), you might know him as the executive from the infamous Kevin Smith-Superman story.

No wonder Paul Thomas Anderson loves telling stories set in Los Angeles County. There’s so many great ones to tell.