I love made-for-TV movies. In the ’90s, a single event inspired a never-before-seen triple-bill based on the shocking crime. The American media and the public were captivated by the truly dark and f*cked up story of Joey Buttafuoco grooming teenager Amy Fisher, culminating in the eventual attempted murder of his wife. NBC was first to the punch with Lethal Lolita – Amy Fisher: My Story starring Noëlle Parker; a week later ABC and CBS competed on the same night with Drew Barrymore in The Amy Fisher Story and Alyssa Milano in Casualties of Love: The “Long Island Lolita” Story. In Triple Fisher: The Lethal Lolitas of Long Island, Dan Kapelovitz weaves the movies together in a delightful and grimy celebration of the exploitative B-movie nature of America’s obsession with true crime. 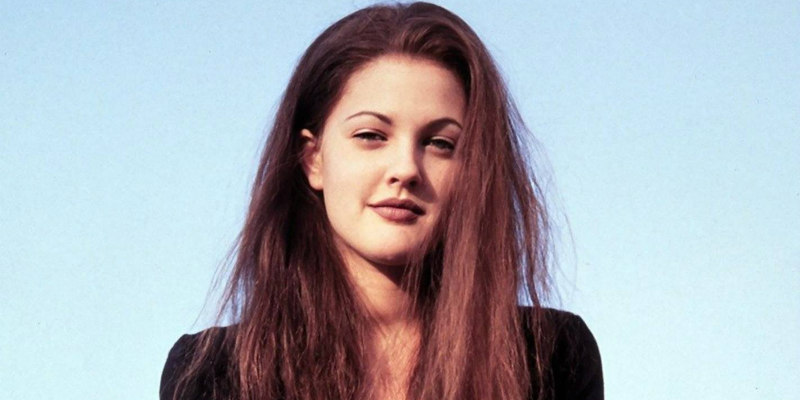 This isn’t the kind of movie you often get to review—though I personally would love to—so I was excited to dig into this strange experiment thanks to it screening at Fantastic Fest. And it did not disappoint. Kapelovitz makes something funny, entertaining, and surrealistically satirical, and on that most basic level it really succeeds. What I was surprised to find, though, was how when viewed in 2020, the film shines a light on the messed up misogyny at the core of the case. The American media threw a clearly troubled young woman under the bus while making a celebrity out of the middle-aged man who lied constantly and abused a young girl while cheating on his wife.

In case you aren’t aware of the all the sordid details, this film does a great job laying out the landscape that led to the attempted murder of Mary Jo Buttafuoco. After a chance meeting at a car garage, each version of Amy—played by Milano, Barrymore, and Parker—is groomed by Joey and begins a “relationship” with him. Important to note here is that she was 16 and he was in his late 30s. Despite the salacious nature of each of the movies, they do a pretty good job of making Joey seem as gross and terrible as he surely was. The tone of the films traverses straight made-for-TV style (Lethal Lolita – Amy Fisher: My Story) and softcore Skinemax (The Amy Fisher Story), but Kapelovitz does a great job mashing them into one experimental but accessible story. 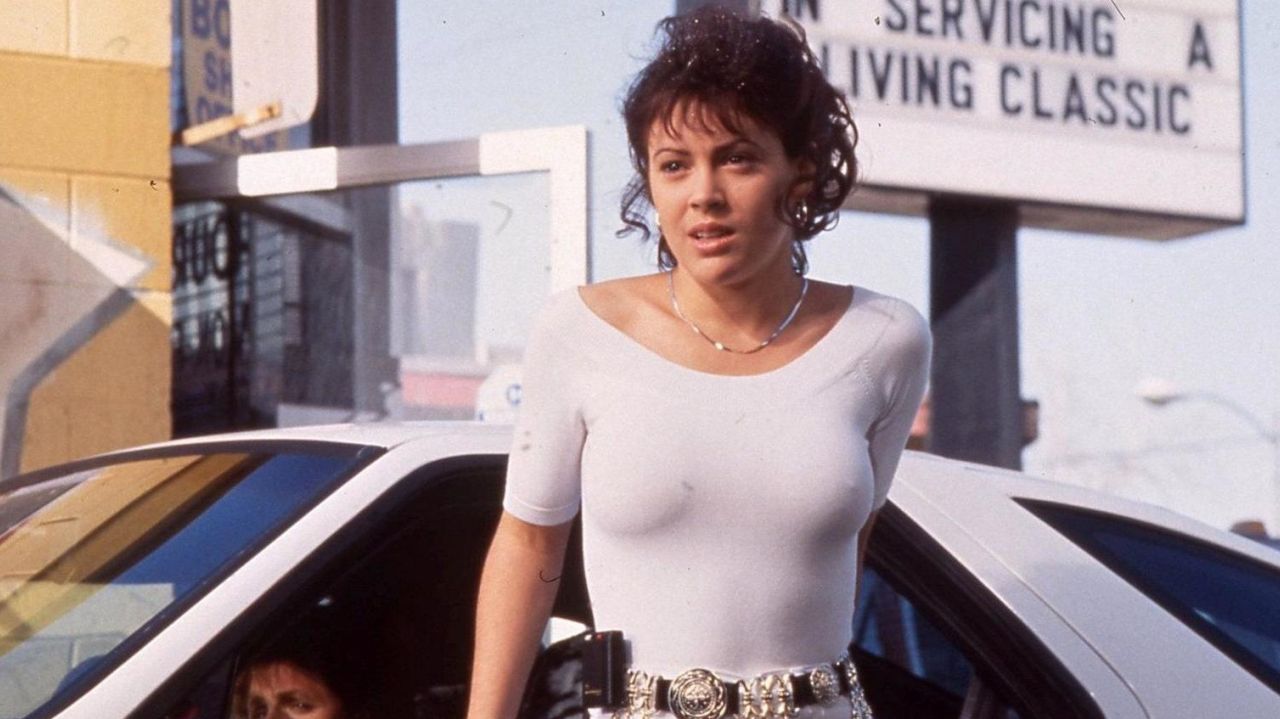 The Lethal Lolitas of Long Island shouldn’t work but it does. Aside from being a great—and short—watch coming in at just 78 minutes, it’s incredibly interesting to see the super specific shared story beats in each movie. Joey’s proficiency as a drummer features heavily, as does the fact he gave Amy a rare shirt from his car garage. It’s clear that each of the films was based on a single article or at least the same tabloid coverage. The simple nature of made-for-TV movies and their assumed audience of housewives means that many focus on women and their interior lives in ways that mainstream movies don’t. While the original content of the films has very little insight about Amy’s motivations or lives, something that still feels radical is simply that the story always focuses on her, for good and bad.

It’s this that still makes the ending still feel subversive. We’ve seen Amy have an affair with Joey, and we’ve seen him lie, cheat, and even force her into sex work. That is all presented as fact as we’re viewing the story through Amy’s eyes. So when we see her put in prison for her crime and smeared as an unstable liar, we get a glimpse at the grim truth behind the case. Amy committed a terrible crime but no one cared how she got there. The Lethal Lolitas of Long Island—and the movies it mashes up—disputes that. It shows us her version of events years before Buttafuoco ever admitted to the affair that put his wife’s life in danger. 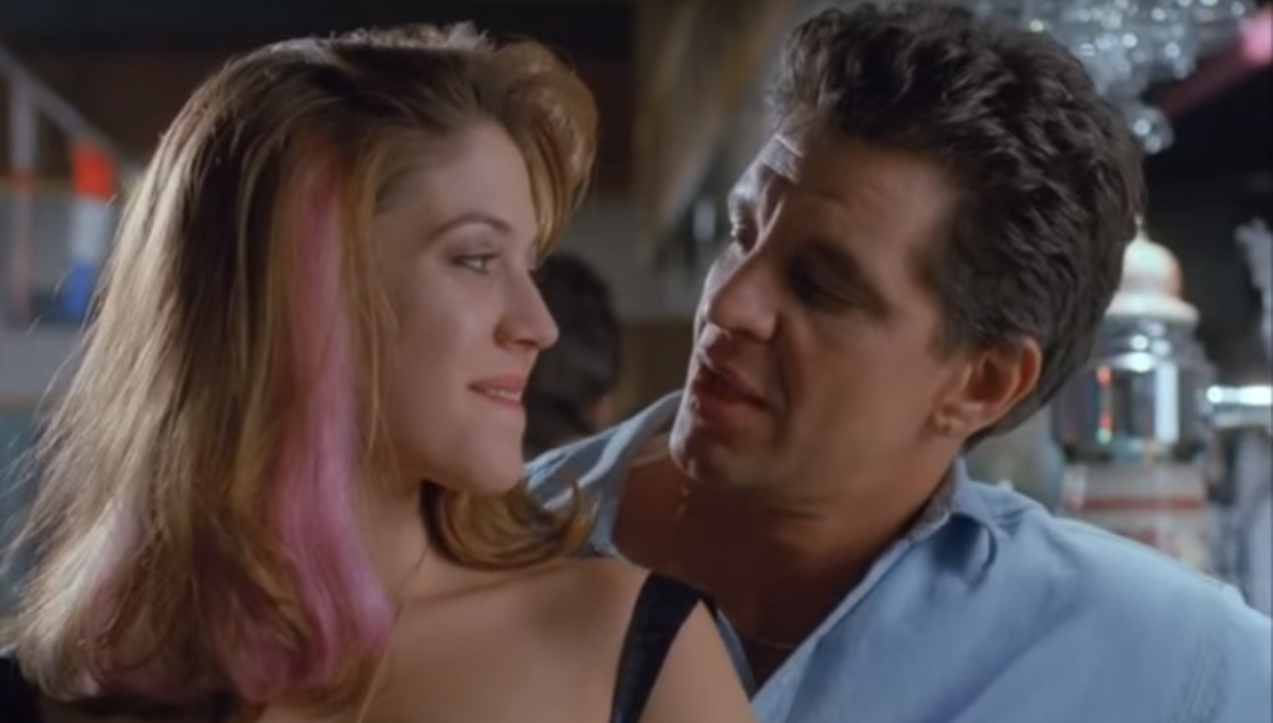 It’s incredibly fun to see all three performances back-to-back. Barrymore is easily my fave as a classic wild child stereotype; Parker is great in the most obviously made-for-TV performance; but Milano has her power too as she gets the largest arc going from sweet and innocent to crazed murderer. For fans of how ridiculous all of these ripped from the headlines films are, there’s plenty of laugh out loud moments, and that’s before we get to the humor Kapelovitz adds with his edits.

Ultimately, Triple Fisher: The Lethal Lolitas of Long Island surprised me. Behind the innate silliness and interesting experiment it features a profound and dark timeliness. It’s a story about abuse, crime, the boundaries of consent, and how the media often tells the story that sells the most papers rather than the one that’s closest to the truth.