You sit through your boring day job, go home to your everyday living space, and eat your bland dinner before passing out—and repeat. Until one day (with some ominous foretelling), life gets interrupted and you are now in another world: Trapped in a video game, whisked away to another dimension, or fell asleep and now there is an elf staring at you. You’ll figure out you have a special skill, and won’t question that everyone around you… somehow speaks your language.

Often called “Portal Fantasy” in literature, it’s a common trope that’s used in countless animes. But like the dreamers we are, what if we COULD load our brains into a game? What if we could wake up in a fantasy world? Well, here are three survival tips I’ve learned from watching.

Rule #1: Run from the first trust the second. (Re:Zero) 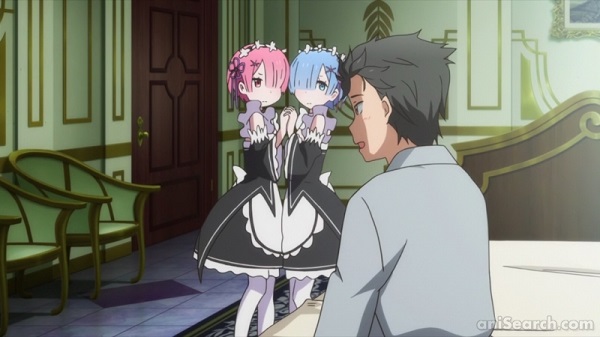 Why does it always seem to be the case that the first group of people you meet—will try to kill you? If it’s not trying to kill you, it might be a creature trying to eat you, or an evil boss trying to get you to work for them. The revelation hit home that this happens all the time in Re:Zero. Subaru finds himself in another world and his first real encounter is getting jumped by three thugs.

It’s the second person, Satella, the Half-Elf, that saves him. Sure, there is a whole plotline there that I won’t spoil about her real motives and nature… but long and short. “Satella” is on Team Subaru. Eventually leading to happiness, acceptance, and love on both sides. So, that settles it right? Just accept that your first encounter will always suck and ready yourself before it happens.

Because we never get stories about those who are just eaten first. The elf-girls come later.

Rule #2: The quest will always be to return home. (Escaflowne) 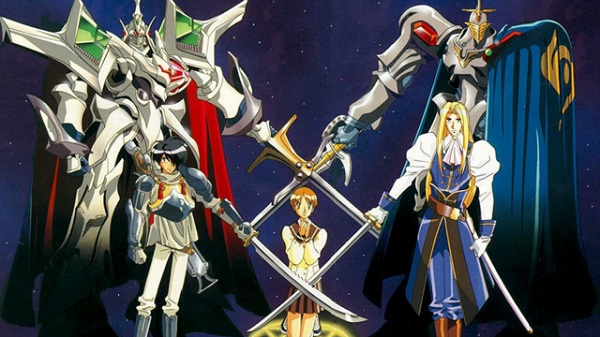 The world could be a virtual dream for us. Giant dragons fly overhead, while magical powers are real (and yours for the taking), and near every person you meet will be interesting. Yet despite how awesome the world is, your quest will always be to return home. Returning to the mundane life of reality is more appealing than piloting magitek dragons with cute boys.

The most infuriating example of this (to me) was Visions of Escaflowne. Hitomi crosses over into Van’s world and goes on fantastic adventures through Atlantis, Gaea, and abound. Only to find that hers and Van’s fates are intertwined, and the world depends on them. Even though she’s got a crush on a boy back in the real world, she finds a gallant knight in Gaea that looks just like him. Spoilers be damned (it’s been out forever), at the series end she abandons everyone and returns to earth to run high school track. Guess it goes to show that no matter how awesome the world… we are all stuck returning to reality. 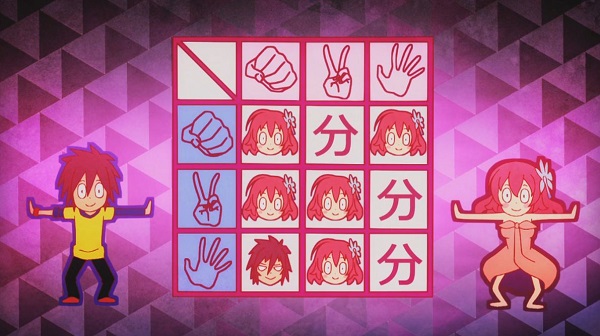 New world means new rules. Last thing you want to do is end up dead like some NPC or blandly drawn anime character. So it behooves you to quickly dye your hair a fantastic color and figure out the rules of this world. Rule #1 plays into this, as you can drill your second encounter for information. But rather than wait a few weeks to get the basics down, these should be the first things you do. Then try to find the loopholes.

No anime takes this further No Game No Life. Although, I’d wager that listening to the rules in Sword Art Online was vital. Still, Sora and Shiro in No Game No Life show us the power of bending the rules to your benefit. From figuring out that cheaters only lose if they are caught, the entire anime is about rule bending. All to conquer other nations and then become the Gods of Gaming. They make knowing the rules seem like the best survival tip and bending those rules are the best way to thrive.

These are only three rules, but there are countless more out there. Like “your great grandmother or other distant relative was once a well-known priestess/ruler/leader and you look just like them!” or “You are bound to get some rare/unique/magical item/ability,”.
So what rules and anime can you come up with? Leave a comment below or and toss out some anime tropes!