Netflix’s (not really) new show looks like its doing pretty well. The platform took a chance and brought Seinfeld to its streaming service. Don’t know much about it but heard there are tons of episodes and some people wearing ‘90s clothing. It seems to popular. In fact, it’s so popular that it is coming in a different form. Netflix’s new promo reveals a LEGO Seinfeld for everyone’s blocky viewing pleasure.

The Netflix Is A Joke YouTube page released the video and it’s as weird as you’d expect. Bryan Cranston, whom fans know as Dr. Tim Whatley from the series, narrates the action. He says this new show draws inspiration from the popular LEGO Seinfeld set. Then, we get a shot of Jerry’s infamous apartment in all its LEGO glory. Jerry stumbles through the door and gets rather confused. Why? Well, he has a regular human face yet a body made of big square blocks. He does not look awesome. 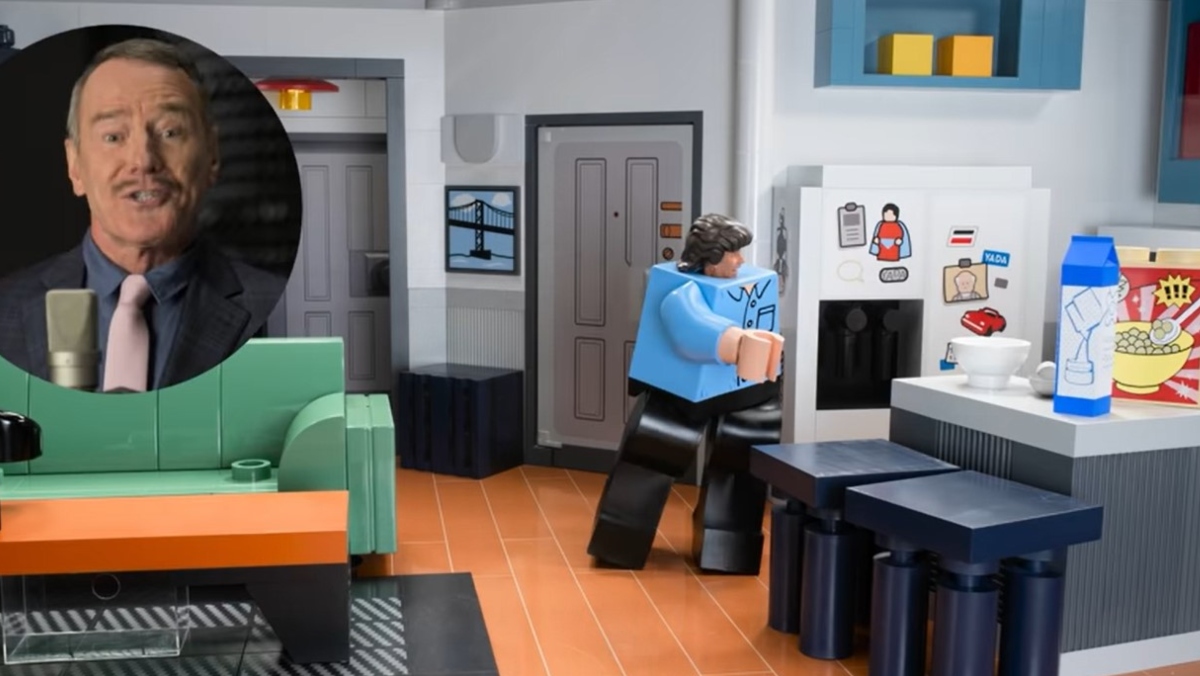 He’s supposed to be “as funny as his human counterpart” with C-shaped hands and stiff hair. But, he’s not up for many jokes. We see him complaining and eating cereal. He does not want to exist in this form, doesn’t know who he works for, and his phone doesn’t even work. Looks like LEGO Seinfeld reminds us a little too much of ourselves. Blocky Jerry also interacts directly with Cranston, whom we discover only wears a suit from the waist up.

He’s wearing his boxers in the recording booth, seemingly an ode to those who work remotely. Jerry walks away in confusion about being a toy and we aren’t sure he will ever get any resolution. Anyway, we’ve only gotten a taste of this LEGO version but it probably doesn’t have the same appeal as the other one.