Lord and Millers’ The Lego MovieÂ was an unexpected smash hit, a comedy goldmine, and a generally great family film. The inevitable sequel,Â The Lego Movie 2: The Second Part, is getting ever closer, and today Warner Bros. released a new trailer. The scenes give us more insight into the capers Emmet Brickowski , Lucy, a.k.a. Wyldstyle, and all their buds will be getting into this time around and it looks utterly hilarious.Watch:[brightcove video_id=”5969504379001″ brightcove_account_id=”3653334524001″ brightcove_player_id=”rJs2ZD8x”]One of the most exciting parts about the first trailer was that it looked to deal with one of the first movie’s biggest problems: that Wyldstyle should have obviously been the Master Builder instead of the sweet but useless Emmet. The whole set up for the sequel an alien race coming to the ruins of Bricksburg looking for their greatest hero–who of course is actually Lucy! Duh. After she’s taken prisoner by the futuristic villain, it’s up to Emmet to save her and the rest of his friends who were taken.This trailer gives us a closer look at the alien queen, voiced by the brilliant Tiffany Haddish, and it introduces the very meta-galactic hero Rex Dangervest. Chris Pratt voices Dangervest along with reprising his role as Emmet. The hero seems to be an amalgamation of all of Pratt’s post Parks and Rec characters, and we’re here for it. It’s a fun nod to the shift in Pratt’s career, and most importantly, it gives us raptors in space! 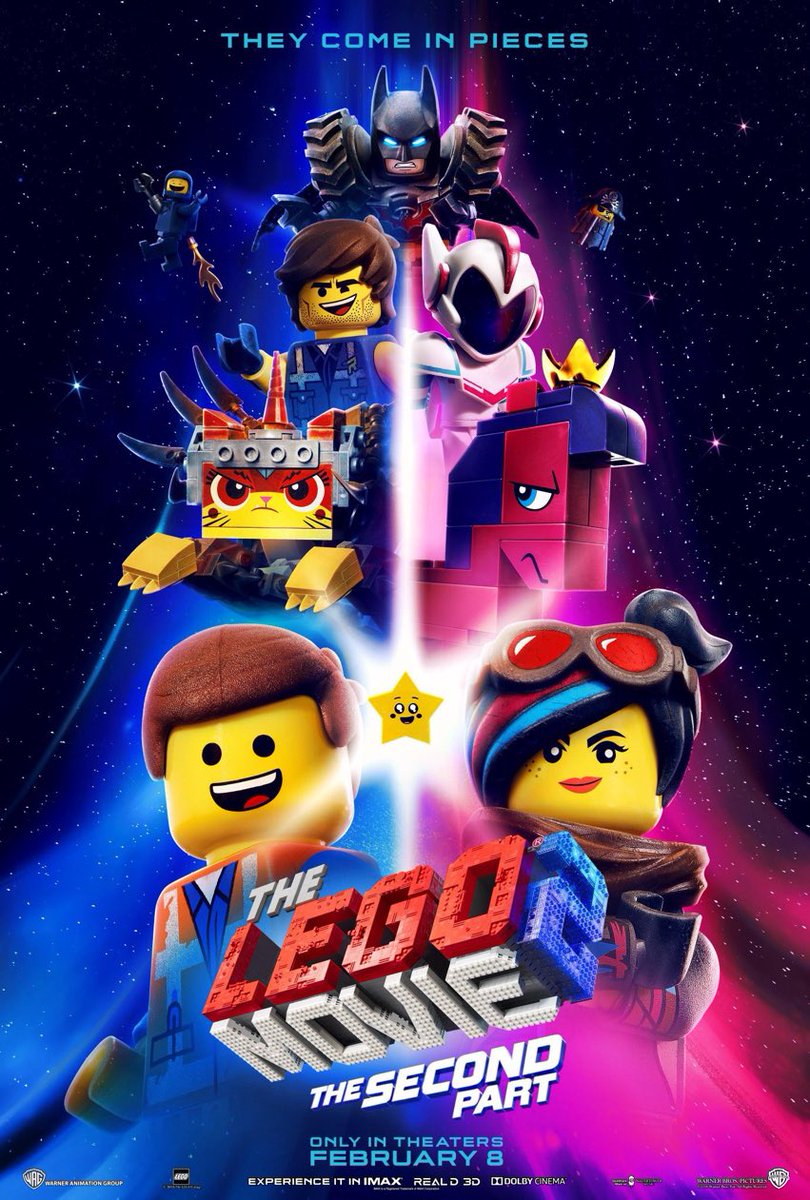 The Lego Movie 2: The Second Part arrives in cinemas on February 8, 2019. Excited to see more LEGO? Wish you were an intergalactic hero and raptor trainer? Let us know in the comments below!