A gigantic brick-built Thanos presides over LEGO‘s Comic-Con booth, but we certainly hope half the sets on display don’t disappear. (Though it’d be nice if the pieces we step on while barefoot would simply vaporize into dust sometimes.) LEGO has a lot of licensed products on the way and on display, but their own movie star Unikitty dominates the new offerings, both in The LEGO Movie 2 as a Battle Cat-like “Ultrakatty”… 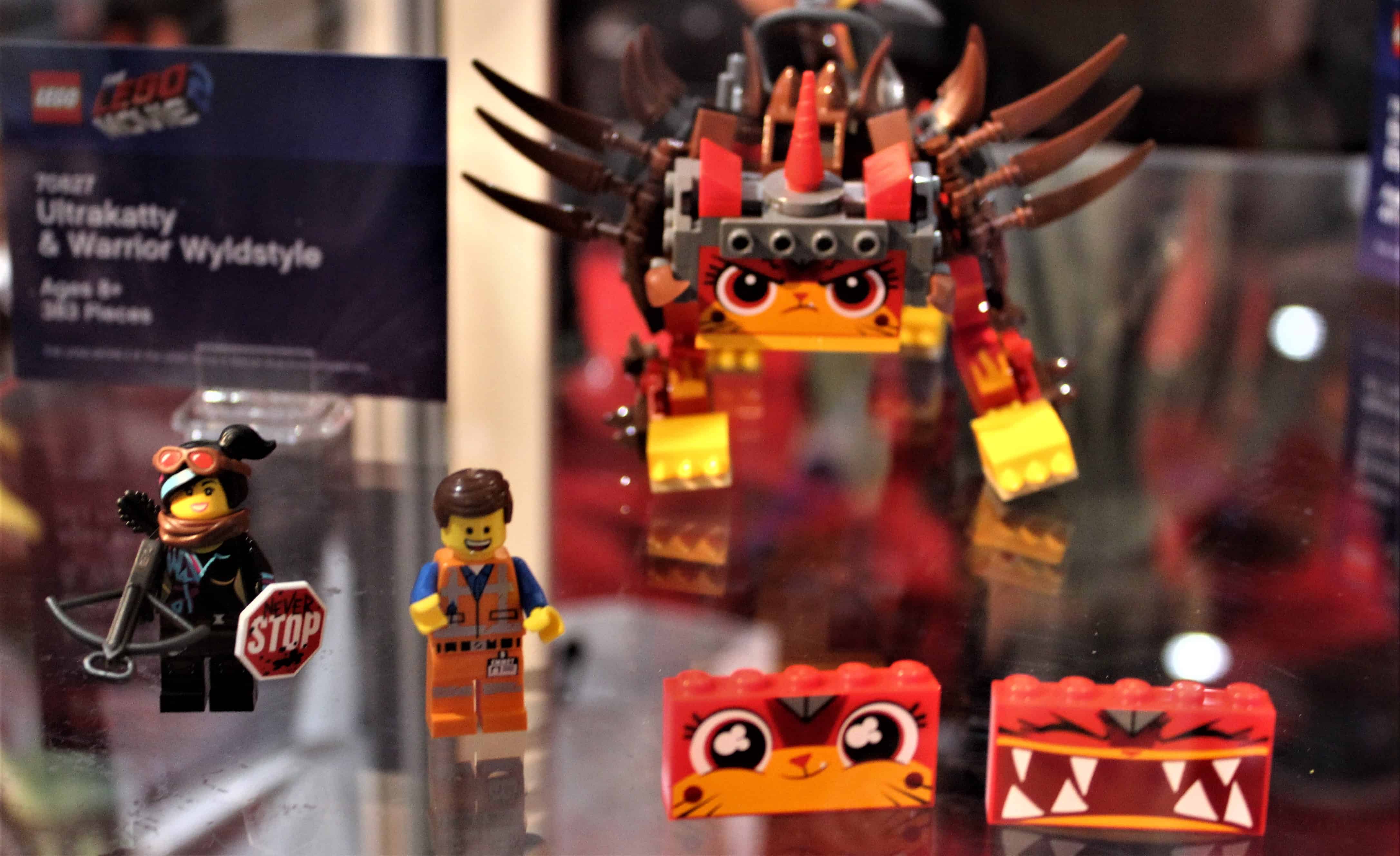 …and, for those who prefer the original pink and cute version, a sub-line based on her TV cartoon. 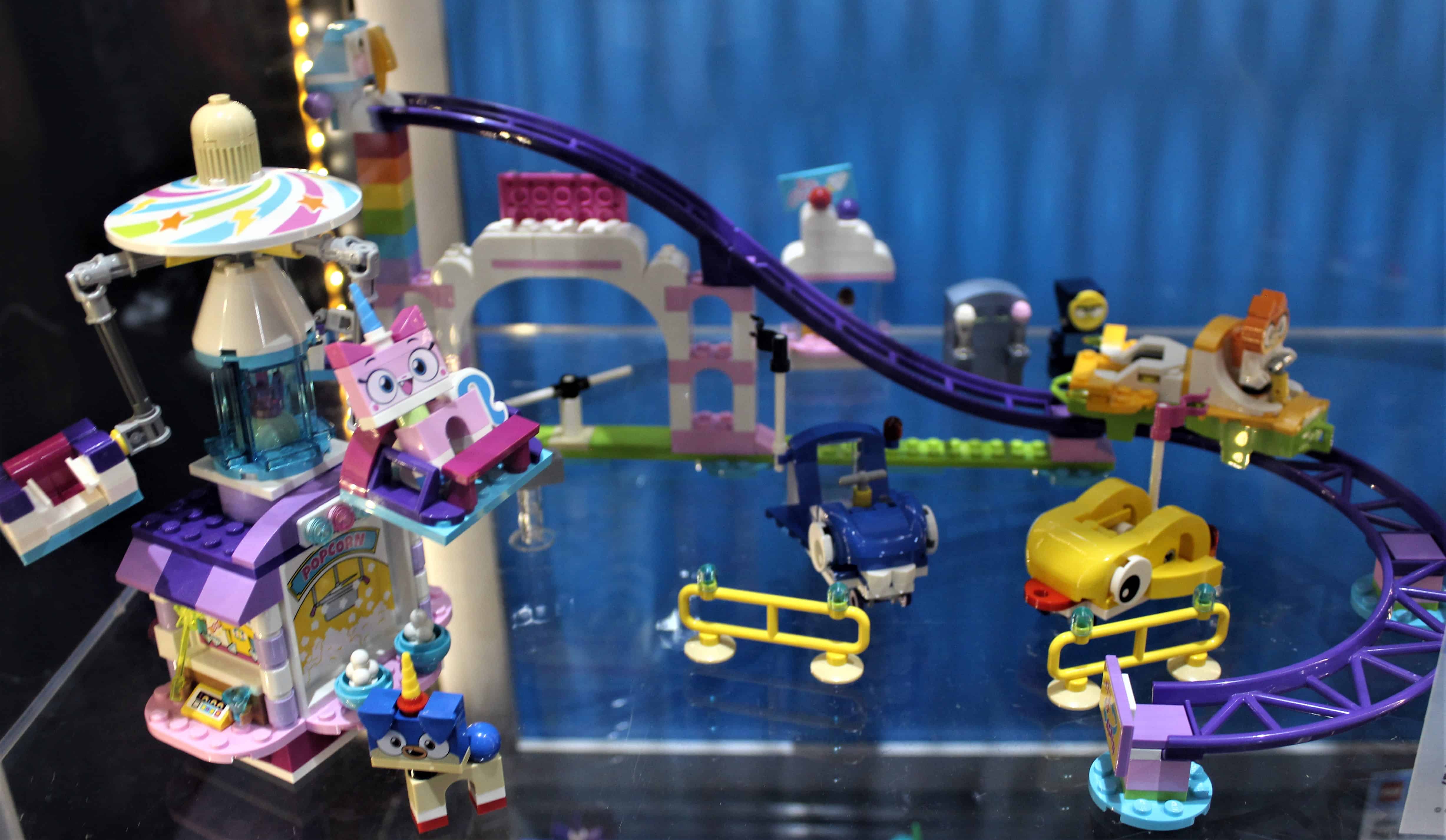 It’s safe to say there’s really a Unikitty for every mood. Even if that mood is “chocolate cake.” (And when isn’t that our mood, if you think about it?) 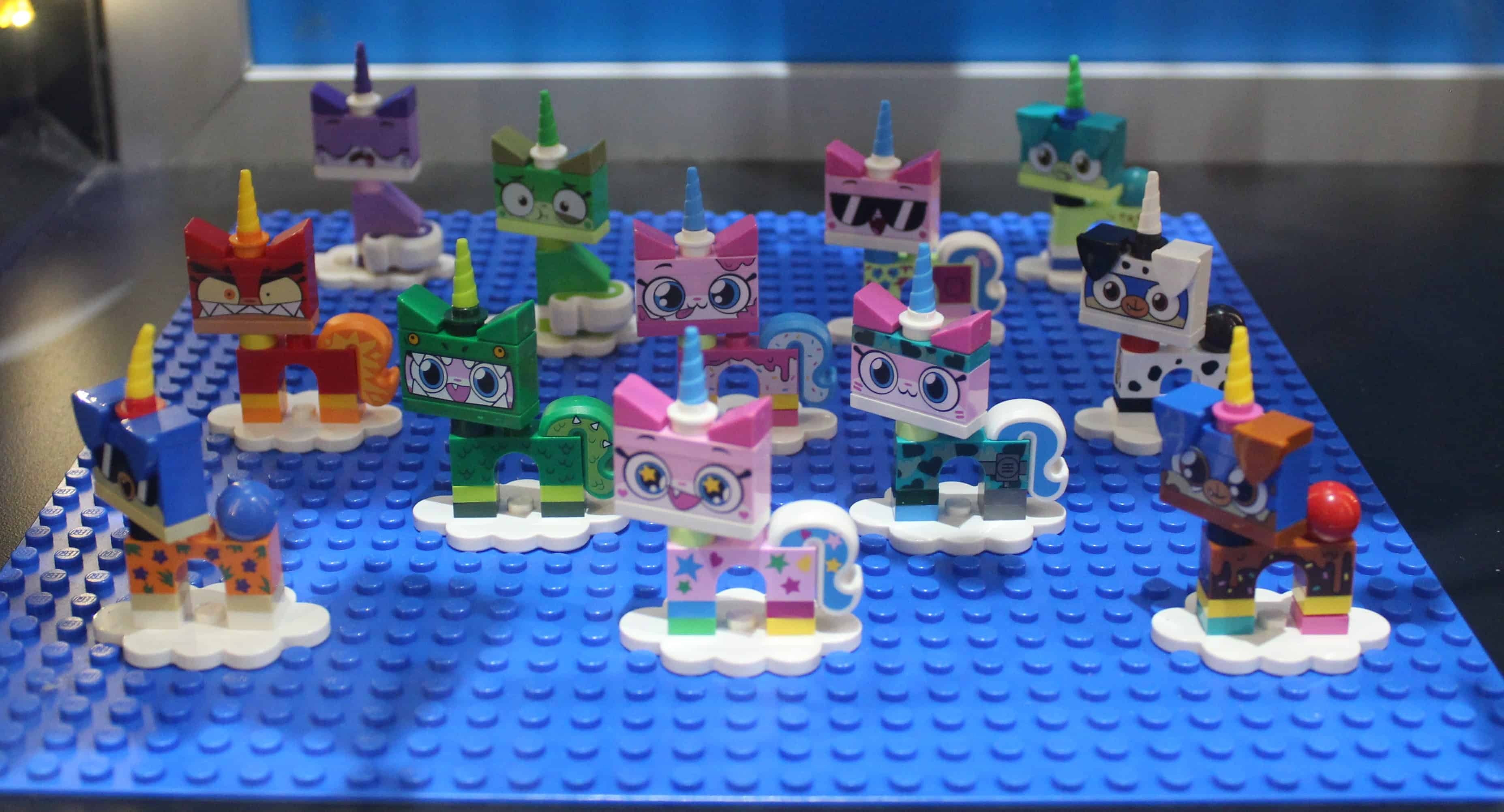 LEGO let the Harry Potter license go on hiatus for a bit, but with the new Fantastic Beasts movie tying directly into Hogwarts, they’re leaning back into the whole Wizarding World again. 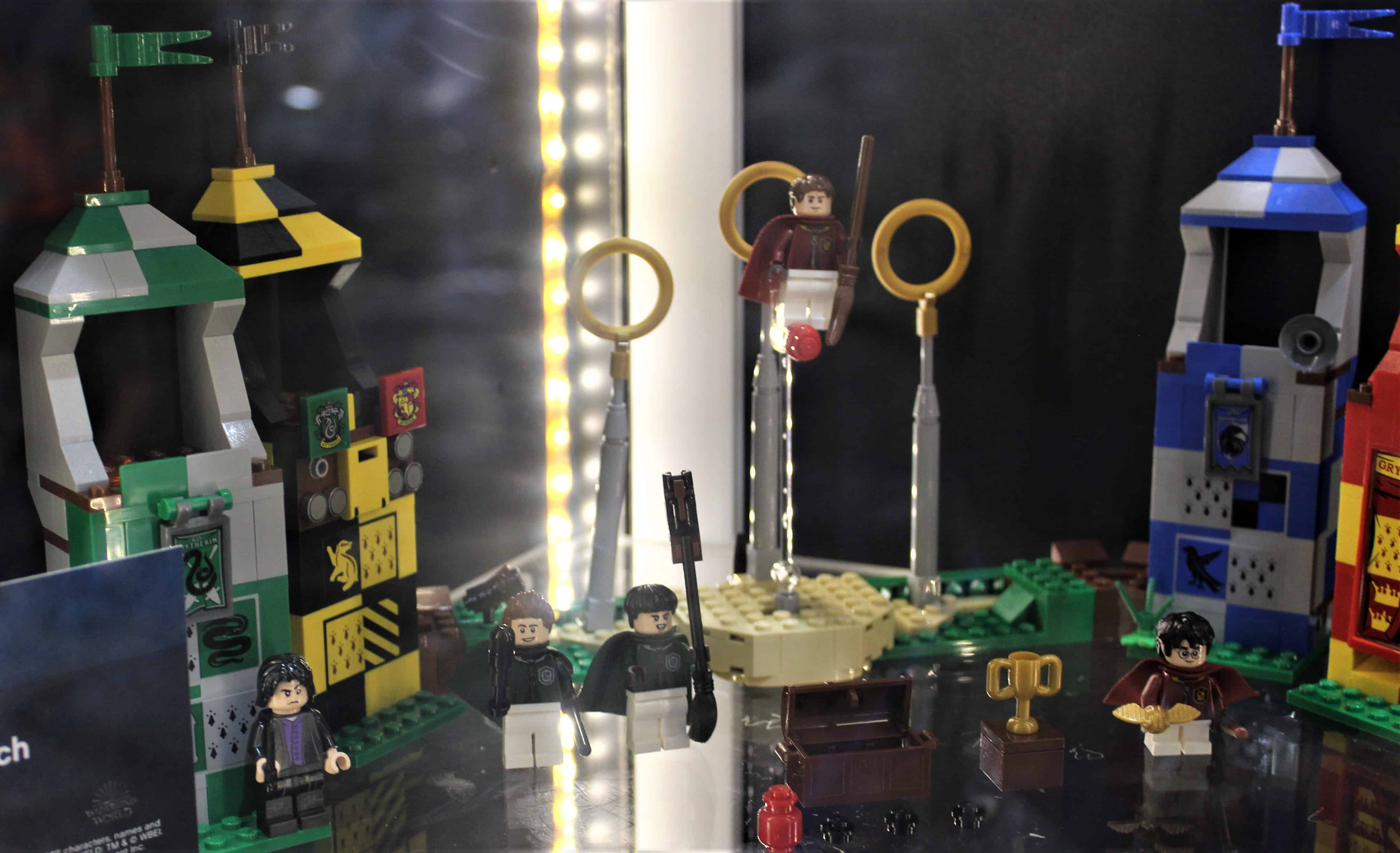 A new Hogwarts express and train platform is a highlight of this. 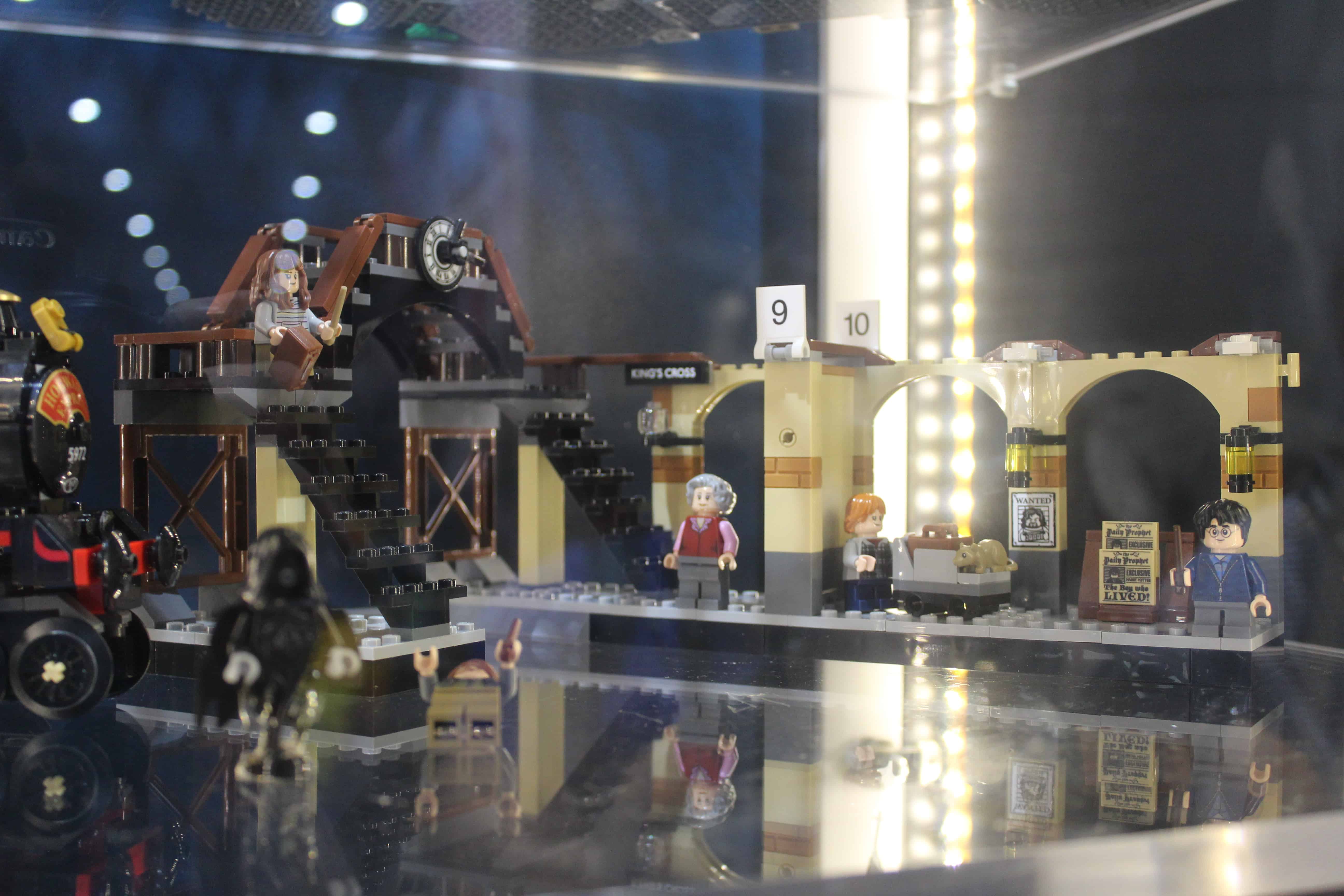 And Harry’s not the only one with a new train.

Yes, now you can execute Solo‘s big heist, on the tracks and in the air. 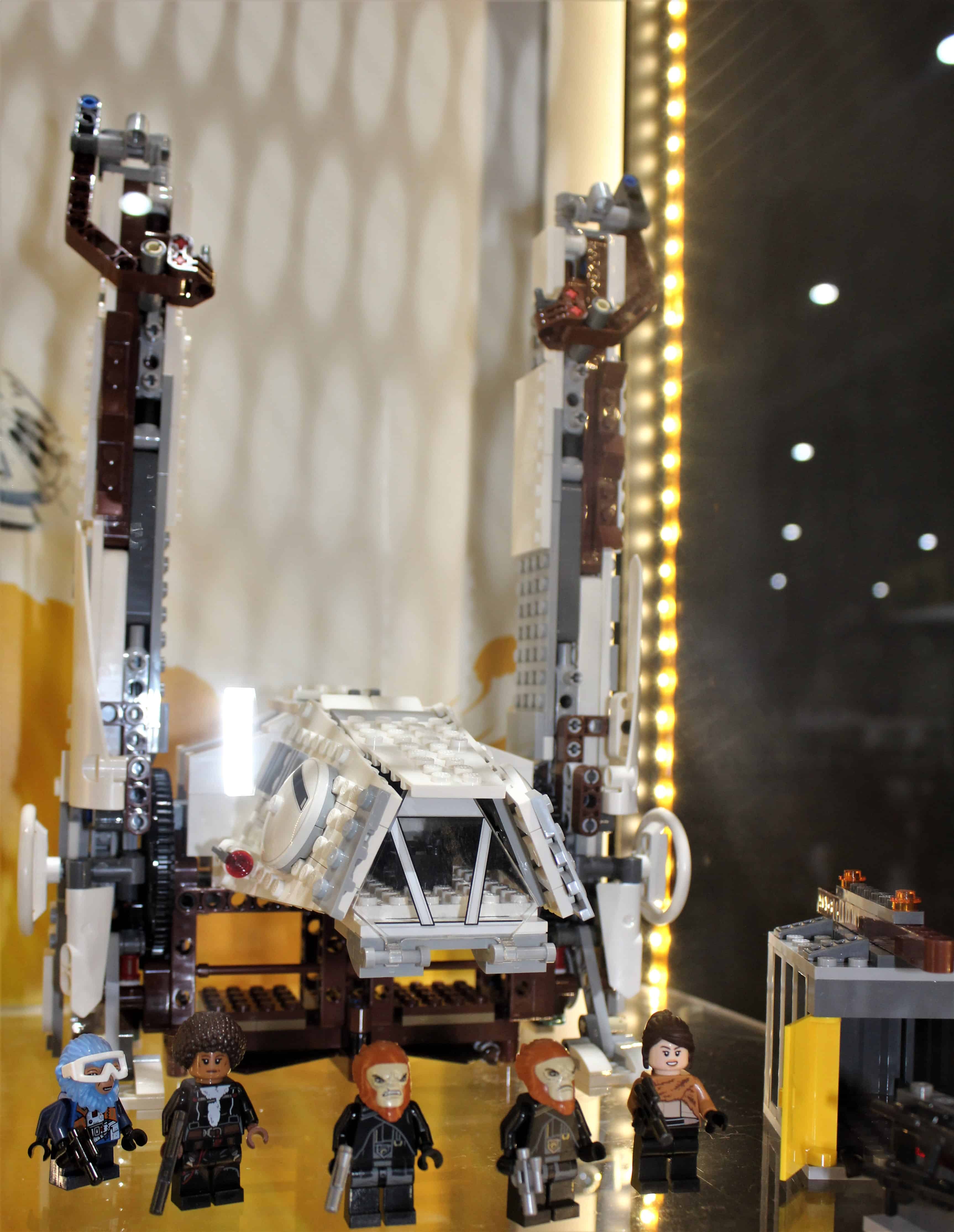 But for those of you who prefer Han’s kid, and his will-they-won’t-they dance with Rey, LEGO knows what you want, and you can say hello to Reylo… 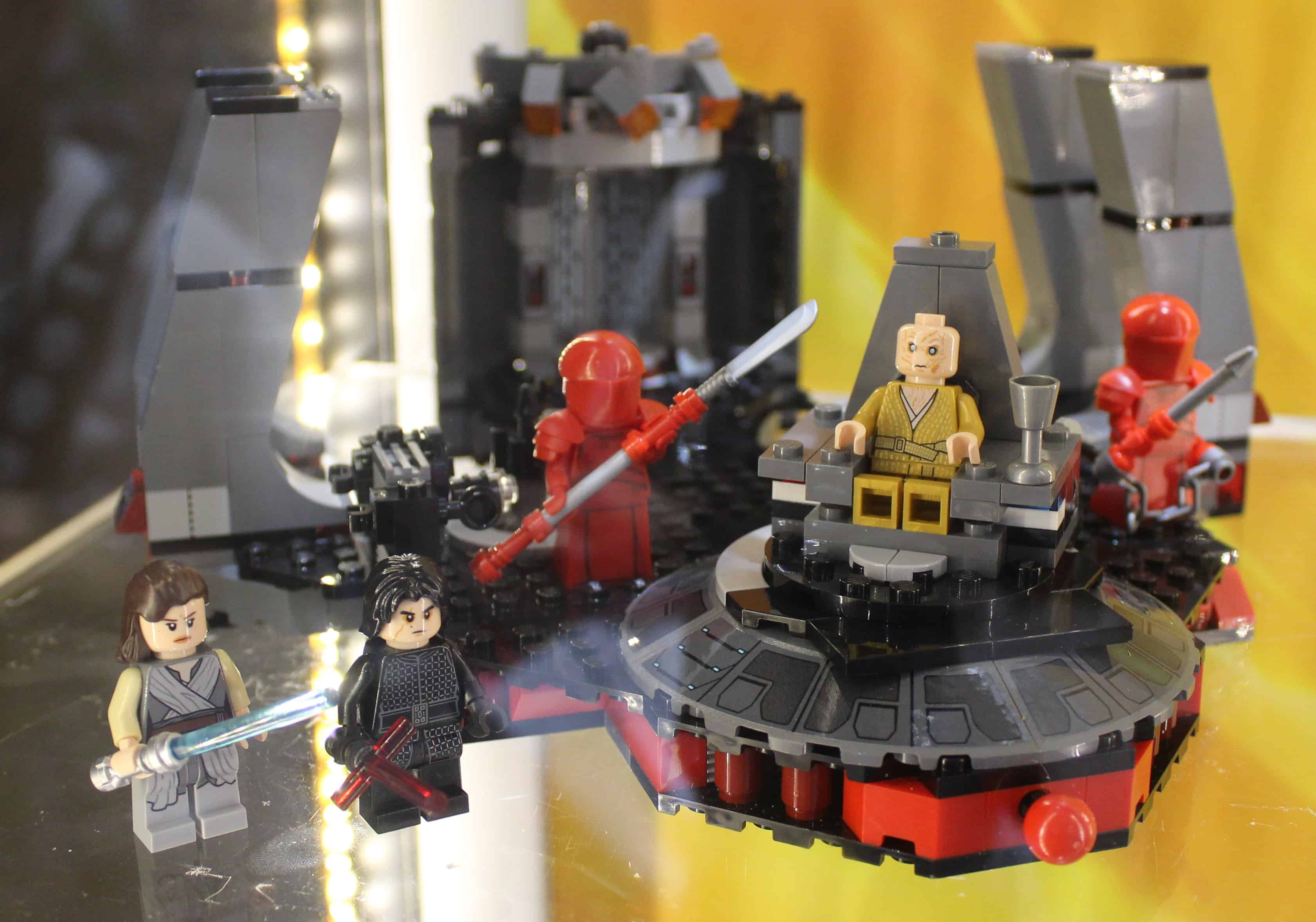 Of course, the talk of the con is Aquaman, and LEGO has a piece–several pieces, in fact–of him too.

If you like him less beardy, one of their con exclusive sets features a more classic look… 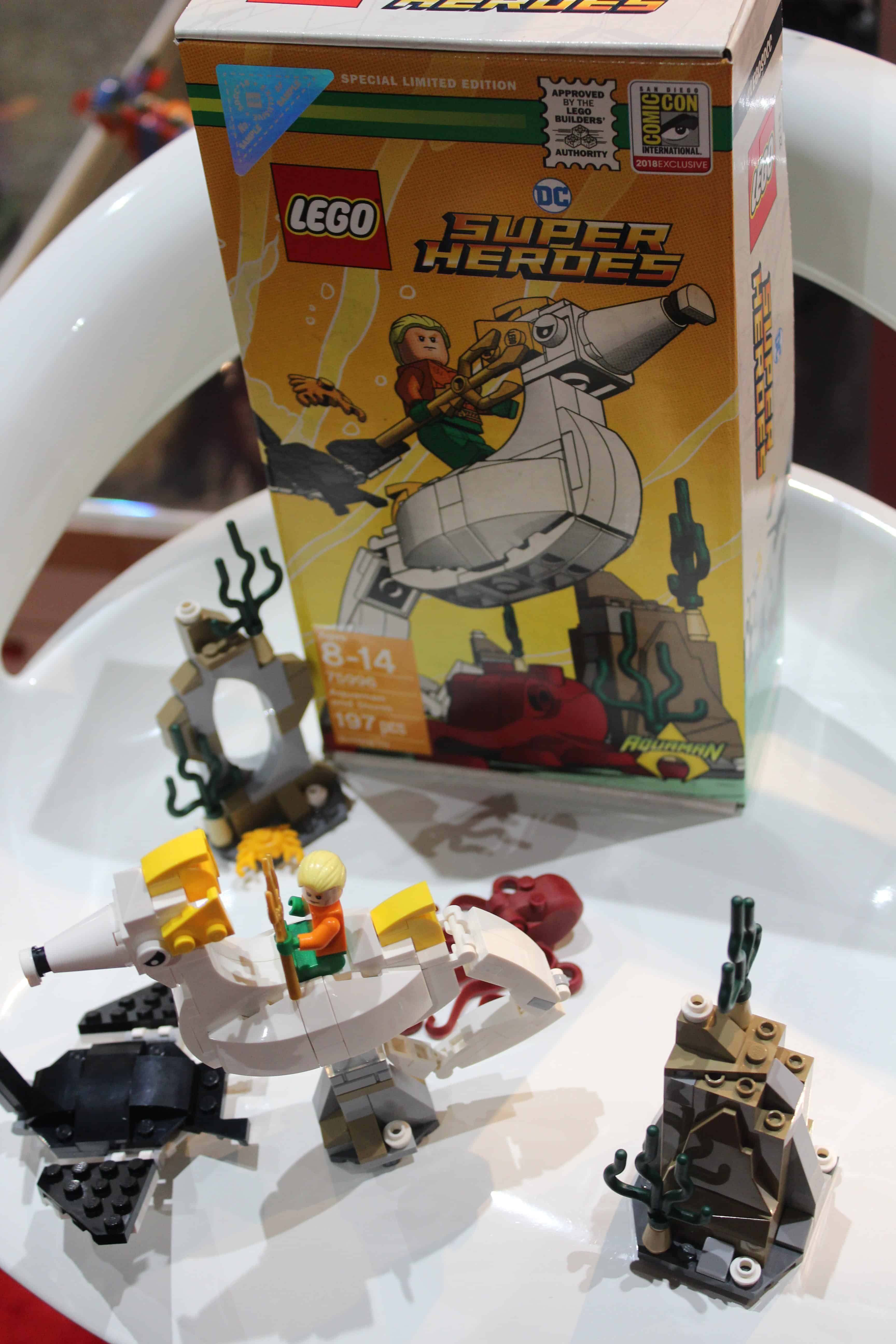 …while another offers Ant-Man and the Wasp… 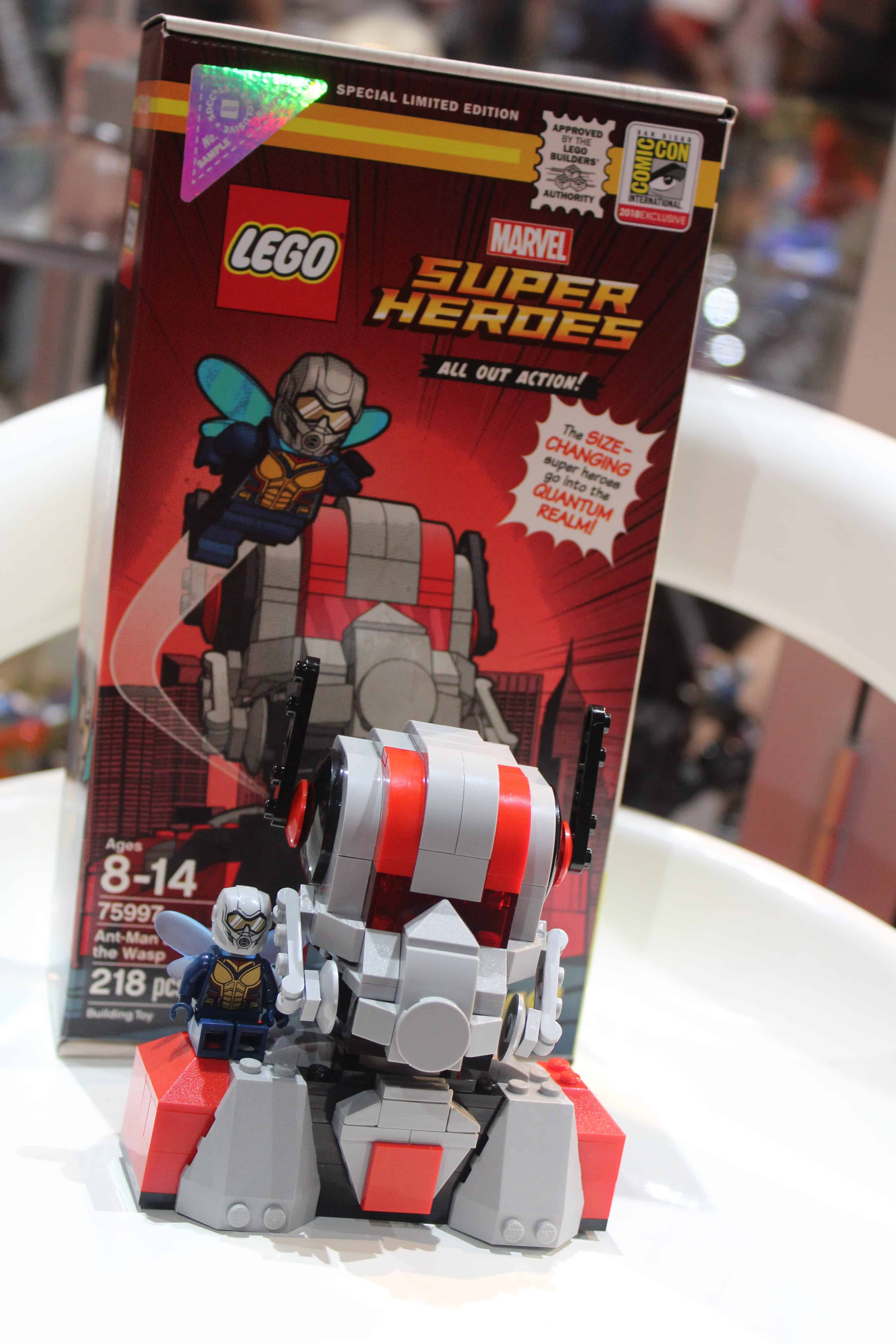 …and finally, a properly scaled Millennium Falcon cockpit for four. 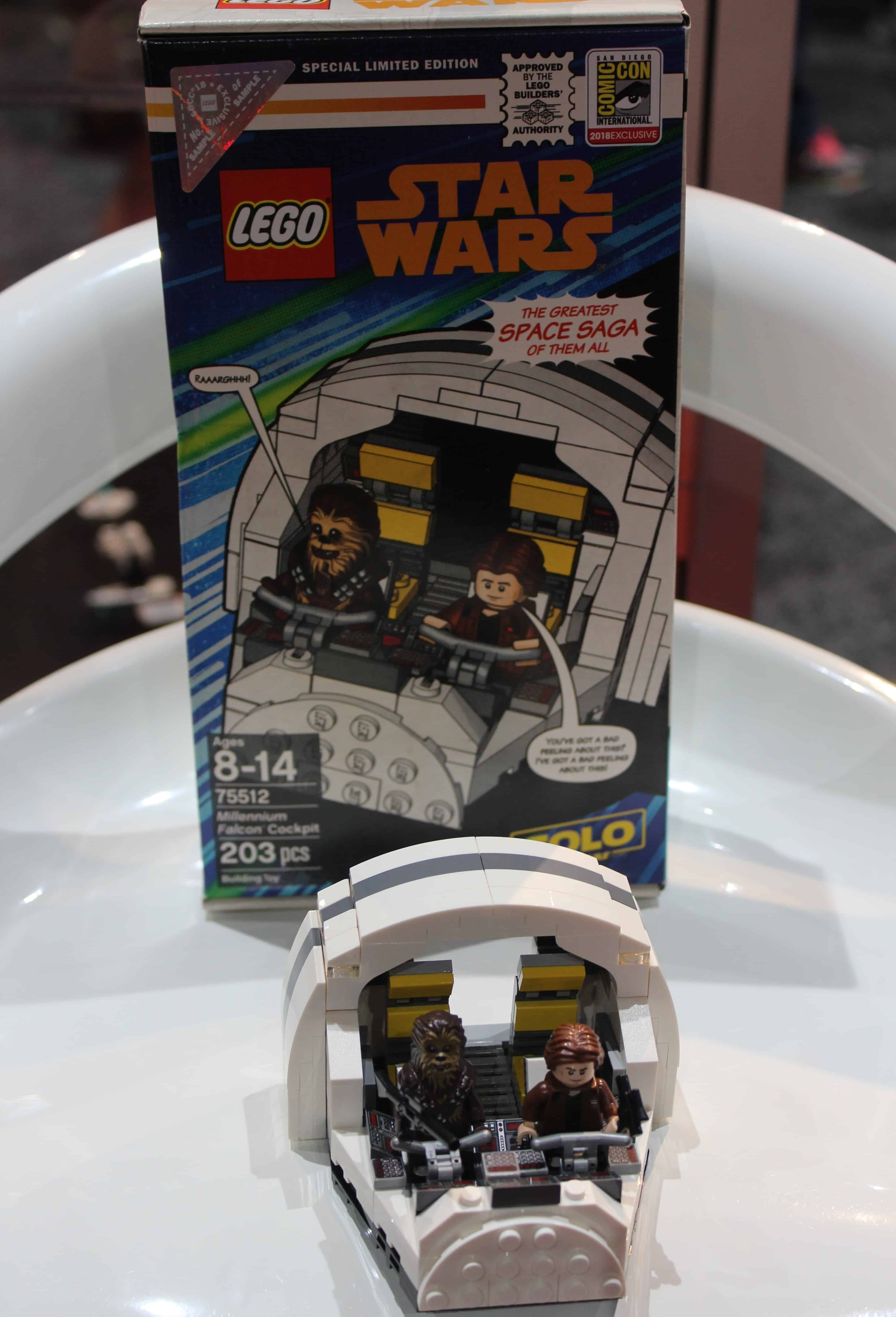 LEGO also handed out exclusive minifigs: while they don’t do full sets at retail based on Deadpool (too mature-themed overall) or CW superhero shows (not quite as toyetic as the DC movies), conventions offer a chance to go a bit further afield. Plus, of course, Unikitty again, just because. 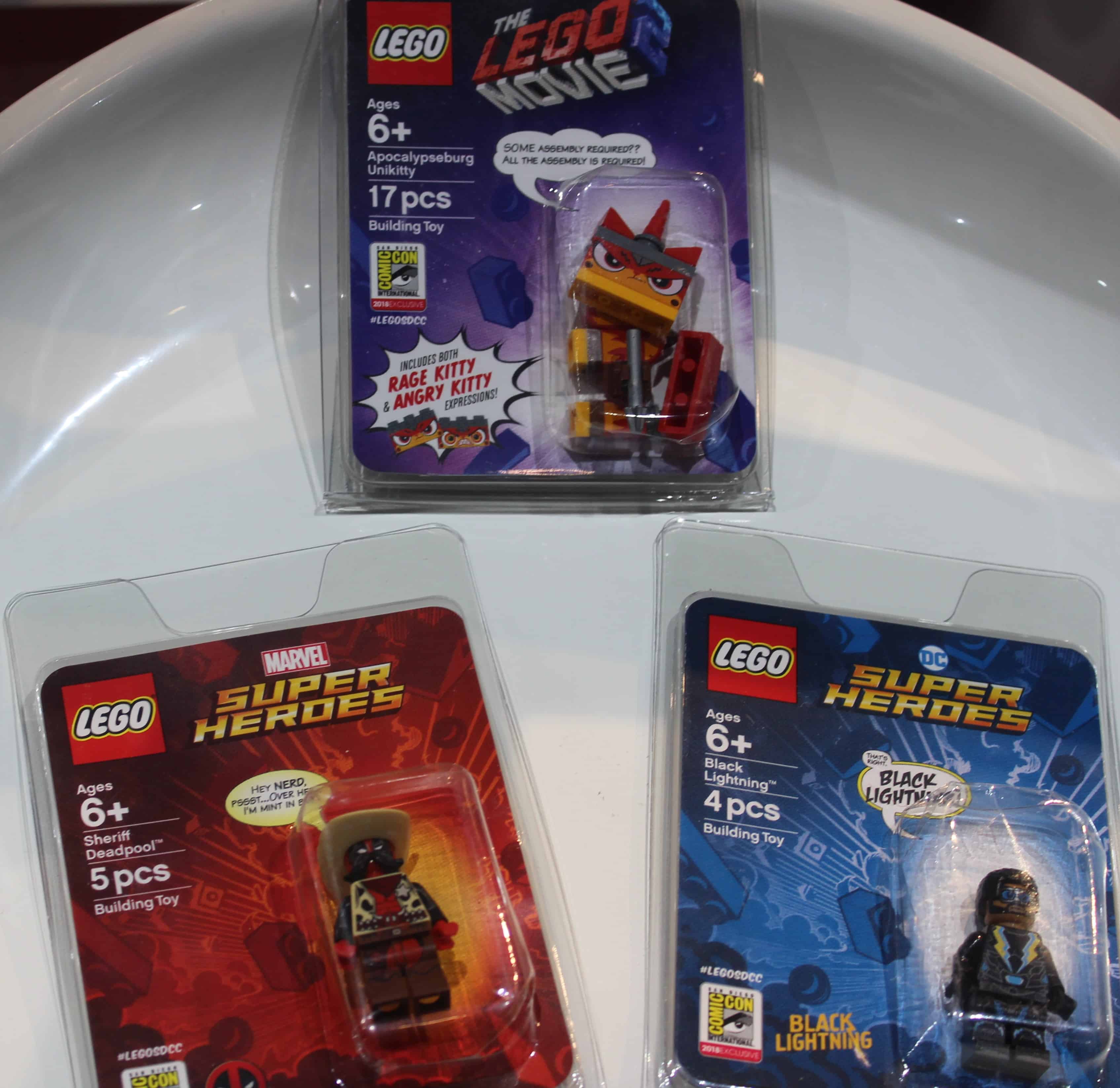 Which new LEGO sets strike your fancy? Which Unikitty is the most “you”? Let us know in comments.