If you were a ’90s kid, chances are you were obsessed with the Nickelodeon competition program Legends of the Hidden Temple. Hosted by Kirk Fogg, the program had six teams of two kids (one boy, one girl) competing to retrieve historical artifacts from an ancient temple. Tasks involved physical stunts and trivia, testing the knowledge and prowess of the team members—who were categorized into colors, with fun animal names like “Purple Parrots” and “Blue Barracudas.” The whole game was watched over by a large stone face with glowing red eyes named Olmec (voiced by Dee Bradley Baker).

Basically, it was a lot of wild fun, and an iconic part of ’90s kids television. And now, thanks to The CW, it’s coming back. 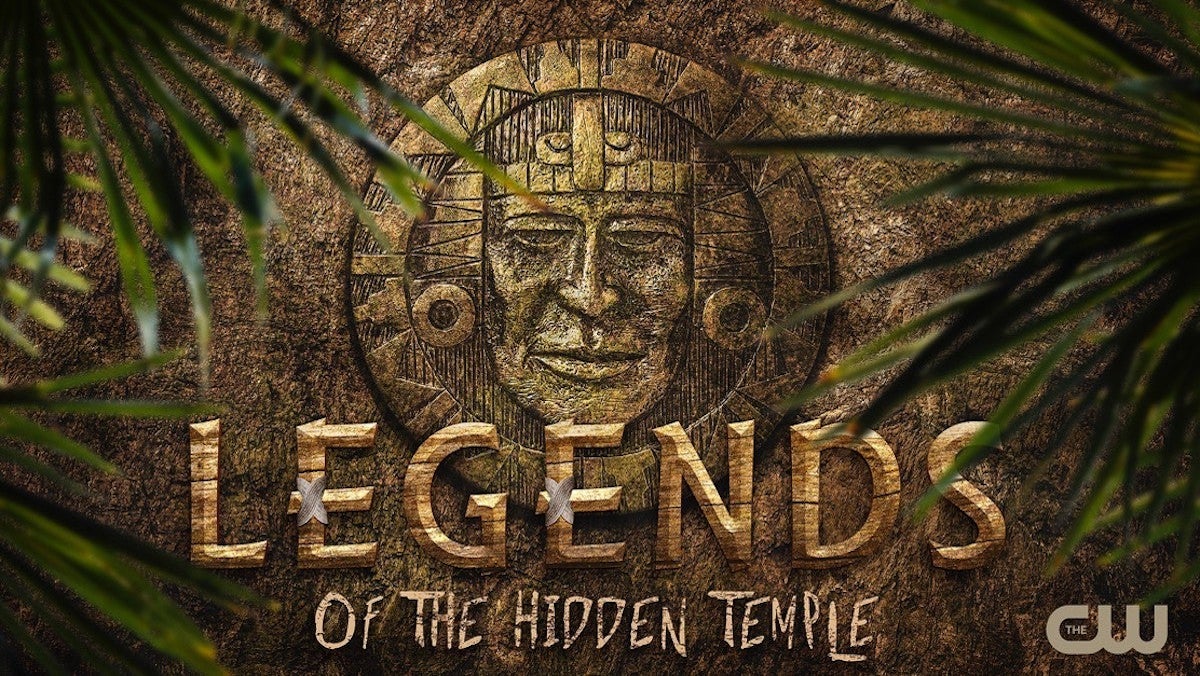 In May, Deadline reported that the reboot will come to the CW as part of their effort to big-up more non-scripted original programming. They’ve already developed American versions of British panels shows Would I Lie to You? and Killer Camp. And indeed, they resurfaced the American version of the British improv comedy pioneer, Whose Line Is It Anyway?

Deadline released a synopsis of the reboot:

This supersized, adult version of LEGENDS OF THE HIDDEN TEMPLE is taken out of the studio into a “jungle” and scaled up with tougher challenges and much bigger prizes on the line. It preserves the original Nickelodeon series’ favorite elements including: “Olmec” (the giant talking Mayan head), the“Moat Crossings,” “The Steps of Knowledge,” the “Temple Run,” and of course, the iconic team names: “Purple Parrots,” “Blue Barracudas,” “Orange Iguanas,” “Red Jaguars,” “Silver Snakes” and “Green Monkeys.”

Every episode is a hero’s journey through a mysterious jungle. Five teams begin the journey, but only one is “strong enough and smart enough” to enter the ominous Olmec’s Temple, avoid the “dreaded” Temple Guards, retrieve a lost treasure, and return it to its rightful owner. Based on the original game show created by David G. Stanley, Scott A. Stone and Stephen R. Brown, LEGENDS OF THE HIDDEN TEMPLE is produced by Stone & Company Entertainment and Nickelodeon. The series is executive produced by Scott A. Stone and Marcus Fox (“Paradise Run”).

In July, Deadline reported that Cristela Alonzo would host the new iteration. Actor and comedian Alonzo has starred on the sitcom Cristela and HBO’s His Dark Materials, and has lent her voice to films like Cars 3 and The Angry Birds Movie. Actor Dee Bradley Baker will reprise his role as the voice of Olmec, too.

The original run of Legends of the Hidden Temple aired from 1993 to 1995, so the new competitors will be Millennials who watched the show as kids. That’s a pretty interesting twist, and one that has us interested enough to tune in.

This isn’t the first time Legends of the Hidden Temple got a reboot. Back in 2016, Nickelodeon aired a TV film based on the series. It starred Kirk Fogg as a fictionalized version of himself, and brought back Dee Bradley Baker as the voice of Olmec (with Michael Benyaer as Olmec’s human form). It also featured elements from the show, like the Steps of Knowledge, and featured cameos from animals who lend their names to the competition teams.

TAGGED: legends of the hidden temple