It’s been 17 years since The Legend of Zelda: Majora’s Mask hit the Nintendo 64, and it still holds up as not only one of the best Zelda games, but also one of the best games, period. The title object itself caused quite a few problems within the game, but Majora’s Mask is a gaming icon, and now a life-sized recreation of it can be yours!

First 4 Figures is taking preorders for its he Legend of Zelda: Majora’s Mask Life Size Replica, which is 25 inches high and 23 inches wide, with a depth of 13 inches. Make no mistake, this is not a toy and we can’t promise that it will bestow dark and evil powers upon its new owners. That said, it does come with LED lights in the eyes that create a very haunting effect that remains true to the game’s visuals. 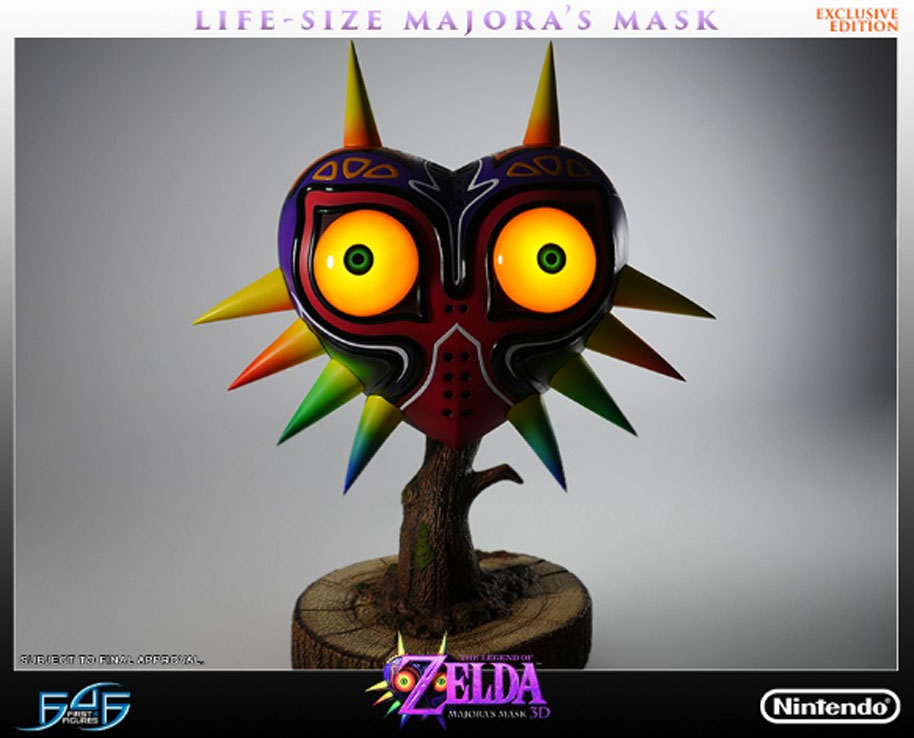 Within the game, Majora’s Mask was stolen and worn by the Skull Kid, who unwittingly became a slave of the mask itself. After that, he nearly destroyed the land of Termina by bringing that freaky looking moon crashing down to the surface. Not cool, Skull Kid! We expect everyone who buys one of these masks to cause only minor mischief on the off chance that they also become possessed. You can see additional photos of the mask replica in our gallery below.

If there’s a downside to this collectible, it’s the price. At $384.99, it’s not exactly cheap. But First 4 Figures is offering some payment plans to spread out the pain over a few months. If you’re a dedicated Zelda fan with money to spare, then you can welcome Majora’s Mask into your home. Apparently, this is only the first item in First 4 Figures’ new life-sized Legend of Zelda line. Now, we can’t wait to see what they come out with next!

What do you think about this life-sized recreation of Majora’s Mask? Use the Triforce and leave a comment below!