John Oliver Actually Got a Car Dealership to Make His Commercial

When  Last Week Tonight makes an offer, accept it. No matter the circumstances. Even when that means not knowing what you’re actually agreeing to. It’s not only an easy way to get national exposure for your company or yourself, it always leads to comedy gold. Like how one local car dealership took up John Oliver’s offer to film a free, one-of-a-kind commercial. So long as it agreed to shoot the ad as written, sight unseen. And the results show why you never pass up a chance to be on the HBO show.

Previously on  Last Week Tonight, John Oliver decried the repetitiveness of local car commercials. Those copycats meant far too many local businessmen dressed as pickles worried about having a major cardiac event. While the sameness of those ads made for a great segment, the reused script didn’t make for a lot of variety in local advertisements. So Oliver and his staff wrote their very own car commercial. And they promised to give it to one—and only one—dealership to use. The free script came with two stipulations, though. It had to be shot as is, even though the dealership couldn’t read it beforehand.

Multiple businesses agreed to those wonderfully ridiculous terms. Ultimately, the HBO comedy news show agreed to give it to Zumbrota Ford in Minnesota. And hoo boy did that dealership live up to its end of the bargain. It delivered the local advertising answer to Marriage Story. With a tense tale of love, relationships architectural issues, minivans, and… well, we don’t want to spoil the last part. Make sure to watch the entire segment to see the absolutely perfect way it ends. (And those of you in Minnesota keep an eye out for the ad which is really running this week.) 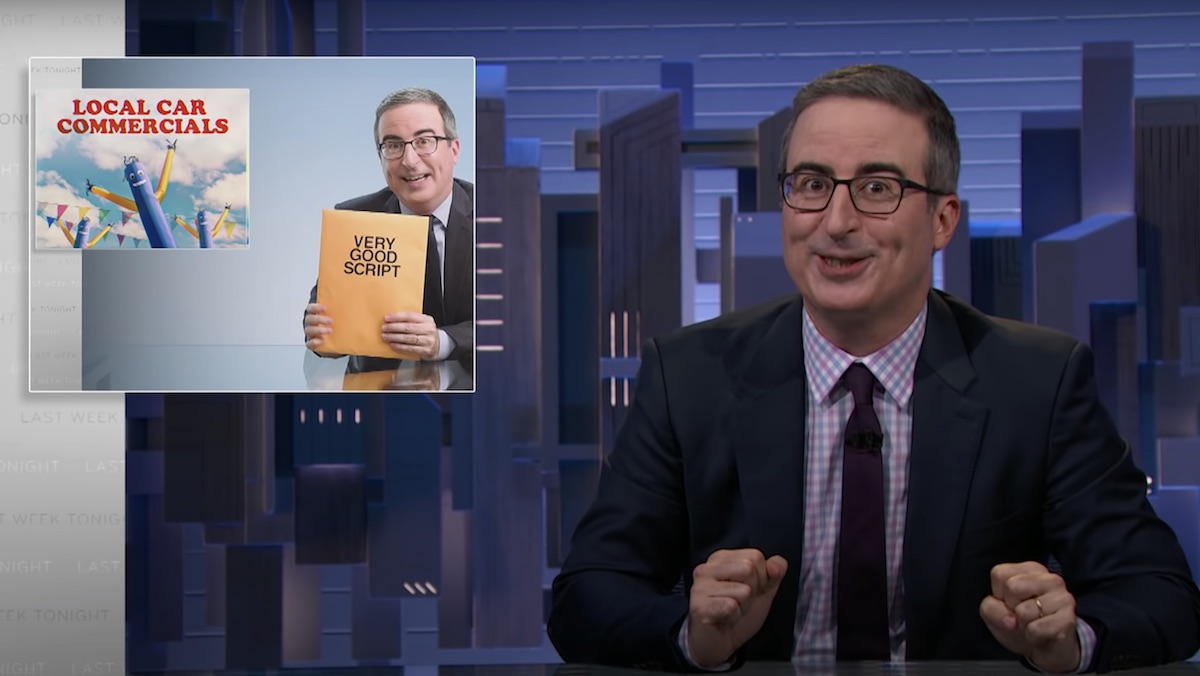 If Last Week Tonight ever makes you an offer, no matter how absurd the parameters, take the show up on it. Not only will it be good exposure for you, it will be a whole lot of fun for everyone.