Jaws is one of the best films ever, but no one could have predicted that while it was being made. The disastrous, months-long delayed production is legendary. And the main villain was the same behind the camera as the one on screen—the shark. Affectionately known as Bruce, it constantly failed to work. Ultimately, it was a (painful) blessing in disguise, as seeing less of the man-eating beast only made the movie more terrifying. But soon you’ll be able to see more of it than ever before. That mechanical behemoth has found a new home. The last remaining model has taken up residence at the Academy Museum of Motion Pictures.

The much-delayed Academy Museum of Motion Pictures recently installed a giant new exhibit (which we first heard about at Collider). They put in the last surviving, full-scale model of Jaws‘s mechanical star. It was the fourth and final version made from the original mold used on the movie.

It was created in 1975 as a promotional piece for Universal Studios Hollywood. In 1990, it ended up in the yard of Aadlen Brothers Auto Wrecking in Sun Valley, California. Before the business closed in 2016 it donated Bruce to the Academy, which completely restored it to its former glory. 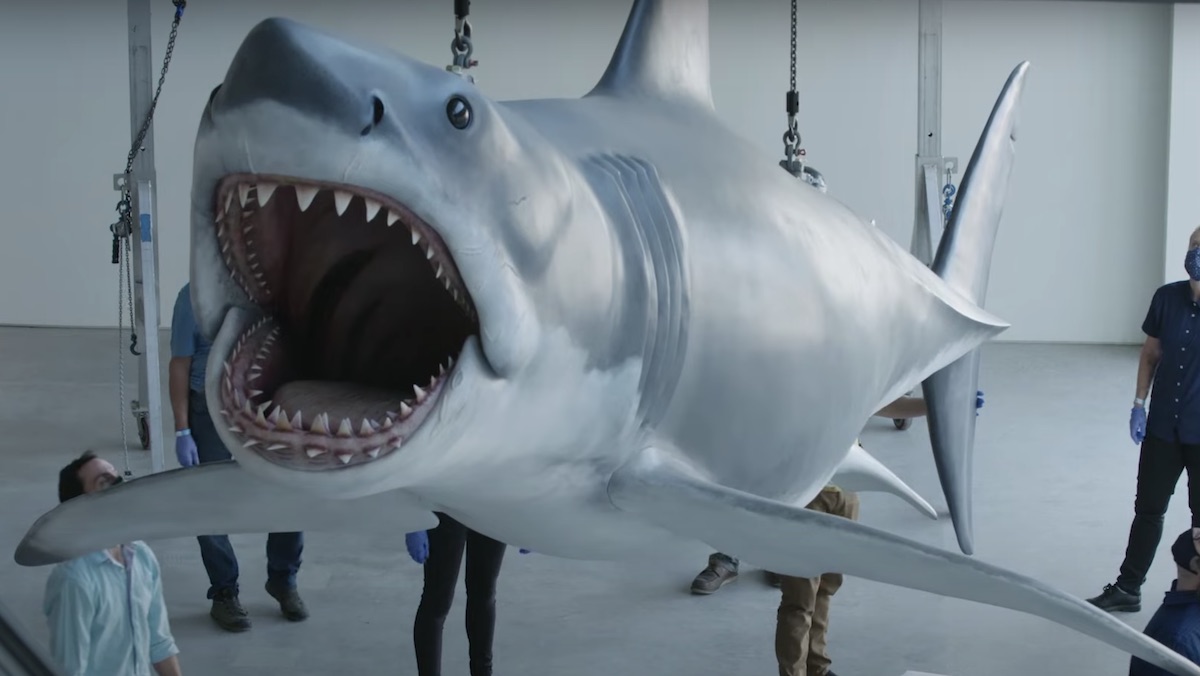 Now the 25-foot long, 1,208 pound model with rows of nightmarish teeth hangs high above the museum. Movie lovers will get to see him when the building opens (hopefully) on April 30. But that might not be the best tribute to one of Hollywood’s most famous props.

Getting Bruce inside the museum required considerable work. Because two things will always be true about the shark from Jaws. It’s a huge pain in the ass to work with, but all that aggravation is definitely worth it.