Move over, Hammond, there’s a new hamster hero in town. Pimm is out to save his streets from a vicious gang in Muse Games’ Hamsterdam, currently seeking funding on Kickstarter.

Pimm, a hamster skilled in kung fu, is on a mission—and on a scooter—to save his grandfather. A gang has moved into their once peaceful village and turned the townspeople into shadows of their former selves. It’s up to Pimm to take on the Rodent Gang and defeat their wily chinchilla boss to save his grandpa and his hometown. 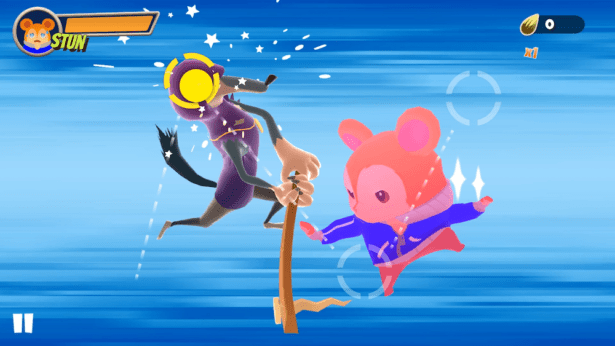 The game was inspired by a wide variety of movies and television, said Derek Chow from Muse Games in a press release, including kung fu movies from the 1980s, The Wire, Pulp Fiction, and Ratatouille. “As you can probably guess we’re having a lot of fun with Hamsterdam, and are looking forward to getting it out into the world for players to enjoy too,” he said.

Pimm needs to rumble in style, of course, so you can even dress him in the raddest hamster accessories from a strawberry hat to a must-have yellow Bruce Lee jumpsuit, all of which also give him an extra edge in fighting. 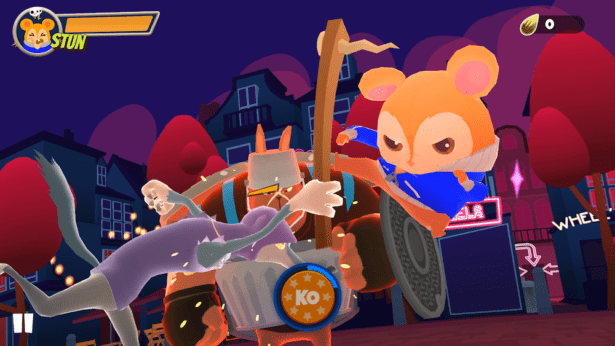 Back the Kickstarter now to claim exclusive outfits, a digital art book, the soundtrack, and even a Pimm plushy to support the indie studio and the game’s development. The crowdfunding campaign has a lot of time left, but don’t miss your opportunity save Hamsterdam.

Do you think video games need more hamsters? Tell us why in the comments.