We all know about Santa Claus. He sees us when we’re sleeping, he knows when we’re awake, and he’s making a list of the naughty and the nice. Santa’s great (creepy surveillance habits aside). He travels around the world in a night delivering presents to well-behaved little girls and boys. But what about those kids who wind up on the naughty list?

According to Santa-lore, they just get coal, but there’s another character from ancient German folklore who deals with those ill-behaved kids: Krampus. For the uninitiated, Krampus is, essentially, Nega Santa. Instead of rosy cheeks, a jolly laugh, presents, and a fondness for milk and cookies; Krampus is a terrifying, horned creature with cloven hooves who reigns terror on those who are bad. In the new movie coming out this Christmas, Krampus, he reigns terror on a family who is definitely not feeling the Christmas spirit. So do think you’ve had a bad year, and you’re feeling more like the Grinch than Buddy the Elf? Then you’d better watch out, because Krampus could be making a stop at your house.

Of course, Krampus has sort of caught on in pop culture. In addition to the movie that’s headed our way this holiday season, fans of Krampus have even gone as far as creating festivals dedicated to everyone’s favorite Holiday Horror. It’s weirdly awesome, and events dedicated to this villain happen all over the world. For a festival based on a character shrouded in poor behavior and a general lack of holiday spirit, Krampus fests–often held on December 5th, or Krampusnacht–are pretty awesome events, and have become a holiday tradition for a growing number of people. These events held in honor of Krampus celebrate art in all its form: music, plays, film, painting, and whatever other manner of expression attendees are willing to engage in. 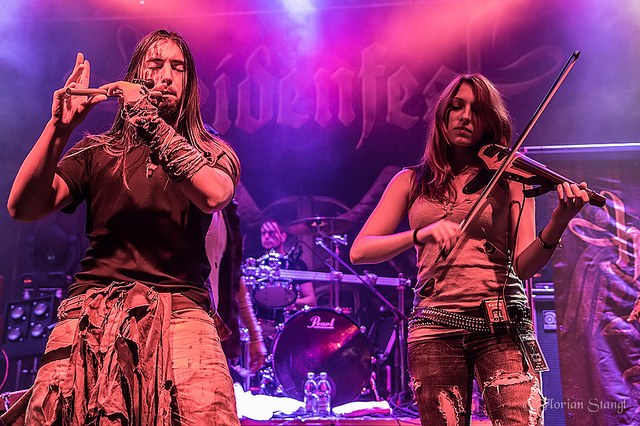 There is also, naturally, a hearty amount of creepy-ass Krampus cosplay. Since Krampus’ exact appearance is up for debate depending on which lore you subscribe to, there’s a lot of room for creativity for cosplayers. Whether your Krampus looks more like a nightmarish devil: 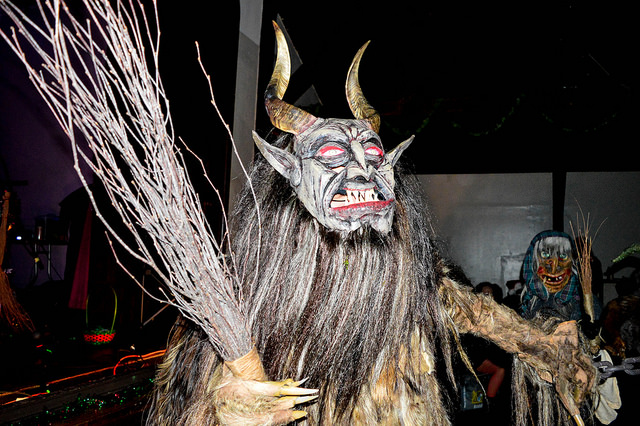 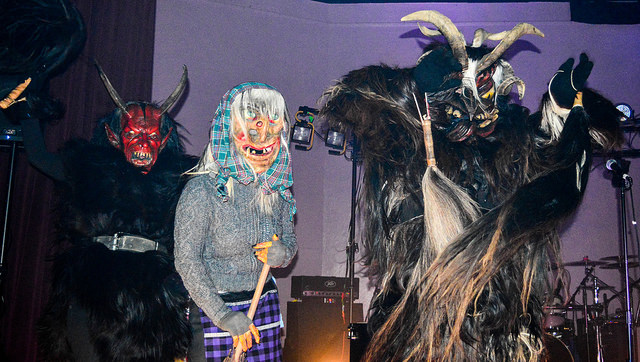 …or a creepy snowbeast that will basically haunt your dreams for the rest of your life: 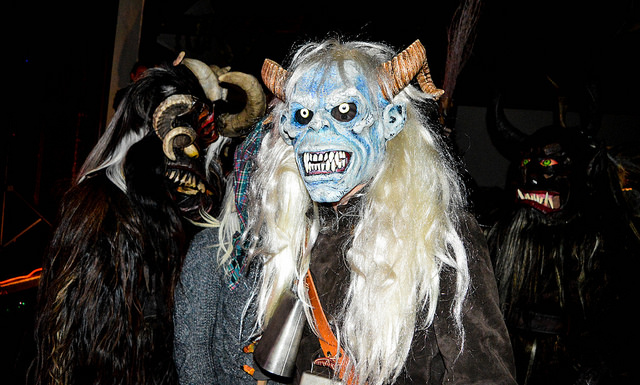 While the big Krampus celebrations happen over in Europe, which makes sense because the legend of Krampus originated there, the US is starting to get on board with the Krampus craziness.

If you’re in the LA area, you can take part in the gigantic Krampus celebrations from a ball, to a parade, a play, a film, and Krampus himself will even descend on LA’s quaint Alpine Village. LA isn’t the only one to get in on the Krampus fun. Charlotte, North Carolina holds an annual Krampuskrawl in the middle of the Charlotte Arts district, rewarding nice children and punishing naughty ones in the middle of a bustling center of arts and culture. Bloomington, Indiana has an annual Krampus parade and festival celebrating all things winter, arts, and of course, Krampus himself.  Carytown in Virginia also has a huge Krampus festival complete with a Krampus walk, charity event, storytelling, and book clubs.

Though Krampus is originally a symbol of terror and evil, he’s become a symbol for non-conformists and creatives to embrace their naughty side and play with long-held holiday traditions. Krampusnacht is only just starting to catch on in the US and you could start your very own Krampus festival in your hometown.

Have you gone to a Krampus festival before? Do you have any plans for Krampusnacht this year? Let us know in the comments!