We can never have enough Afrofuturist stories. They examine and explore the future through the eyes of Black people, who are frequently left out of futuristic narratives. These sagas dare to dream of a world (or perhaps a universe) where Black people thrive. Even if they have to go against otherworldly forces, robots, or scary monsters. Disney + is helping African creatives get their unique content to the masses with Kizazi Moto: Generation Fire.

According to a recent press release, the animated anthology will debut sometime in 2022. It will include stories by creators from Zimbabwe, Uganda, South Africa, Nigeria, Kenya, and Egypt. The 10-part collection of films will dive into Africa’s future, opening viewers up to the continent’s rich cultures and histories across its many countries. The sci-fi and fantasy short films will run about ten minutes long. You can see concepts in the below image. 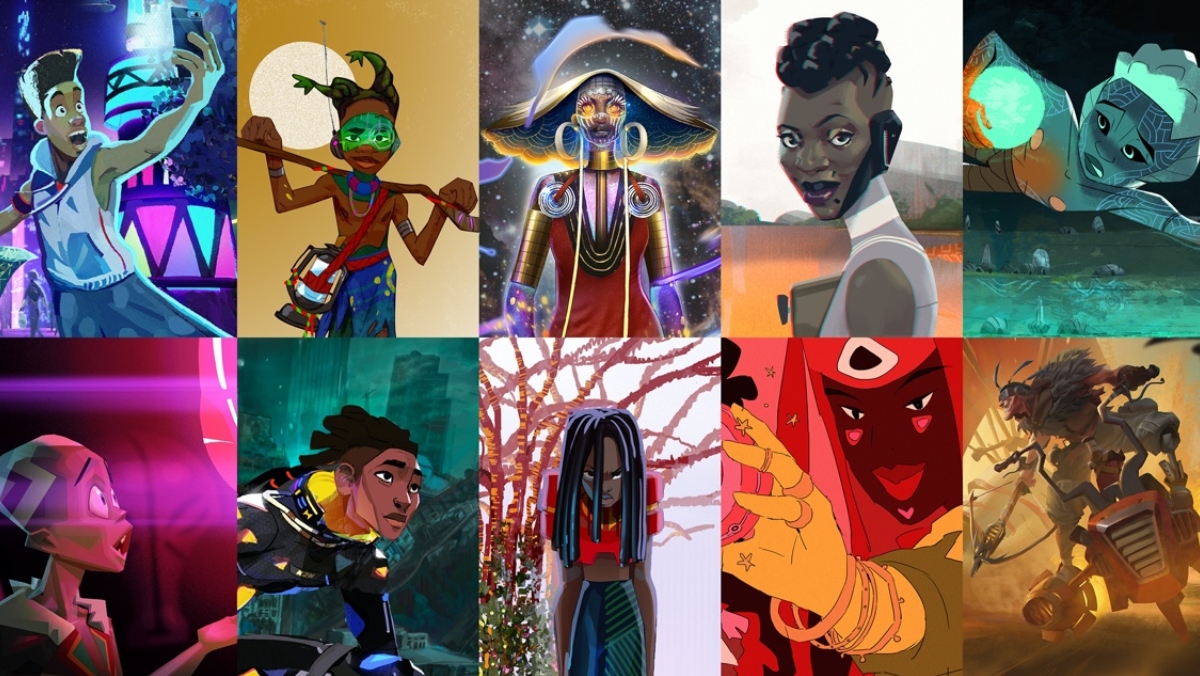 Right now, Disney didn’t share any specific details about the films, but we will certainly learn more closer to the end of the year. The shorts will have all the trappings of Afrofuturist adventures. That means advanced technology, formidable foes, and perspectives unique to the protagonist’s racial and cultural identities.

Spider-Man: Into the Spiderverse director Peter Ramsey will executive produce this anthology. Ramsey will lead alongside Triggerfish producer Tendayi Nyeke and Anthony Silverston as supervising producers. Nyeke expressed his excitement over this collaboration in a formal statement. The producer also explains the anthology’s name and its powerful meaning.

“’Kizazi Moto’ derives from the Swahili phrase ‘kizazi cha moto’ which literally translates as ‘fire generation’, capturing the passion, innovation, and excitement this new cohort of African filmmakers is ready to bring to the world,” said Nyeke. “’Moto’ also means fire in several other African languages, from Rwanda’s Kinyarwanda to Shona, a Zimbabwean language, speaking to the pan-African spirit we hope this anthology embodies.”

Ramsey promises that Kizazi Moto: Generation Fire will bring a fresh lens to an array of science fiction stories. “I’m really pleased to part of a ground-breaking, fresh and exciting project that’s aimed at exposing the world to a whole new wave of creativity and invention from a place that is just ready to explode onto the world animation scene,” Ramsey said. “The films in the anthology kind of run the gamut when it comes to science fiction. There are stories that touch on other worlds, time travel, and alien beings, but all of these genre conventions are seen through an African lens that makes them totally new. I can’t wait for people to have their minds blown and say ‘I want more!’”

I don’t know about you, but I am absolutely ready to have my mind blown by brilliant and innovative content.