Meet the Cast of Netflix’s KIPO in First Teaser (Exclusive)

There are a lot of terrible events we would really prefer not to live through. Things like famine, global warming, and another Rambo sequel. However, a “Great Mutant Outbreak” is no longer something we’re worried about. No, a world overrun by giant talking creatures didn’t always sound like a good time. But that was before we saw the first promo for Netflix’s upcoming series Kipo and the Age of the Wonderbeasts. DreamWorks Animation’s newest show follows a young girl who suddenly finds herself living aboveground for the first time. There she encounters the huge animals who forced humans to flee below the surface. And Nerdist has your exclusive first look at it.

“After spending her entire life living in an underground burrow, a young girl named Kipo is thrust into an adventure on the surface of a fantastical post-apocalyptic Earth. She joins a ragtag group of survivors as they embark on a journey through a vibrant wonderland where everything trying to kill them is downright adorable.”

The upcoming animated series is centered around “the enthusiastic and curious” Kipo, voiced by Karen Fukuhara (She-Ra and the Princesses of Power). The young protagonist has lived her entire life in an underground burrow. She suddenly and unexpectedly finds herself on the surface one day, where she learns it’s nothing like the horror stories she has been told. It’s “a fantastical post-apocalyptic Earth where amazing beasts rule.” Kipo then “joins a ragtag group of survivors as they embark on a journey through a vibrant wonderland where everything trying to kill them is downright adorable.”

The show’s main cast also stars Sydney Mikayla (General Hospital) as Wolf, “a weapon-wielding survivor who knows the ins and outs of the surface.” Coy Stewart (The Blacklist) plays “the happy-go-lucky” Benson. Deon Cole (black-ish) voices Dave, “a talking insect who has the jarring ability to suddenly age a full life cycle without warning. And Dee Bradley Baker (Star Wars: The Clone Wars) stars as Mandu, an “adorable mutant pig.” 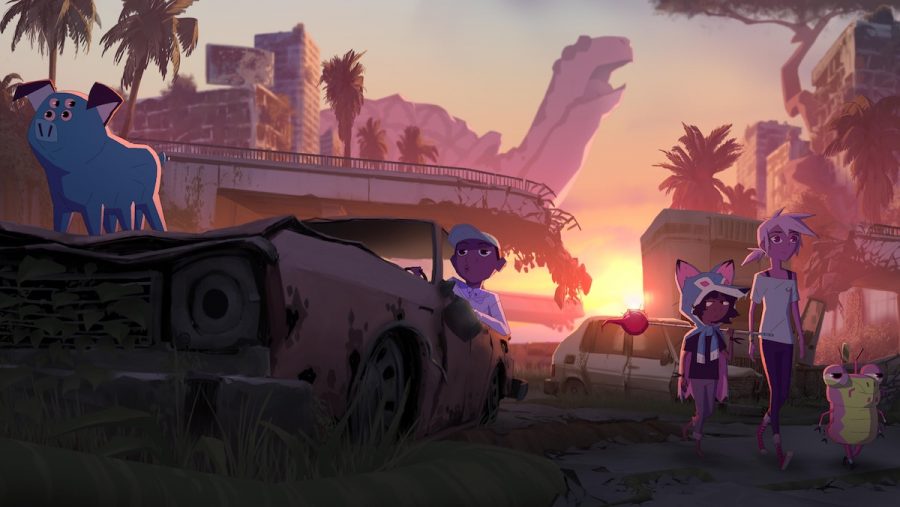 Some big names will be joining them in season one. Sterling K. Brown (Frozen 2, This is Us) plays Kipo’s father Lio Oak, and Dan Stevens (Legion) will voice the power-hungry Scarlemagne. Lea DeLaria (Orange is the New Black) will star as a Timbercat named Molly Yarnchopper. Rock and Roll Hall-of-Famer Joan Jett stars as Camille, a “rocker snake.” (Hell. Yeah.) John Hodgman (The Daily Show) and GZA (Wu Tang Clan) will also team-up as “the cosmically-curious wolves” Billions and Billions. 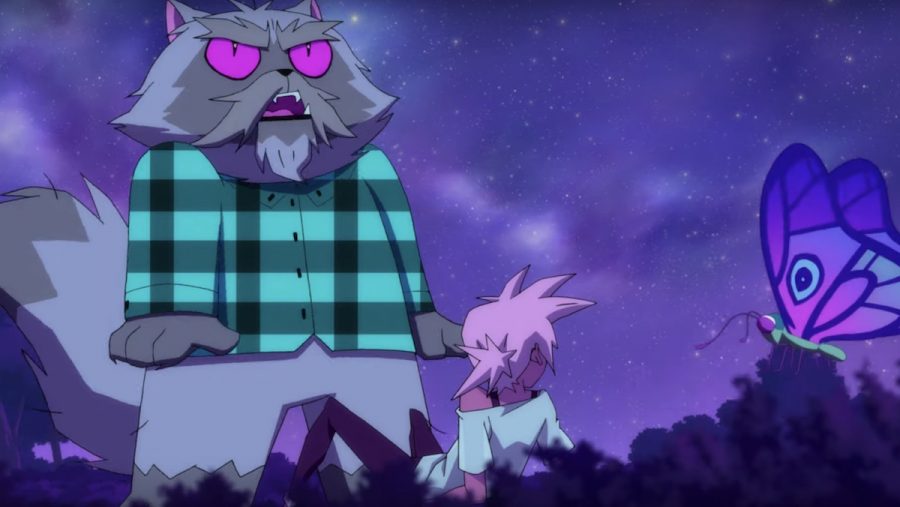 Netflix also says that in addition to “a unique animation style” the show features “an equally fresh sound from Kier Lehman (Spider-Man: Into the Spider-Verse) and composer Daniel Rojas (Downsizing).” The show will also include tracks from Distant Cousins, Lushlife, Beth Yen, and Dope Saint Jude, as well as original performances from Fukuhara, Brown, Stevens, and GZA.

The show was created and executive produced by Radford Sechrist (How to Train Your Dragon 2) and was developed by executive producer Bill Wolkoff (The Man Who Fell To Earth). And to think we didn’t think we wanted to experience a “Great Mutant Outbreak.” Talk about living under a rock.

Kipo and the Age of Wonderbeasts comes to the surface on Netflix early next year, January 14, 2020.