KILLING EVE Season 3 Contemplates the Plight of the Overqualified Woman

Season two of Killing Eve certainly ended on an unsure note for Eve Polastri (Sandra Oh), whom Villanelle (Jodie Comer) shot and left for rejecting her. But Villanelle’s future was also up in the air, as her attempt to keep up her assassin work as a free agent resulted manipulation from both M16 and The Twelve. The beginning of season three finds Villanelle not only dealing with a messy “breakup,” but also contemplating her next career move. There’s no question that she’s excellent – like, terrifyingly good – at her job, yet Villanelle can’t seem to settle into a comfortable position that’s worthy of her. In fact, in these new episodes, Killing Eve suggests that Villanelle is simply too capable and is learning, as so many overqualified women have before her, that there’s no real reward for being the best. 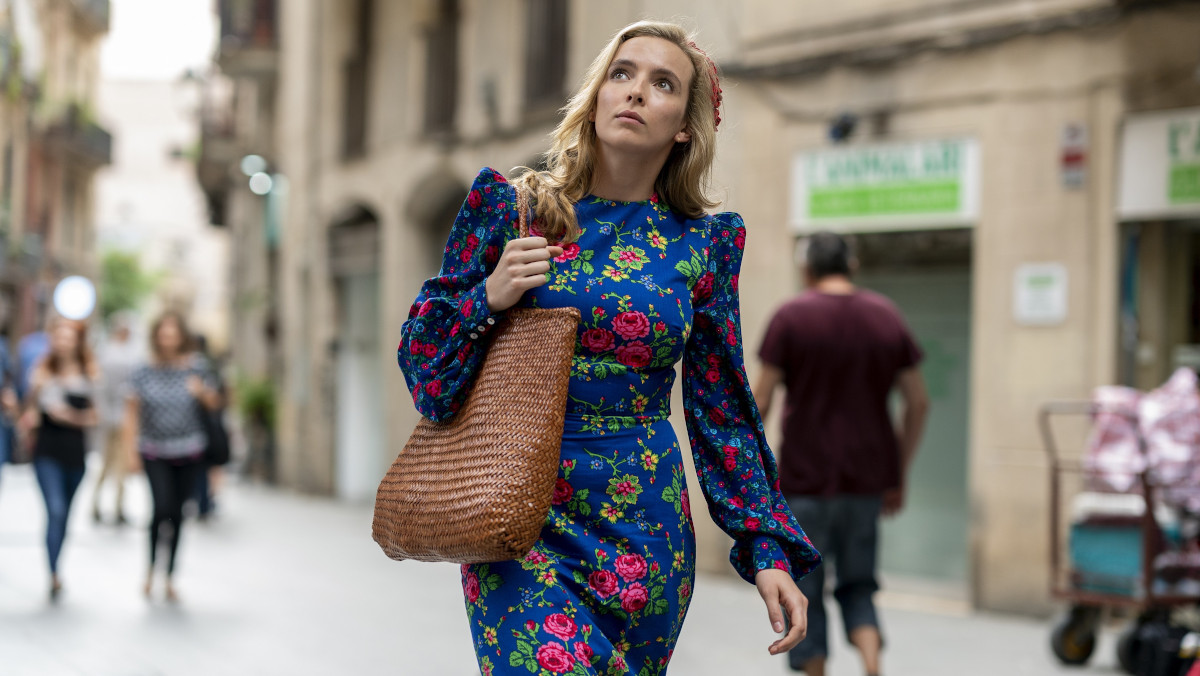 Okay, maybe that was already pretty clear in the season two finale, in which her former handler Raymond (Adrian Scarborough) tried to kill her…with a little logistical help from M16 boss Carolyn Martens (Fiona Shaw). As an asset, Villanelle is impossible to fully control — just ask Konstantin (Kim Bodnia) — and that’s a problem for The Twelve. Assassins don’t choose their own marks; they’re meant to follow orders. Villanelle is absolutely the person you want on the job when things go sideways and snap decisions have to be made. But her independent nature and psychopathic tendencies mean that she doesn’t have much capacity for loyalty — least of all to an institution.

Nevertheless, season three kicks off with The Twelve trying to bring Villanelle back into the fold. We meet Harriet Walter’s character Dasha, a former Russian gymnastics phenom who trained Villanelle as a killer and who’s been sent to offer her protege “more of everything”. But all the benefits she mentions are material, and though we know from her enviable wardrobe that Villanelle has expensive taste, that’s not all she wants from her employer. Having gotten wise to the limitations of her role, Villanelle asks for more power. She wants to be “a keeper” — a rung above both Konstantin and Dasha. She knows she can handle it, and she imagines that it’ll bring her the freedom and satisfaction her workhorse position didn’t. 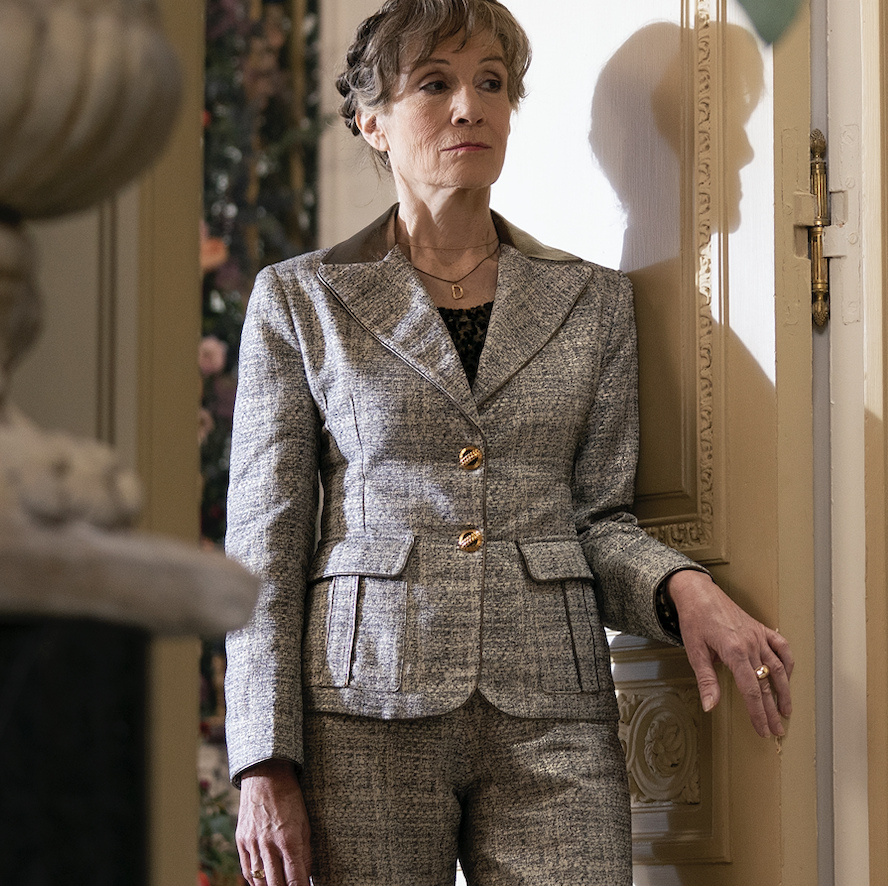 But Dasha — a trainer and a coach, a molder of younger people — knows from experience that being the boss has its own downsides, and she tries to prepare Villanelle for that. “Management is not easy,” she says. “It’s watching someone do job worse than you, that’s why it sucks”. Villanelle comes to understand this firsthand when she’s sent to do a hit with a 19-year-old assassin-in-training named Felix (Stefan Iancu). Their assignment — a typically over-the-top affair with a birthday clown cover story — ends with Villanelle taking out both the mark and her direct report after he flubs the job. If she’d just done it herself, Villanelle would have been in and out, her kill lying undiscovered until long after she was gone. As a manager, however, she’s left holding the bag, cleaning up the bloody mess, and taking responsibility for all of it to The Twelve.

But at least she’s still in charge, right? 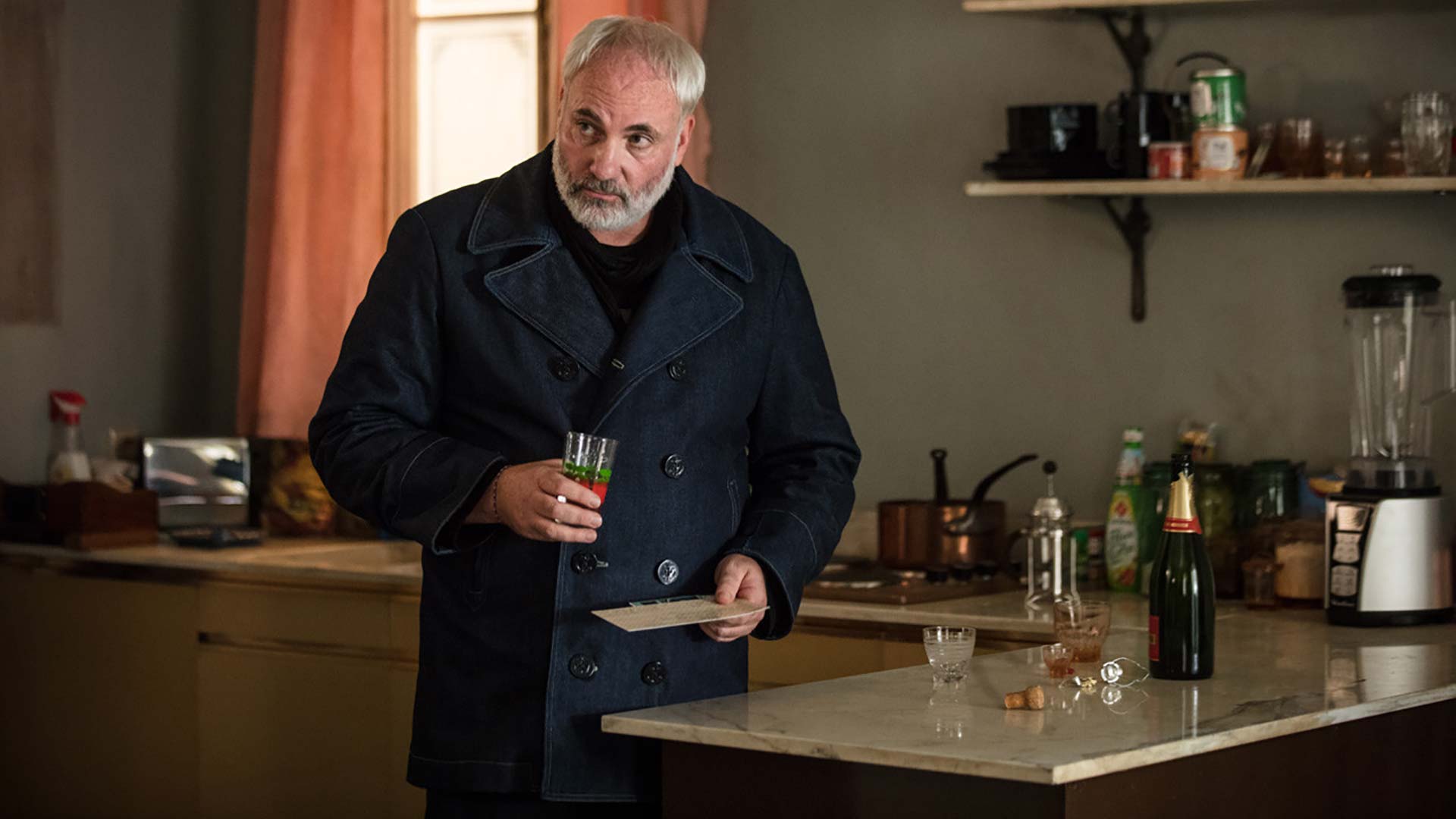 Well…maybe. Konstantin drops by when Villanelle returns to her homebase in Barcelona to warn her that Dasha and her promises aren’t to be trusted. (And that Eve is alive, but that’s another essay.) If he’s right, then The Twelve still don’t know what to do with their best assassin, and they have no intention of giving her the slack that she has certainly earned. Too talented and bright to be the mindless killing machine they wanted her to be, Villanelle has ascended to a professional level that essentially leaves her out in the cold. She now exists outside of the structure in which her expertise was cultivated, and, in that way, she’s paying the price for being exceptional.

The stakes may not always be life and death, but the plight of overqualified women persists in the real world. A 2018 survey by Burning Glass Technologies and the Strada Institute found that 47% of women respondents were “underemployed” — meaning that they were overqualified for their current jobs — compared to 37% of men. This can obviously mean a significant loss of income over time. That’s not a problem Villanelle has, but hey, at least the international assassin game pays well.

So let’s make a comparison that Dasha would appreciate. During the 2019 Worlds qualifying round, U.S. gymnast Simone Biles nailed a totally unique balance beam dismount, which is now named after her. To get something like that into the books, you have to first submit your move to the FIG Technical Committee, which also determines the potential score for completing it. Biles and many in the gymnastics field complained that the committee low-balled that score. In response, the body released a statement saying that the score was docked due to the potential risk. As PopSugar put it, “The FIG Women’s Technical Committee basically said The Biles was too dangerous of a skill to warrant a value any higher than what they gave it.”

When so many accomplishments are overlooked or even punished, it can be tempting for women to keep their heads down, do the work, and avoid standing out. Fortunately, Villanelle has never been that kind of person, and as heightened as her universe is, it’s cathartic to watch her deal with anyone who dares to underestimate her.

Why The Master’s Return Changes Everything on DOCTOR WHO