by Eric Diaz
One of the major surprises coming from writer Brian Michael Bendis’ Man of Steel mini-series was the revelation that the destruction of Superman’s home planet of Krytpon wasn’t caused by a natural disaster, but by a destructive force named Rogol Zaar.

But while Bendis’ Supermanbooks have dealt with how Kal-El deals with this big revelation, we’ll soon see writer Marc Andreyko (Batwoman) and artist Kevin Maguire (I Can’t Believe It’s Not The Justice League) join the creative team behind Supergirl to tell the story of what Kara Zor-El does when she attempts to deal with the same information about the man who destroyed her homeworld. On top of that, in a longstanding tradition for the Girl of Steel, issue #21 of Supergirl will debut an all-new costume. In fact, this will be first of four new Supergirl costumes to debut in this storyline, as designed by Justice League artist Jorge Jimenez. According to new series writer Andreyko, Kara Danvers will be “looking for answers to the questions that have been raised by Rogol Zaar. There will be familiar faces, some new faces, all sorts of challenges facing her, and also some potentially new supporting characters who will hopefully be well received and stick around for a while.” Will Kara beat her cousin Superman to the truth about Krypton’s killer? Stick around for this new direction of Supergirl and find out! Here’s the official synopsis for issue #21:

“Mourning the loss of the Kryptonians wiped out by Rogol Zaar, Supergirl decides to play detective and sets off into deep space to learn more about the would-be usurper. Using whatever tech she can scrounge, Supergirl builds a star cruiser, and after intel from Green Lantern, she blasts off into the cosmos with Rogol Zaar’s deadly axe to solve the mystery—along with a traveling companion you won’t believe! ”

You can check out the first five pages from Supergirl #21, along with the variant cover from Amanda Conner featuring Krypto the Superdog, down below in our gallery. The regular cover by Rachel and Terry Dodson can be seen above.

Supergirl #21 is due to hit stores on Wednesday, August 8th

Are you as excited as we are to see Supergirl take on Rogol Zaar? Let us know your thoughts down below in the comments. 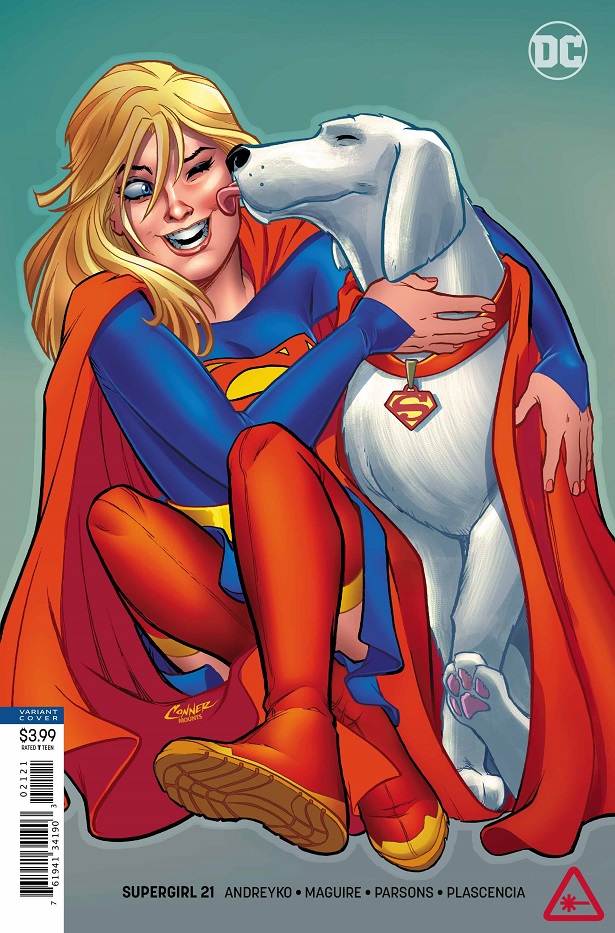