Which of the five Jurassic Park films in the franchise fits this description: A group (with at least one child) of mostly decent but shortsighted people are put in grave peril thanks to the amoral actions of greedy men? The answer is all of them. Every Jurassic movie has followed that same basic premise. Even Jurassic Park 3 (which you no doubt wiped from your brain) involves stolen velociraptor eggs. It’s a tired format that is now 25 years old, and is one that Fallen Kingdom relies on even while attempting to tell a different kind of story about animal rights. In fairness, there are only so many ways to tell the same scary story other than making bigger and meaner monsters, which is why most horror franchises eventually end up as parodies of themselves. The third  Jurassic World doesn’t have to fall into this trap, though, because it has an amazing opportunity to break free of the same old structure by turning its focus to its human villain instead. Especially because there is already a compelling, complex, and important big bad whose story deserves a powerful resolution: Dr. Henry Wu. 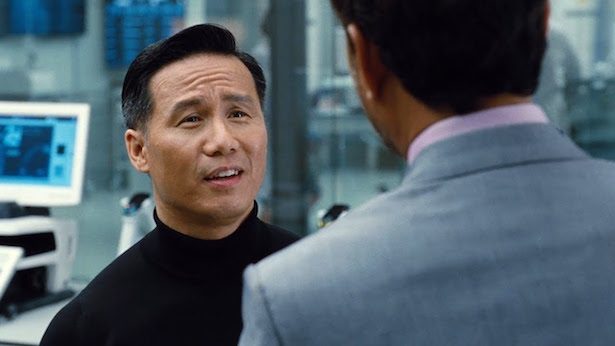 John Hammond’s legacy is always present in the Jurassic World films, but no living character connects the new trilogy to the original film like B.D. Wong’s Dr. Henry Wu. He was there at the very start, a brilliant scientist who created a miracle that became a nightmare. While he might not have been the most important character when we first met him, no other character has undergone as dramatic a transformation as his—one that mirrors the very horror of the park itself. He began as Jekyll and turned into Hyde, losing his soul as he was consumed by a dangerous god complex. Now there is no danger or risk to innocent life that can stop him from pushing further and further to create the perfect dinosaur to complete his life’s work.

He’s the Walter White of Jurassic Park, which is why he’s now the most interesting character in the franchise. We have a history with Wu; we have questions about how he got to this point, and we want to see where it leads him—especially after the end of Fallen Kingdom left all of humanity at risk of extinction.

Much like the heroes of the franchise, Dr. Wu has never learned the most important lesson of the first film: you can’t play god. You can’t control nature and bend it to your whim. “Life finds a way,” and when that life comes in the form of killer dinosaurs, they too find a way, often with the help of both good and evil people who fail to recognize their own folly. Dr. Wu’s greatest flaw is just as human as the characters we root for.

We know he’s important to future films, otherwise the last two movies wouldn’t have made the exact same point of whisking him away to safety at the last second with all of that genetic code. But the final arc of his story offers more potential to say something meaningful than anything the good guys can. We’ve seen Owen and Claire run away from a T. rex twice now, and they’ve learned a lot about themselves and their actions in the process. But what’s it like to be the person responsible for setting a velociraptor free on Main Street? At what point do you recognize your failures? How do you deal with the knowledge your life work is defined by evil?

Or is it possible that when faced with causing the end of mankind, he will descend into final madness? Will Dr. Henry Wu celebrate as his “children” break free and reign supreme? His story is interesting both because we haven’t truly explored it before and we don’t know where it is going. Either way though he has meaningful lessons to learn, which would give the next movie a seriousness Fallen Kingdom was clearly trying to capture. The franchise has set up a compelling and complex figure who deserves an ending worthy of his important and meaningful role in the story, one who carried the emotional weight of everything that has happened from the very beginning, and who would let Jurassic World 3 tell a totally new type of Jurassic Park movie.

What do you think? Do you want to to see the story of Dr. Henry Wu? Tell us why in the comments below.