Gorechosen is ridiculous. It’s a tactical miniatures board game clad in spikes and drenched in blood. You enter a dugout with seething tentacles or pits of inferno and duel up to three opposing warriors to the death; It’s bravado, gumption, and lots of dice rolling. Smashing skulls and spitting bile into your opponent’s face never felt so good.

In the Warhammer world Khorne is the most awesome and powerful of the Chaos deities. His symbol is a red skull and his gospel is carnage. He wants to drink rivers of blood and you are his weapon–a champion in his name and competing for recognition; the goretouched.

While four may enter the pit, it is the last one breathing who will ascend and take his place. You will claw, bite, and hack away at your monstrous foes as anything goes and the only taboo is surrender. I can already feel your blood pressure rising. 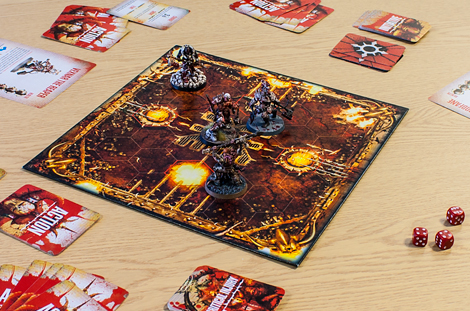 This is U.K. based publisher, Games Workshop, getting back to their roots. They’ve returned to the glory days of Blood Bowl, Warhammer Quest, and Space Hulk. Gorechosen fits right in as it takes that element of style and infuses it with old school drama that’s lacking in modern competition. Yes, there are bucketful’s of dice, but the tension is palpable and the edge of your seat will buckle under the pressure.

Gorechosen is a 40 minute gladiatorial romp with some modern tricks. Each champion of Khorne possesses asymmetrical abilities and a unique front attack arc. That disgruntled dude with an ax hits like a truck, but only if you’re directly in front of him. The furiously constipated flail pirouette guy? He opens the box of pain when you’re two spaces away from his reach, any closer and his effectiveness suffers.

Each warrior feels very different, primarily because of this unique attack approach but also because of a central special ability. You may possess a taunt that effectively works as a ranged attack, or maybe you excel at shoving people into objects like a red-headed bully jacked up on Surge.

Turns consist of building an initiative deck where cards representing each character are shuffled into a central pile. You pull one, that player executes an action from a hand of cards, and then you move on to the next initiative draw. This appears subtle at first, but the implications are pretty massive. This will lead to sequences of action where you may go two or three times before another player. This keeps the drama elevated because you can’t quite predict how things will play out and many powerful moves in the game require positioning and planning. It’s difficult not to adore this mechanism as it completely defines the feel and pace of the bout. It will keep you on your toes and maintain a dynamic pace. 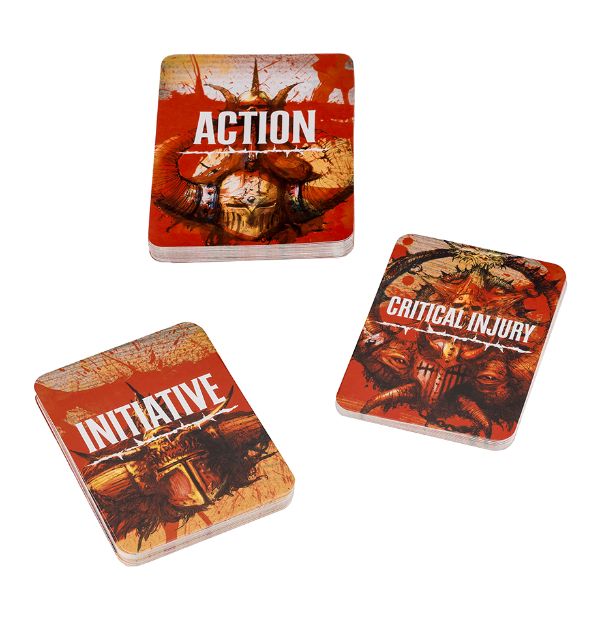 When you do activate, you’ll have a hand of cards allowing several choices. Each action card is multi-use offering a movement opportunity, attack option, and special ability. They tend to be restricted as movement isn’t always free form, sometimes you’ll need to step straight back or flee from a nearby opponent. Similarly, attacks vary in strength and some boast special effects. The final slot of special actions vary from gaining Wrath–the only resource in the game–to performing a cheap shot or swapping places with an adjacent foe.

The strongest actions across all fronts cost your precious Wrath. This statistic is measured on a cardboard track and has a key function of determining how many initiative cards are shuffled into the deck each round for your armored ball of hate. The more Wrath you have the more you get to activate. This push and pull from wanting more cards in the stack yet wanting to trigger the most crushing of blows is fantastic and fuels the tense exchanges. The fact that you gain Wrath from rolling poorly also is a nice pat on the back for players who are in Lady Luck’s doghouse.

The action vectors and their outcomes offer a wide range of narrative. You can even shove people into the pits on the board, which outright kill the target if they’re unlucky. You can hop behind an enemy and immediately stab them in the back of the skull. You can lash out and strike multiple foes. It’s crazy nutso stuff that feels right in line with the over the top aesthetic. 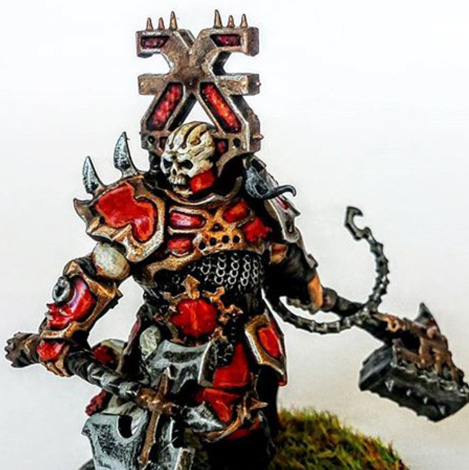 While this release is a box of magnificence, there are enough pitfalls that you need to carefully watch your footing. Resolution of conflict is entirely dice based. Cards provide mitigation, but with an unlucky moment or two, you can fall way behind and be dragging about a broken limb. When you get beaten down well enough, you draw from a critical effect deck and there’s even a headshot card which can outright kill you. While rare, this can occur very early in the game and it’s lights out, player eliminated. Once slaughtered, the design does have this really nifty chart you get to roll on each subsequent turn where you get to enact a bit of revenge on your adversaries. You can throw weapons from the crowd or curse their guts, but you’re still only playing a ghost of a character and not directly involved.

The miniatures here are multi-part plastics that require assembly as well. This is a huge detriment to board game purists. For everyone else, you’ll revel in the detail and beauty of these ugly misshapen souls. They’re some of the most joyful models to put together and require little skill.

If you can handle assembling miniatures and are able to lap up dramatic action like a dehydrated dog at a fire hydrant, this game is your cardboard and plastic spirit animal. Carve out less time than it takes to watch an episode of A Game of Thrones and coat the stone walls in crimson. BLOOD FOR THE BLOOD GOD!

Are you a fan of the Warhammer world? Happy about Games Workshop diving back into board games? Give us a guttural shout out in the comments!

All images courtesy of Games Workshop