Ever since Restoration Games started, there have been a plethora of comments, suggestions, and requests for the next game to restore. Though a newer publisher, Restoration Games has garnered a lot of attention with their updating and releasing of classic games that come with plenty of childhood nostalgia. When the announcement for Fireball Island was met with thunderous applause last year, it was no surprise that the subsequent Kickstarter raised over $2.8 million. Soon, it’ll be another board gaming dream come true with the release of Dark Tower, the fantasy adventure game from 1981 that was one of the most requested games for Restoration Games to bring back. 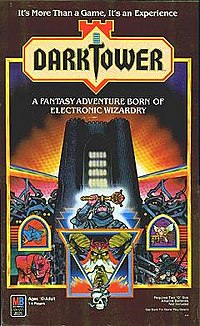 There were hopes of a Dark Tower restoration when keen Googlers found a trademark registration for the game back in February of 2017. For those who have been waiting with bated breath, you can now exhale. Dark Tower is slated to appear on Kickstarter in 2019 with a release date of 2020.

Rob Daviau, Restoration Games Chief Restoration Officer, is co-designing the restored Dark Tower with Isaac Childres. In terms of credentials, this duo has got plenty. Daviau is one half of the design team that brought you everything legacy (Risk Legacy, SeaFall, Pandemic Legacy) as well as re-tuning other Restoration Games releases. Childres is the mastermind behind Gloomhaven, the massive dungeon-crawler hit game that has won nearly award in the past year, and the recently released follow-up, Founders of Gloomhaven. Childres said that he “could not pass up a chance to work with Rob, a giant in the industry”. With these two at the helm, you can rest assured that your childhood memories will be preserved. 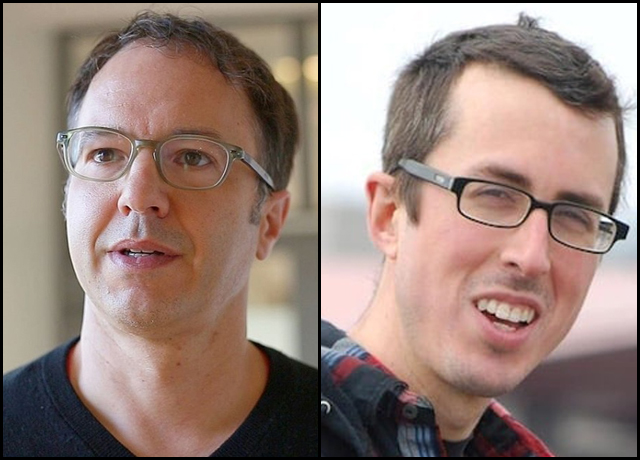 For those not familiar with the original game, Dark Tower was ahead of its time. The 10-inch-tall titular tower in the center of the board housed a small computer. On a turn, each player moves around the board in an attempt to find three keys. Then, the Tower acts as an electronic GM, resolving what happens. With a series of 8-bit beeps and whirrs, the Tower tells you whether your move was safe, the outcome of your battles against the brigands, keeps track of each player’s inventories and resources, haggles with bazaar keepers, buy new warriors, or even play some mood music during key points of the game. Even by today’s standards, it’s no wonder Dark Tower’s technological feats make it so highly coveted by collectors. It’s also part of what brought Childres on board. “I was intrigued by the use of technology to enhance the telling of epic, branching narratives in a board game,” said Childres.

Though there are no details on how Restoration Games will be integrating the electronic aspect of Dark Tower, the app integration of their other title, Stop Thief, should give you confidence in their ability to modernize the game without taking away what makes the bones so great. Restoration Games is aiming to have Dark Tower “provide players with interesting choices about which quests to pursue, how to best use resources to keep the growing evil in check, and when to make that final decision to assault the tower.”

Justin D. Jacobson, Restoration Games President, said, “For its time, Dark Tower was a technological marvel and the very embodiment of spectacle. We always approach a restoration by asking: What is the soul of the game? For Dark Tower, no question, it was that cutting-edge gizmo fused with a grand fantasy setting. We know we’ll have to do something that will blow today’s gamers away.” He goes on to assure us that the technological elements will “push the envelope for what board games can do”.

As for the core mechanics, Daviau and Childress have already begun work on the game, along with Restoration Game’s Tinker-In-Chief, J.R. Honeycutt.  One major change that Dark Tower will have, however, is the switch from a competitive game in which players are searching the four realms for three keys to unlock the Tower’s gate to a cooperative game in which players are working together to defeat the Tower. As Daviau stated, “We always believed that, had it come out today, Dark Tower would have been a cooperative game. The real threat is that imposing tower. It will take all of the players working together to defeat it.”

Though the game is still in its early stages, Restoration Games said that one of the reasons for this announcement is to allow for significant playtesting without needing to keep everything under wraps.

My mind is already aflutter with all the cool things the Restoration Games team might do to this beloved electronic board game. Though we may not get an epic commercial like the original game had, with Orson Welles introducing us to the world of Dark Tower and his victorious journey therein, there is still plenty else to be excited about. Will the Tower be like a medieval Alexa in every box? Will we use our phones to keep track of our warrior armies and food rations? I’m sure Restoration Games has thought of much more creative ideas than mine and I can’t wait to find out what they are.

What classic board game is your favorite? Tell us in the comments!