A lot of folks are bound to compare Taika Waititi’s Jojo Rabbit to the films of Wes Anderson and Mel Brooks. Like Anderson’s Moonrise Kingdom, it finds twee beauty in bright colors and children in tan uniforms. Like Brooks’ The Producers, it makes a farce out of Nazis. But Waititi’s movie surprises the more it unfolds, and the more it starts to reject some of the early assumptions you might make about it.

It’s loaded with Waititi’s trademark Kiwi humor—blunt, declarative pops of dialogue that had our audience roaring—and is sometimes quirky to the point of being obnoxious, but its heart is in the exact right place. It’s a movie that asks you to see beyond your biases and to find beauty in the world’s ugliest moments. There’s something tender and candy-sweet about it, even when it fumbles or loses grip on its tone.

Jojo Rabbit is set in the fictional German city of Falkenheim, where every house is a pleasant pastel and day-to-day life is cheery, seemingly unscarred by the world war raging in its periphery. Roman Griffin Davis plays Jojo Betzler, a ten-year-old Aryan boy infatuated with Nazis, and a member of the Jungvolk, or Hitler Youth. Every day, he joins other boys his age as they participate in exercises that train them to hate Jews and test their capacity for violence. 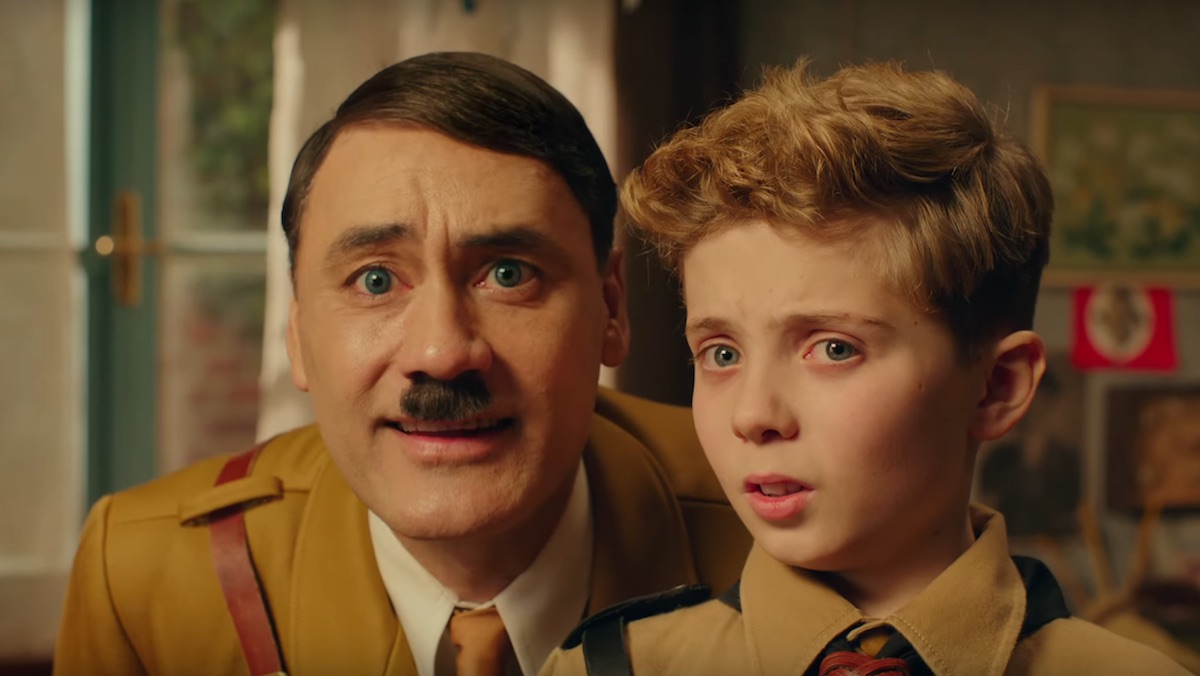 When Jojo is unable to kill a rabbit during one instructional session, he gets the nickname “Jojo Rabbit”—a name he is initially embarrassed by but that he quickly comes to embrace at the suggestion of his imaginary friend, none other than Adolf Hitler ( played by Taika Waititi himself). Jojo’s vision of Hitler is one of a bumbling, indecisive buffoon a man; Waititi seems delighted in making him look ridiculous. Still, to Jojo, he’s the closest friend he has.

There’s a lot of loneliness in Jojo’s life, especially after an accident that leaves him scarred and handicapped, which ostracizes him from the Jungvolk. He has his friend Yorki (a terrific Archie Yates) and his mother, Rosie (Scarlett Johansson). But his father’s off at war, his older sister is dead, and he spends most of his time in a large, empty house. Until one day, when he discovers it’s not so empty after all; in a hidden compartment in his sister’s room, his mother is hiding a Jewish girl named Elsa (Thomasin McKenzie).

At first, Jojo is disgusted; he’s been trained to think that Jews are monsters, capable of horrible things. But he knows the danger that would fall on his family if he tattled about Elsa’s whereabouts, and so he begrudgingly keeps his knowledge of her a secret. The two quarrel and point fingers, but they eventually forge a bond. And soon, that bond grows more and more affectionate on Jojo’s end, sending him into a crisis of personal identity and affiliation. 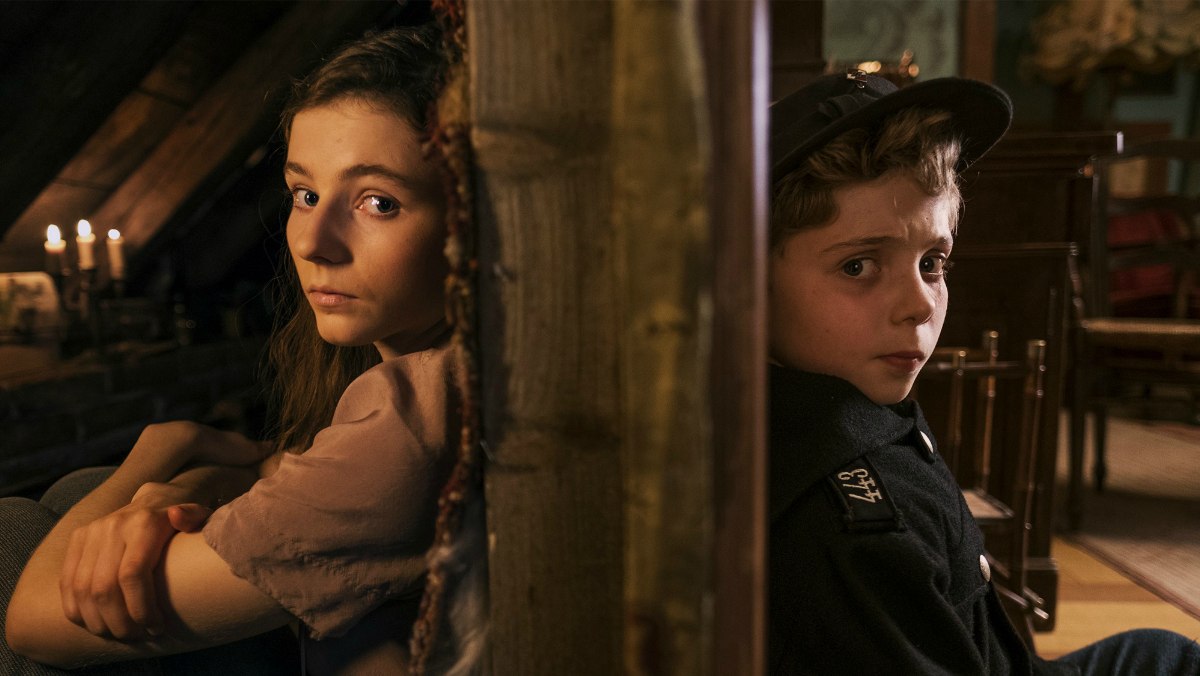 As Jojo begins to question everything he thought he knew, the movie starts to find its footing. It’s Jojo’s relationships with everyone but Hitler—which are funny but a little bit cloying and hamfisted—that give the movie its weight and identity. Scarlett Johansson is magnetic as Rosie, a woman of impossible contradiction, whose inner and outer beauty feel like a warm hug. Every time she’s onscreen, you understand why Jojo adores her so; she’s funny and humble, brave and kind. Thomasin McKenzie is also excellent as the witty Elsa, as are Sam Rockwell as Jojo’s Jungvolk captain, Alfie Allen as his sidekick (who’s always doing something wacky in the background), and Stephen Merchant in a brief but memorable role as the charmingly terrifying Captain Deertz.

But it’s Roman Griffin Davis who is the real find here. It’s an all-timer kid performance, one that feels like a small miracle. He plays every emotion to perfection: joy, humor, horror, grief. Those big blue eyes say everything they need to, and will break your heart during some of the movie’s more grisly and emotional moments.

Those moments come unexpectedly and land with a gut-punching thud as the movie transitions from an airy comedy to something a little more melancholy. Waititi struggles at times with this transition. The laughs are occasionally discomforting, to the point that it would have been better to double down on the film’s irreverence or avoid it altogether; instead, some of the humor exists in a fuzzy middle ground, afraid to be too daring and coming off a little mediocre instead. But overall, Jojo Rabbit is a movie with a lot of heart, a lot of qualities that are sure to make it a hit with crowds, and just enough unique magic to make it one of the more pleasurable movie-going experiences of the year.