I haven’t watched Jeopardy since my grandmother used to babysit me when I was a kid, but if last week indicates a new direction for the show, maybe I’ll start tuning in more. In one of his latest episodes, Alex Trebeck managed to stump the contestants of Jeopardy with an all video-game category. I suspect the contestants knew they were ill-prepared for the questions as they avoided the  category completely until the very end and even the easiest $200 question gave them pause. What masterful, brain-breaking video game trivia did they come up with? Let’s take a look. 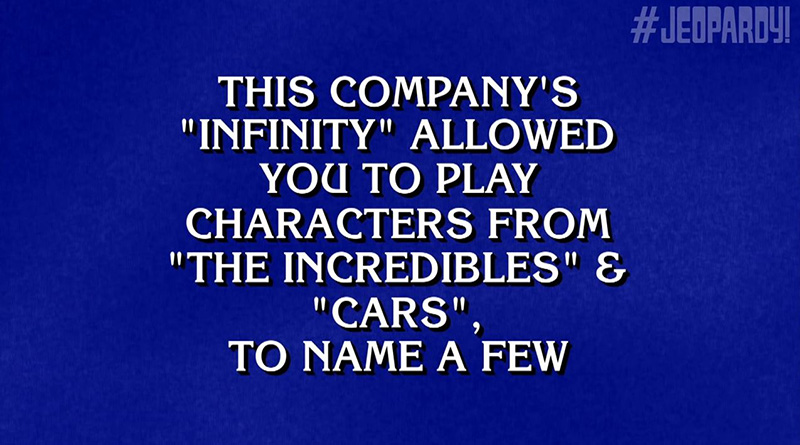 The $200 one set us to perhaps hope. “This company’s ‘Infinity’ allowed you to play characters from ‘The Incredibles’ & ‘Cars’ to name a few.” Ok, this one is pretty easy. Not only is the Infinity line well known for its use of popular characters, but Jeopardy! also included hints with movie titles that many non-gamers can pick up on. While the returning champion Evelyn Rubin thought the answer might be Pixar, thankfully Jordan Boyd-Graber, a University of Maryland associate professor of computer science, managed to identify the company as Disney. With his success, Jordan looked like he would be our man for this category, but starting with the $400 question, things quickly sledded downhill. 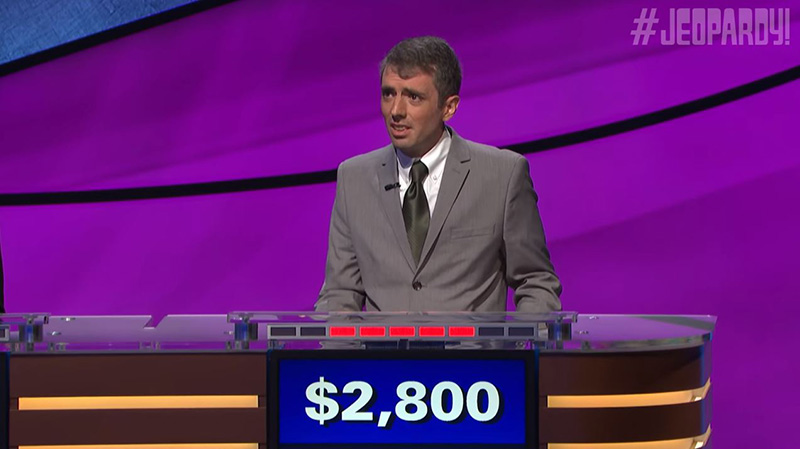 Jordan gave it his best shot on the next question: “Morrowind and Skyrim are iterations of this ‘venerable’ set of games.” His incorrect answer of “Dragon Age” didn’t score him any points, but it did attest to an awareness of the RPG genre. Next, footage from Destiny got mistaken for Halo and no one made an effort to even guess at the $800 question: “In the classic video game Joust, contestants were placed on these birds.” Admittedly, this one could be considered a toughie compared to the rest. Who came up with the idea to put knights on ostriches?!? 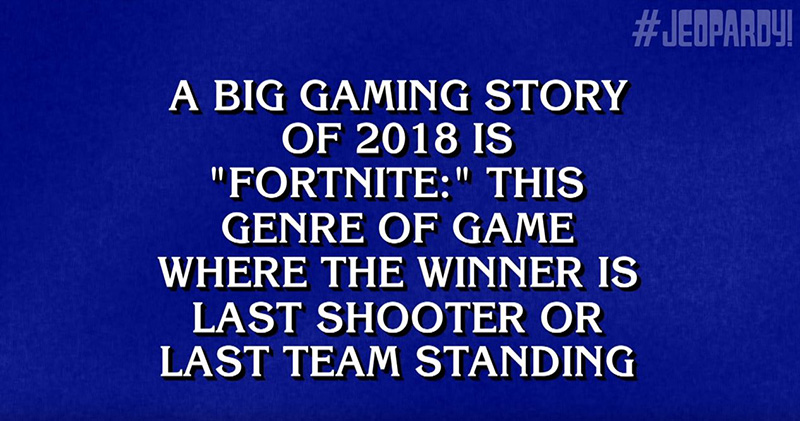 The last question, “A big gaming story of 2018 is “Fortnite”: This genre of game where the winner is the last shooter or last team standing” was once again met with dead silence. It’s disappointing and a little surprising, but maybe,  for these contestants, video games are just not their jam. The episode left me wondering, “If I was designing questions for our video game fans, which ones would I ask?”. After some pondering, I came up with a few questions that might be a little harder than your typical Jeopardy fare. Don’t forget to phrase your answers in the form of a question! 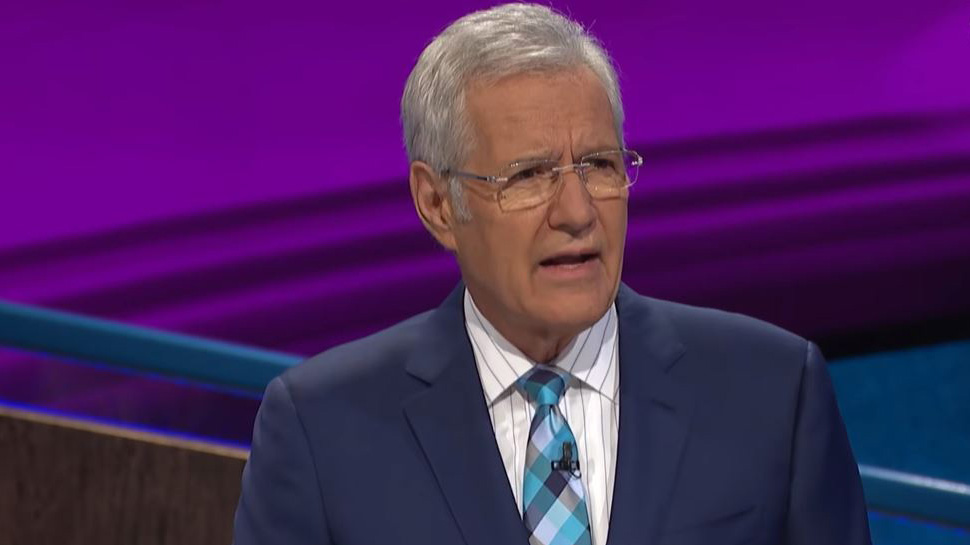 $400: This game’s title comes from the combination of the Greek numerical prefix “Tetra” and the sport tennis.

$600: This main character of Metal Gear Solid 2 was also known as Jack the Ripper.

$1000: In the Fallout series the Great war occurred on this date.

How did you do? Are you ready for the daily double now? What trivia questions do you think would make great Jeopardy questions? Let us know in the comments below and be sure to tune into Game Engine on Twitch and Alpha for more video game goodness every Tuesday starting at 4PM PT.