Jeff Goldblum has long been one of Hollywood’s most popular eccentrics. His online persona, a second career as a talented jazz pianist and eclectic tastes in roles have made the star of films like Jurassic Park, The Fly, Earth Girls Are Easy, and The Mountain, a firm fan favorite. Disney+ is banking on that to make their new 12 episode documentary series, The World According to Jeff Goldblum a hit for their sprawling new platform. At a recent event celebrating the non-fiction programming of Disney+ we sat down with Goldblum as he took us on a whirlwind tour of literally every single shooting location that he visited whilst shooting the new series.

The World According to Jeff Goldblum centers on the actor exploring all kinds of things from stuff that he’s personally interested in, to things that he has “little knowledge on” that put him in a “fish out of water situation”. He’s obviously happy about the results. “We’ve made 12 half-hour episodes that are really tasty”. It was a hefty six month shoot that ended up evolving as time went on. In fact, it was so intense that Goldblum brought a little bit of help with him, pulling out a stack of papers full with details about the shoot. “I brought this to remind myself because these are all the places I went,” he laughed as he laid them out. 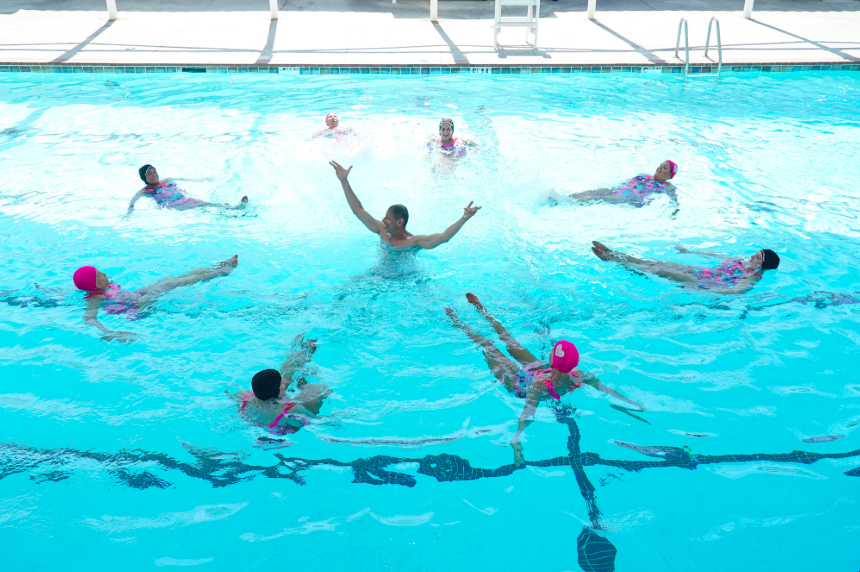 Goldblum gave us a taste of just what that experience was like with a whistle-stop description of some of the places he visited for the series. “In LA we went to this shoe surgeon, because we’re doing a sneaker episode, and you know, he made a pair of shoes for me. Then the guy who unboxes them on YouTube, which I didn’t know about. I got an eyeful, I went to the sneaker convention in Cleveland, which is this once a year thing, you should have seen that! That was every kind of sneakers and people walking around with bags of cash because that’s how they do it there.

“I went to Las Vegas for ice cream, they do “cars and ice cream” it’s a kind of 50s rockabilly thing. I went to Salt Straw for ice cream, With the guy who makes those who invented those, we foraged in the forest near him and then put those into ice cream that I helped make. We even went to an aircraft carrier, because in the Navy they have a tradition of ice cream socials.”

That wasn’t all; the crew ventured across the country in order to craft the show. “We went to Adidas in Portland, Oregon. In Hawaii I went with a big with a crew of real masters, I canoe-surfed, and then saw some traditional tattooing. These masters were really reviving the Hawaiian indigenous sacred tradition of it. Then there’s the national Tattoo Convention I went to in Baltimore, you should have seen that one! Then the Aquadettes for our Pools episode. I went to Laguna Woods which is an area for older people and there these ladies in their 80s who do synchronized swimming and I joined them. Then there’s this little thing called L.A.R.P.,” Goldblum teased.

“I did it, but I had never seen it. For coffee we met this guy David Schirmer, I learned how to do a little bit sort of latte art. Pit boys! We did barbeque.” 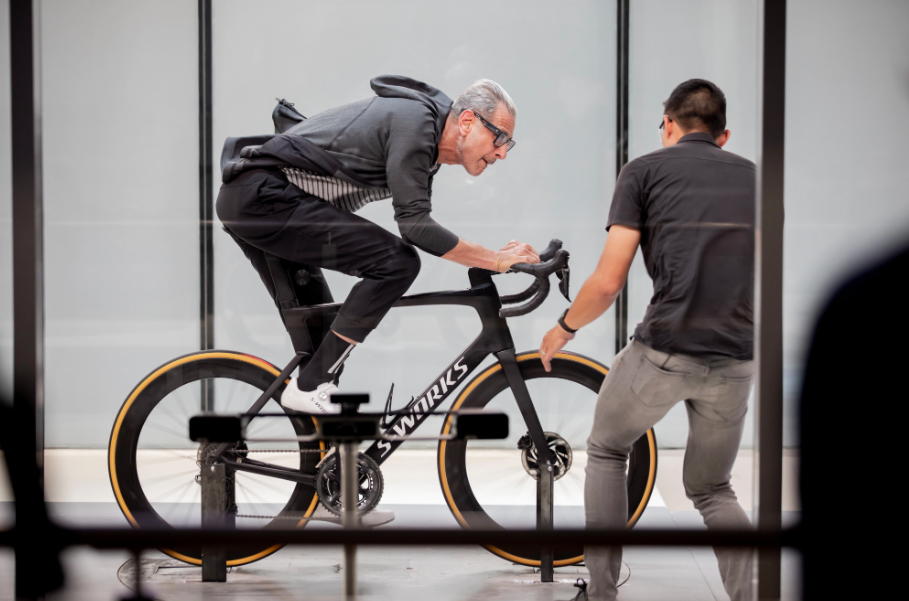 The show also ended up being something of a homecoming for Goldblum. “We also went to Pittsburgh they have a Jeff Goldblum day there where you can get a Jeff Goldblum tattoo. I surprised people there, I didn’t get a Jeff Goldblum tattoo but I did get to make a couple of marks on some people. We went to a county fair and there was a demolition derby of RVs. It was unbelievable! Extreme sports! I did BMXing, I tried specialized bikes made by the people who make the ones for the Tour De France, the most high tech films. We did video games.”

Of course he kept going. “Then, oh, Detroit bikes they made me a bike, a beautiful guy made me a bike that I did this slow roll with. In Detroit, there’s this thing called slow roll, which is really replacing the automobile bust there and a boom starting and it’s environmentally correct with bikes. We did the RV Hall of Fame in Elkhart, Indiana and then saw the Jayco factory with a bunch of Amish people making RVs. For jewelry, we went to a traditional Indian Wedding. Ben and Jerry’s!! I met Ben and Jerry and we ate some ice cream together and they told me all about that.”

His escapades introduced him to plenty of new experiences, though one of the ones he seemed most surprised about is a particularly online trend. “During the Barbecue episode we met Stephanie Soo, she does Korean BBQ on YouTube and people watch it; it’s called Mukbang”. The newness of it all left Goldblum feeling philosophical. “It was a whole summer that felt like I was constantly saying ‘when would I ever have done this otherwise?’ It was almost like I was dying and I was like, ‘I need to make a bucket of all these things I should do before I die.'”

There are plenty of other spots to look forward too as well including an edible cricket farm in Austin, smart tattoos that can tell you about your health, the Levi’s headquarters, a cattle ranch, Jeff indulging in some line dancing, floatation tanks, anti-surveillance makeup tutorials, and LGBTQ parade in New Orleans, a pair of custom grills, drag brunches in L.A. and training in a massive underwater tank with Astronauts. You can check out all of those adventures when The World According to Jeff Goldblum is produced by Nutopia and launches with Disney+ on Nov 12th.