Jeff Loveness is best known as a writer on Jimmy Kimmel Live! and cult classic Adult Swim cartoon Rick and Morty. But in the new DC Nuclear Winter Special #1, Loveness pulls out a brilliantly bleak exploration of love, sacrifice, and grief in a short story focused on the Flash. Loveness is no stranger to comics and has written at both Big Two publishers before with titles such as Groot, Nova, and a short story in DC’s Beach Blanket Bad Guys Special. It was that comic which led to him being asked to create a tale for the DC Nuclear Winter Special, which places DC’s incredible roster of heroes and villains into a post apocalyptic landscape. For Loveness, it was an opportunity far too tempting to turn down. “I really just wanted to jump on that because you’re able to write these definitive out of continuity stories, so you can go really dark or really creative! It’s almost like getting to write your own little Elseworlds story!”First and foremost, Loveness is a comic book fan, which has made his transition to comic book writer even more of a transformational experience. “It’s truly insane to me. I grew up reading graphic novels in Barnes & Noble waiting for my mom to come and collect me! These are the stories that taught me to read, so it’s so surreal that I get to inhabit the voices of Superman, Lois Lane, the Flash, and all these other characters. It hasn’t really sunk in yet, and I just hope I do a good job with it. I feel a lot of responsibility.” 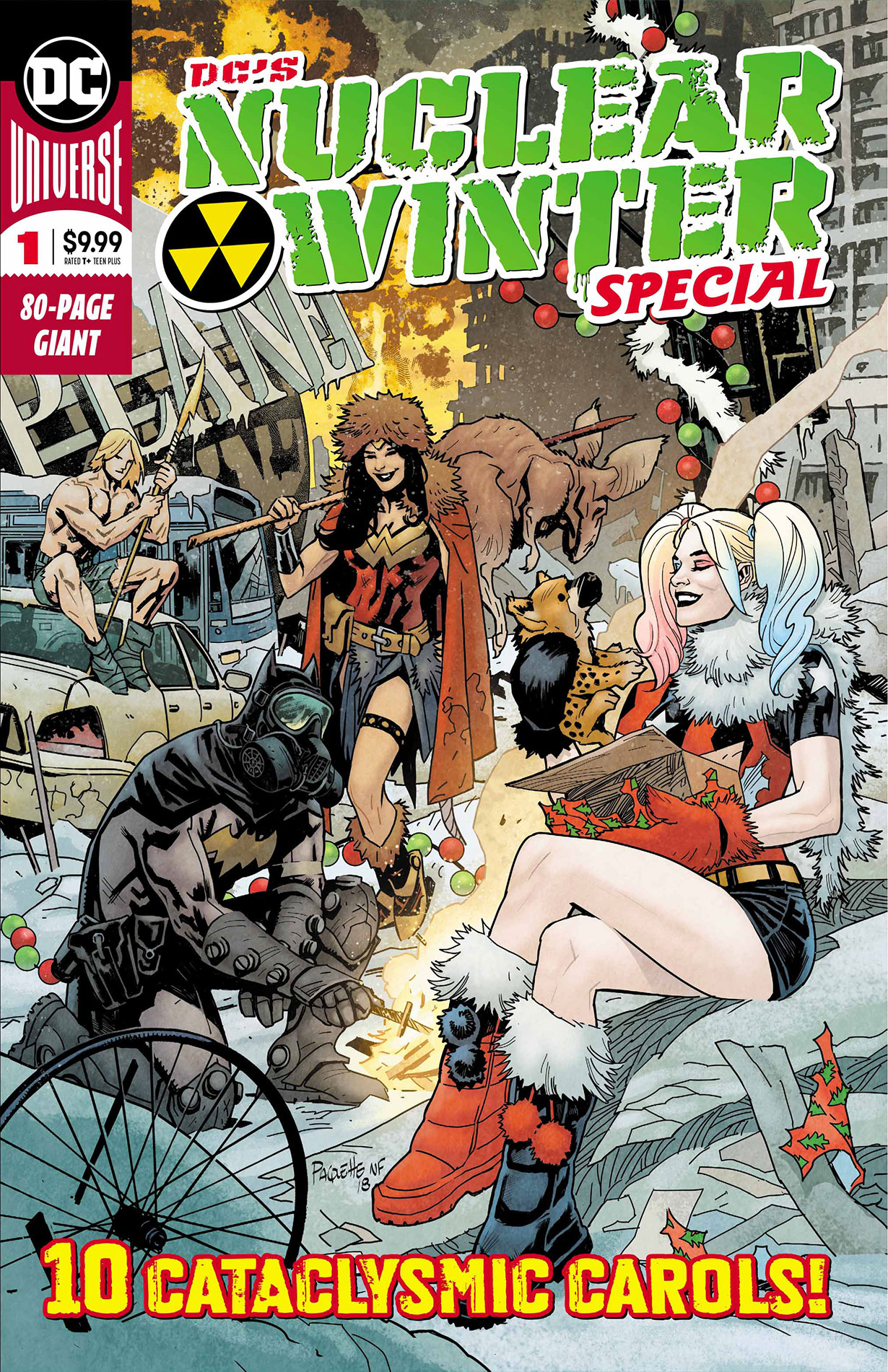 Nerdist: Your short focuses on the Flash. What was it that drew you to telling this particular story?Loveness: I love the Flash. He’s very selfless, he always sacrifices himself. You know, Barry Allen has died in the past, but then sometimes I found that his death didn’t matter that much because they would always go back in time and fix it or resurrect him, or there were five other Flashes around! So while I had this opportunity to do a story that was a little outside of continuity, I wanted to make one of the sacrifices really matter and really live in that moment. In this story, Barry does make that sacrifice for his friends, but then he has to live with it inside this poisoned Speed Force. Then it kind of became this Christmas ghost story where he gets to look through the veil and see the impact of his sacrifice. Though it’s a sad story, I think it has a hopeful ending, and it lives with the weight of giving up your life for your friends rather than just resurrecting him three months later! 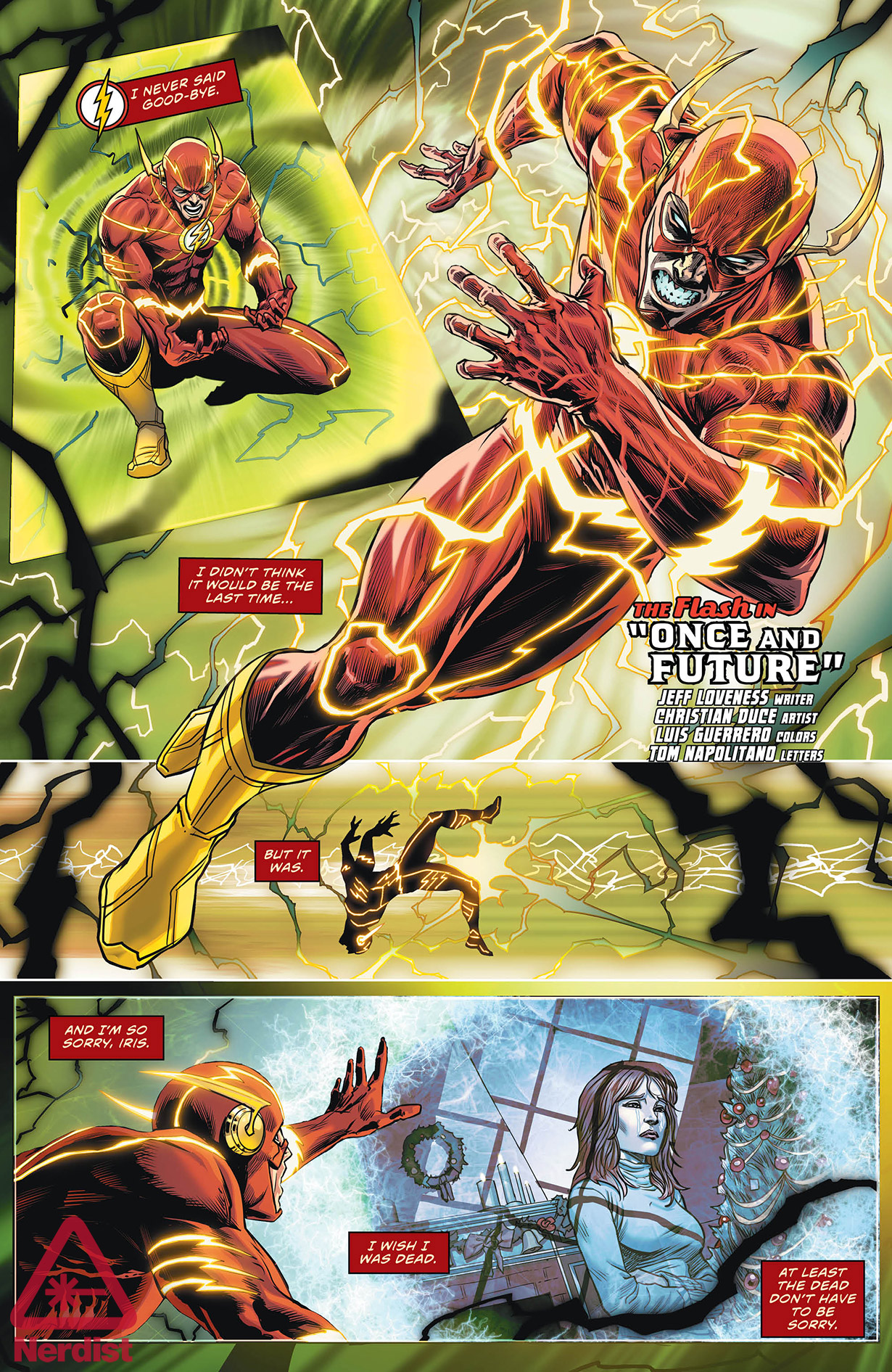 Nerdist: This story is a departure from the comedy writing that you’re known best for. What’s that transition been like for you?Loveness: That’s been one of my favorite parts of my side career writing comic books. I try and pepper jokes whenever I can, but it’s a great opportunity for me to stretch and challenge myself. Comedy can be like an exhaust vent to let out tension and pressure, so sometimes it’s nice to not turn that little nozzle and keep the pressure on and challenge yourself to commit to a serious story. This is probably the most serious comic I’ve written, and I enjoyed the challenge. Now I want to write more of these. 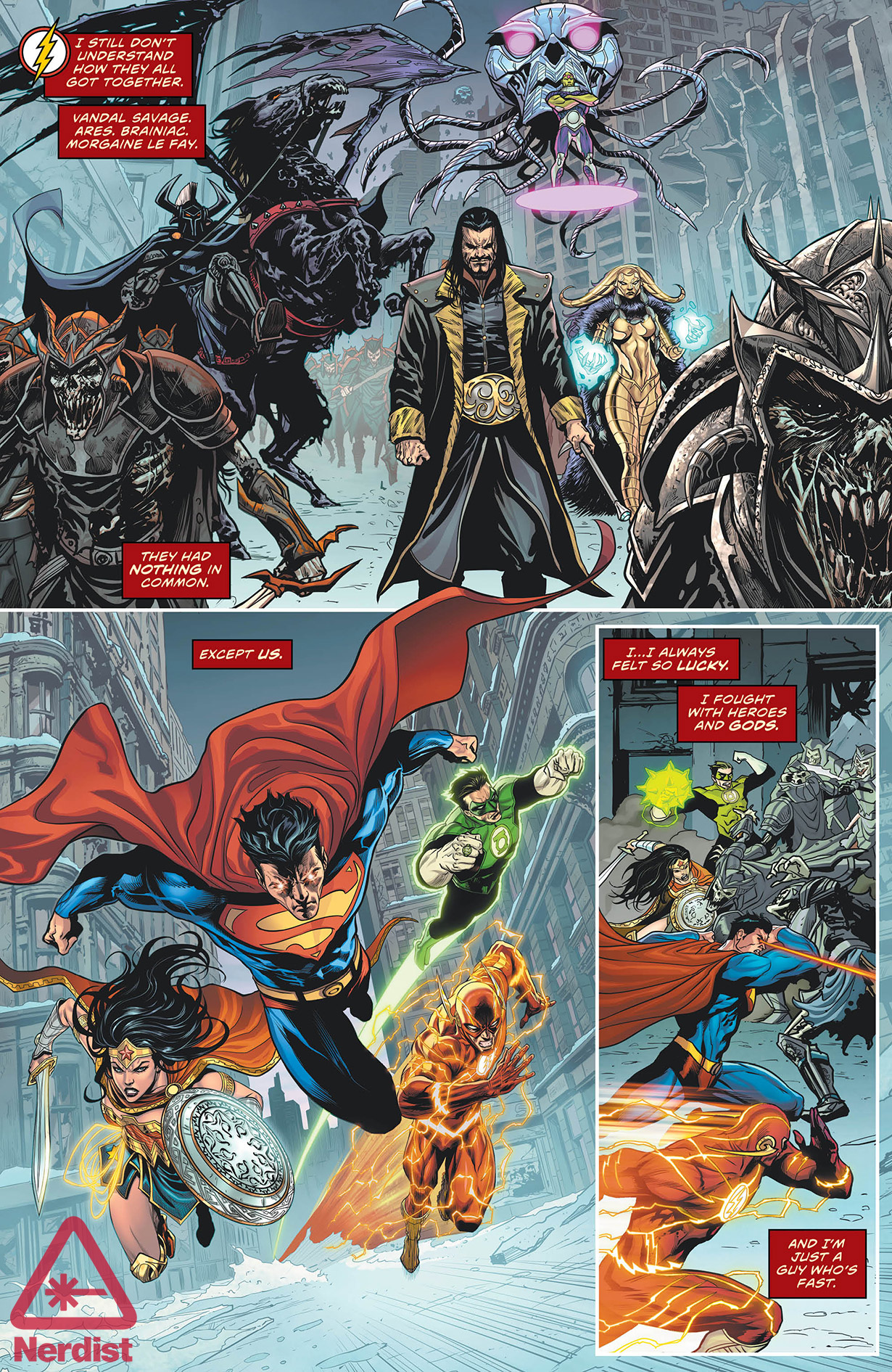 Nerdist: The art team of Christian Duce and Luis Guerrero do a stellar job creating a vibrant world in the face of a heartbreaking story. What was that process like?Loveness: Once I saw that Christian was the artist, I knew I could put in some fun things for him. There’s not much action–it’s only a short story–but I knew I had about three or four pages of action to fit in a bunch of cool characters. I tried to put together some villains from the DCU that I hadn’t worked with before. I love Vandal Savage, Morgan Le Fay, Brainiac, and people like that, so they make brief appearances because I really wanted to lean into that apocalyptic action. And as you can see the team just nails it!Will you be picking up the DC Nuclear Winter Special? Excited to see Jeff’s take on Barry Allen? Let us know below!