Pick Up JAWS and Spend Game Night With Chum(s)

It’s summer year-round when you pick up and play Jaws from Ravensburger! Be the shark or put yourself in the soggy shoes of Chief Brody, Hooper, and Quint in this competitive and cooperative asymmetrical strategy game. 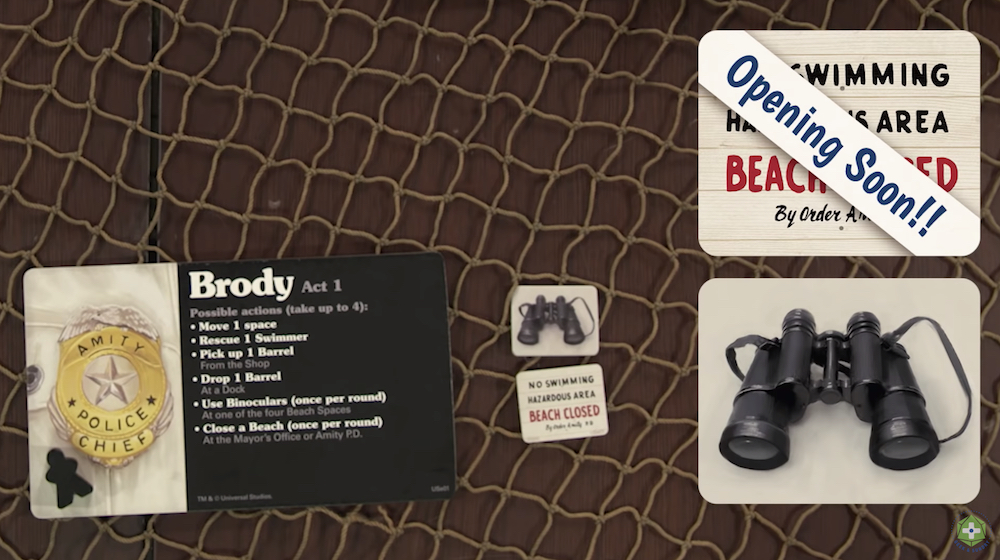 The suspenseful game is split into two acts and can be played by two to four people. In the first act, the shark is on the prowl for swimmers, and the remaining players—taking on the roles of Brody, Quint, and Hooper—work together to find and stop it. Each player gets their own character board with possible actions, and the shark gets a token for the game board that’s both strangely adorable and very deadly.

The shark chooses a starting location and keeps it secret from the other players. Then the hunt begins! 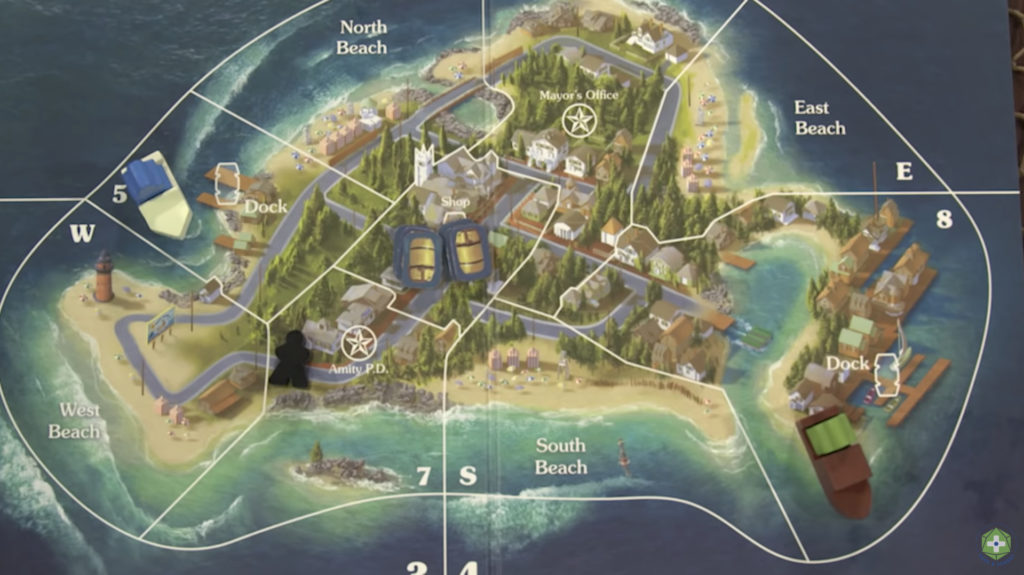 The shark player secretly moves around the board (and tries not to hum the Jaws theme but will invariably fail) and eats the swimmers on the beach. Event cards determine the location of swimmers and other actions. Meanwhile, the crew players will attempt to track it down, save the swimmers, and attach the two barrel tokens to the shark. On their turn, the shark must let the crew know where and how many people have been eaten and if any motion sensors have been tripped. The prowl continues until either the barrels have been attached to the shark, or the shark eats nine unlucky swimmers, and then Act 2 begins.

You’re gonna need a bigger tabletop! Well, not really, but the game board flips over as gameplay now moves to Quint’s fishing boat, The Orca. The board is set up with eight tiles to make up pieces of the boat, and a new gameplay goal begins: sink the ship and eat the crew, or stop the shark once and for all.

Like Act 1, the second act is played in rounds, with both the shark and the crew taking actions on their turns. The shark resurfaces on each turn and has a number of ability cards based on the number of chomped swimmers. The crew attempts to predict where it will appear next both to attack it and save their own skins. It’s a tense game of cat and mouse shark and crew as players reenact one of the most heart-pounding scenes in cinema.

Let Becca Scott walk you through the game setup and available options in each round in this episode of How to Play.

Jaws is currently available exclusively at Target stores everywhere. For more sharktastic shenanigans, watch Becca and friends play Jaws in this episode of Game the Game! (Of course she’s the shark.)