No matter how much Jason Voorhees has scared us over the years, we can take solace in the fact that he is not real. The goalie mask-wearing unstoppable slasher from the Friday the 13th franchise haunts dreams. And everyone knows he’s merely a fictional character… right? But something tells us that knowledge isn’t particularly comforting for scuba divers in Minnesota when they unexpectedly come across his statue at the bottom of a mine pit. We learned about this terrifying real world horror at Bloody Disgusting, and it’s the work of Doug Klein. He built this nightmarish/fantastic piece, replete with machete in hand. Then Klein placed it 120 feet at the bottom of a spot for divers in Crosby, Minnesota—specifically in a state-owned mine pit known as Louise. This is what the statue looked like originally…

Oh dear god, that is not okay. After a few years underwater, the Jason statue (and we have to keep reminding ourselves this is just a statue), is starting to show some wear and tear. But honestly, that just makes him look even more terrifying, like he’s long overdue for a murder spree.

And yes, the Jason Voorhees statue survived the decade that was 2020. Klein’s Curtis Lahr shared a video of the statue still very much looking like an absolute nightmare at the mine pit’s bottom about a year ago. A Jason Voorhees statue in Arizona didn’t have the same happy ending. Scuba diver Zachary Nagy placed a Voorhees statue of his own in Arizona’s Lake Pleasant. He built the statue himself and placed it in the lake in May 2018. But the supervisor of the park the lake calls home didn’t feel thrilled about the addition and slated it for removal. 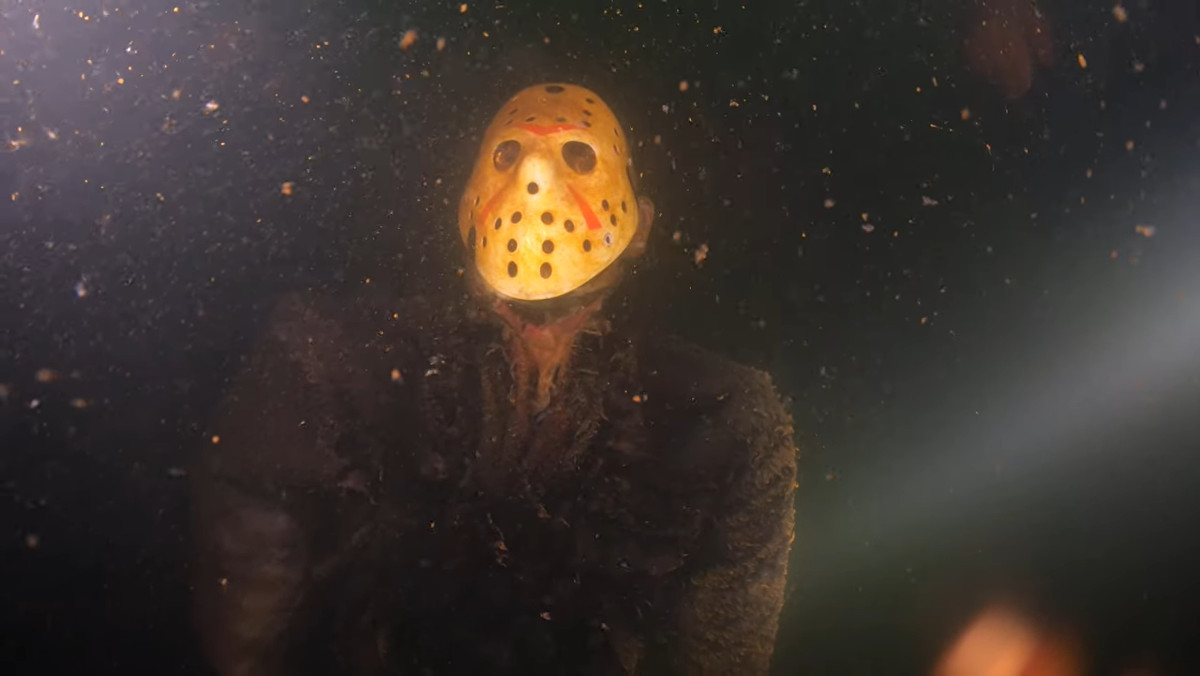 We know Jason Voorhees is a fictional character, but if we had ever gone into a body of water and come across this we would have been dead all the same.