The Cast of iZOMBIE On How New Seattle Reflects Our World

Fantasy and science fiction have long been used as political and social analogs, ways of creating cultural commentary from the masses. Though a crime procedural about a zombie eating brains might not seem like the obvious choice for some razor sharp satire, the early episodes of the fourth season have revealed an entirely new take on iZombie, including a walled city, a zombie refugee crisis, and an anti-zombie hate group. When we sat down with the cast on set in Vancouver last year, they opened up to us about the expansive new world of the show and the real life events that have influenced it. The first hint that the world of iZombie would be forever changed was at last year’s Comic-Con San Diego when it was announced that “people know about zombies, and there’s a wall around New Seattle.” It turns out the cast found out at the same time as fans. “That was exciting. We found out about that when everybody else found out about it at San Diego Comic-Con. We just thought it was definitely timely and relevant to what was happening in the world right now. And our main thing was of all this fantasy, how do you do that in an honest way? Just do it in a very, very honest way, and I think they did that,” revealed Malcolm Goodwin, who plays Clive Babineaux. For Rahul Kohli, who plays Liv’s partner in crime Ravi, it’s important that the show focuses on serious topics. “I know we’re on the CW and we’re a light-hearted comic book show, but that shouldn’t steer away from drawing attention to certain things and getting people to ask questions about how they feel about those things. Because they’re not black and white either, there’s some gray and we deal with it in the show,” Kohli told us. “There’s some gray little things that happen with Fillmore-Graves for instance, scratching a human is a capital punishment. Making someone a zombie if that person–if their life–is in danger, you would think of that as compassionate. You know, if someone’s terminally ill–a child is terminally ill–and if you were to scratch them you would obviously save their life. At the same time, there are rations. Where do you get the food from? How do you support this population? One thing takes away another. Those are the things that are really interesting in that ecosystem that Rob’s created with this season.” 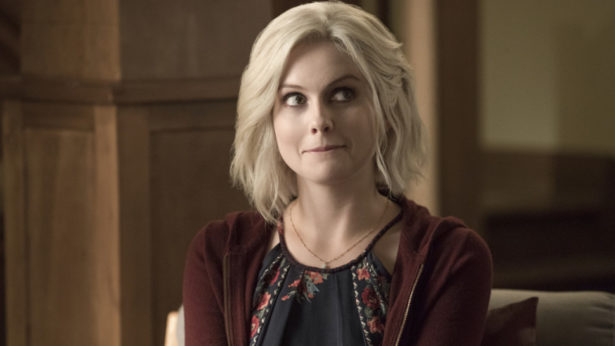 The show’s undead star Rose McIver agreed with her on-screen bestie. “I mean, that’s my favorite thing about this show is that I feel like from the start, while we were this zany comedy sort of zombie show, we’ve been able to make comments on things that I think need to be spoken about and are overdue, especially like a refugee crisis. We had a really touching moment that I can’t really speak about story wise, but what people are experiencing is touched on in a way that the power of communicating it through this very unexpected genre is just particularly moving. Then people start to make all these ties, and I’m really, really proud of that. I think our show hasn’t shied away from stuff from the start, and this season we are able to kind of also feed into the dialogue that’s going on in the world right now in a way that I feel really proud to be affiliated with,” McIver explained.

Have you been watching Season Four of iZombie? Loving New Seattle? Heartbroken by the plight of the zombies? Let us know below!

More of the nerdy stuff you love!